In celebration of the birth of Poul Anderson, we re-present this article. Enjoy!

Holger Carlson faces a particularly nasty and repellant adversary towards the end of the novel, finding himself trapped in a lightless cave with a troll. Again, many fans of fantasy fiction would be surprised by Anderson’s depiction of the troll. Most readers might expect something along the lines of Tolkien’s three lumbering and quarrelsome monsters who almost eat Bilbo and the dwarves in The Hobbit. These beasts owe their general appearance and behavior to Scandinavian folklore. What Holger Carlson faces is nothing like that. Instead, he must overcome a creature “perhaps eight feet tall…His forward stoop, with arms dangling past thick claw-footed legs, made it hard to tell. The hairless green skin moved upon his body. His head was a gash of a mouth, a yard-long nose, and two eyes which were black pools….” The monster proves immune to all of Holger’s attacks until fire is employed. This is without a single doubt the creature that gave us Dungeons & Dragons’ green-skinned, long-nosed, and regenerative troll, a beast killed permanently only by burning it.

Another title worth mentioning in the context of early RPGS and Poul Anderson is his novel The High Crusade. The book tells the story of what occurs when an extraterrestrial scout ship lands in England during the 14th century, and the locals get their hands on alien technology. While the novel can’t be said to directly inspire any specific element in early RPGs, it does serve as a reminder that the barriers between fantasy and science-fiction weren’t as well drawn once upon a time. Gygax and Arneson were well aware of this and both the Greyhawk and Blackmoor campaigns were places where high magic and high tech sometimes rubbed shoulders. DCC continues that fine tradition with adventures such as Frozen in Time and Against the Atomic Overlord.

And be sure to visit our Adventures in Fiction home page to read about the classic authors of Appendix N!

This Week On Twitch! 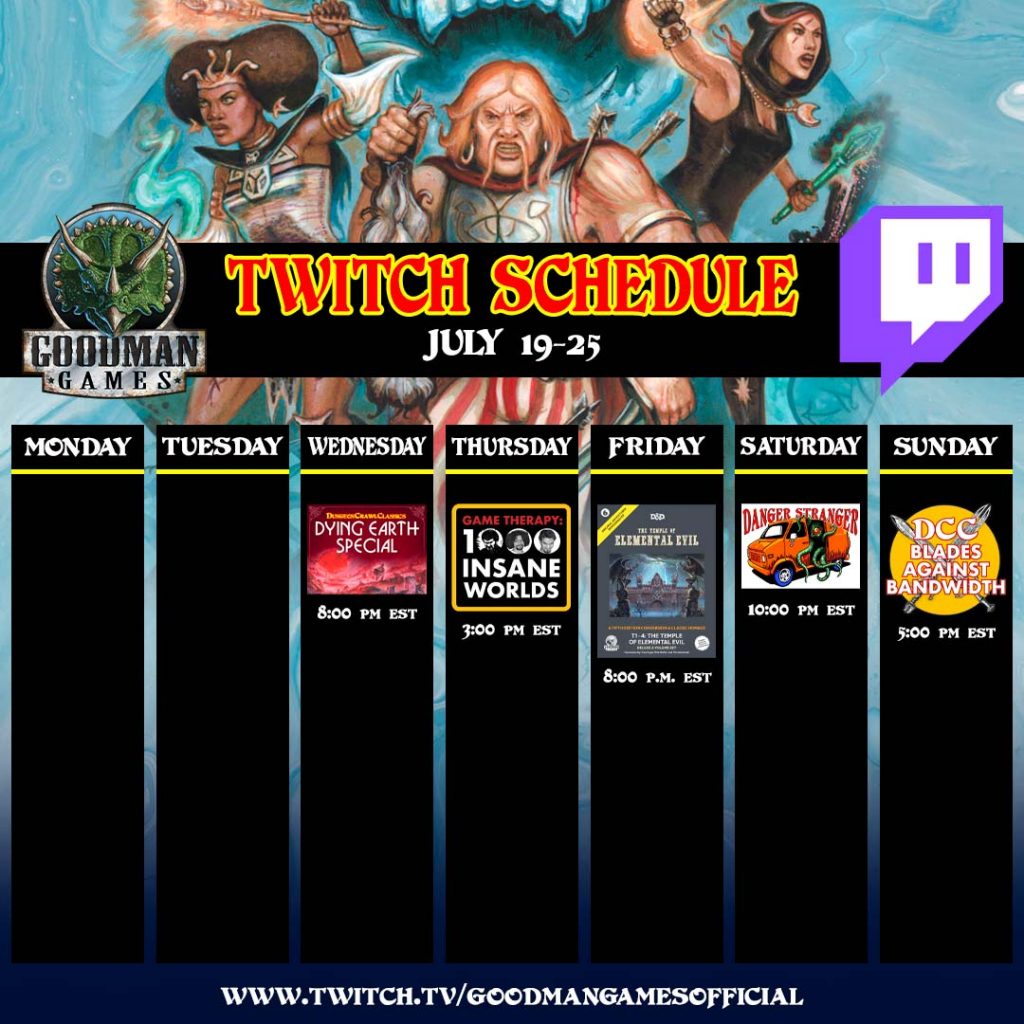