The Origins Dungeon Crawl Classics Team Tournament continues! After a hectic round two, the finals of the tournament are set. Two will enter, one will leave.

The four teams of competitors who sought to best The Riders of the Phlogiston have pit themselves against the task, and we are proud to announce the results. So, without further ado….

Here’s the list of the teams who will compete to become the champion of the 2019 Origins Dungeon Crawl Classics Team Tournament:

As with the previous round, teams cannot add or substitute new players between rounds – if you have players that cannot make it, you may elect to proceed without them, but teams have to have a minimum of two players to play. Also, scores will reset between rounds, so all the teams playing in the next round will start out with the same points.

Thank you to everyone who participated in the tournament this year and good luck in Round 3 to those teams that have advanced!

The winner of the tournament will be announced at the booth on Sunday, June 16th at noon!

Come by the Goodman Games booth (that’s booth 437) for all the latest news on the inaugural Origins Dungeon Crawl Classics Team Tournament, and to check out the selection of goodies on hand! 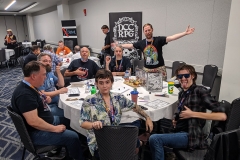 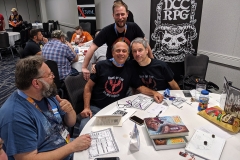 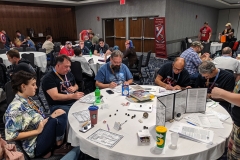 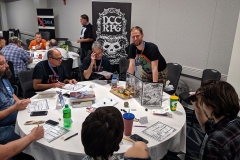