Goodman Games was at three different shows in the past seven days, and we had a fantastic experience at all of them!

Held at the gorgeous Monona Terrace Convention Center—designed by none other than Frank Lloyd Wright—ACD Games Day easily matched the facility. Hundreds of retailers showed up and met with Goodman Games and the reps at the show, and sat down on Thursday night to sample the kind of adventure that you can only get with Dungeon Crawl Classics. (A HUGE thank you to Tim Krause from the Road Crew for stepping up and running the fast-paced demoes at the show!)

A huge thank you to everyone at ACD for hosting another great trade show, and to all the retailers who attended the event. We look forward to seeing you next year!

It was a cool, clear night in the City of Angels, and the headlights were blinding as the cars rolled in to the grounds of Strategicon’s Gamex convention, Memorial Day weekend 2019. Star-struck fans of Goodman Games found none other than Michael Curtis pacing the floor and looking nervously over his shoulder. Little did they know that before the weekend was out, characters would lie dead on the table, dice and drinks scattered to the winds, but everyone had a smile on their face as if nothing bad had happened. Sure, they all had alibis, sure, they’d all say they had a great time — but Curtis had been there, which cast the whole thing in a dubious light. Did I say ‘dubious’? I meant fun…

Perhaps as a distraction from the mayhem at the gaming tables, the newest DCC module—The Star Wound of Abaddon—flew into more than one femme fatales’ hands. And the reprint of Emerikol Was Framed made it’s debut, as well, written by none other than the aforementioned Mr. Curtis. A coincidence it can’t be. But I’ll leave it to the authorities to sort it out.

Studebaker-sized thanks to the fans for coming out, and to Victor Bugg and all the con staff for their help, time, and professionalism. It was fun while it lasted, but it never lasts long enough in this town. Now there’s just time enough for a Big Nap before the next convention rolls back into town….

Keep your eyes peeled and your ear to the ground—we’ll see you in August, Los Angeles

Come for the cosplay, stay for the crippling corruption turning your wizard into a barely recognizable parody of humanity! Goodman Games made the scene at Momocon with mob force! We had a fantastic time meeting new friends, reconnecting with old friends, and rolling those dice. Huge congratulations to the Division III Atlanta Peconvicts, who fought DJ Rosie the Riviting’s troops to a standstill in the Xcrawl event, and raised a whole lot of money for Jasper’s Game Day! Huge thanks to RPG Overlord Ginny Loveday and the entire Momocon staff, Judge Jay Domingo, Judge William Keller, Judge Tim Loughrist, and everyone who came out and said hello.

Jasper’s Game Day supports mental health awareness and teen suicide prevention – and now YOU can join the fun and help out!

A HUGE thanks to everyone at every show who made each a delight! We cannot wait to see you folks again next year!

Now let’s look at some pics! 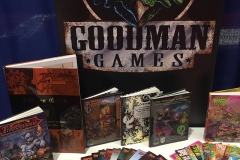 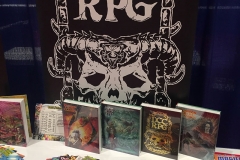 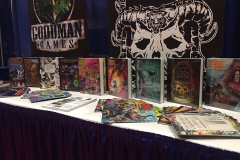 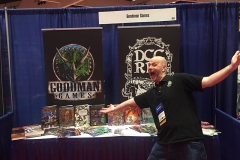 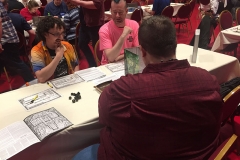 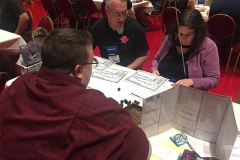 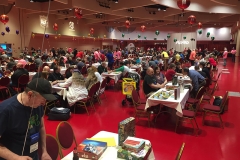 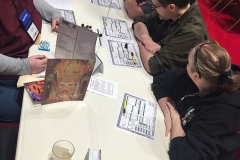 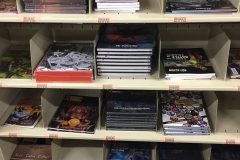 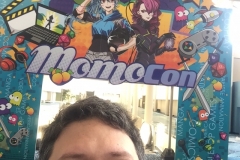 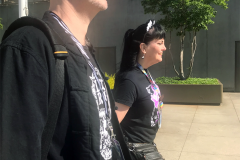 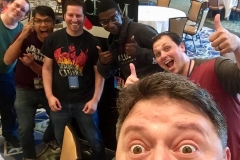 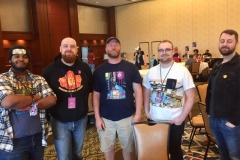 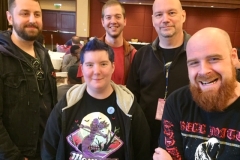 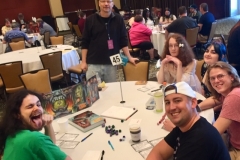 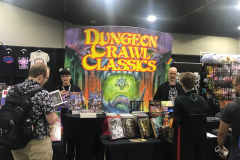 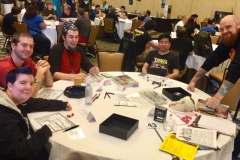 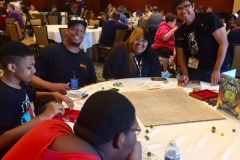 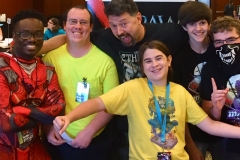 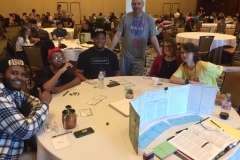