Announcing the Cover Art to DCC #99: The Star Wound of Abaddon 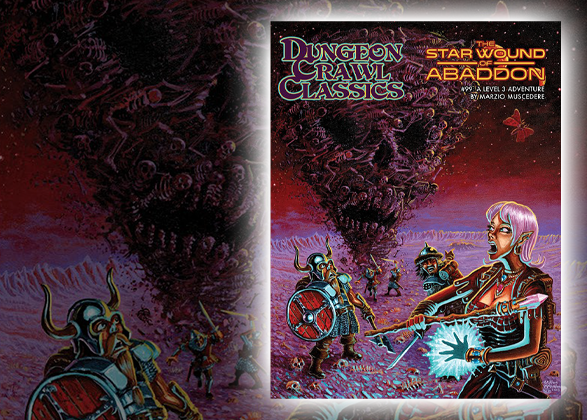 The events of Gary Con continue to resonate throughout the offices of Goodman Games—and we mean that in the best possible way! At our “What’s New With Goodman Games” seminar we announced several new projects—including Expedition to the Barrier Peaks, DCC: Empire of the East, and Tales From the Magician’s Skull #3—and now here is our next announcement from the show! 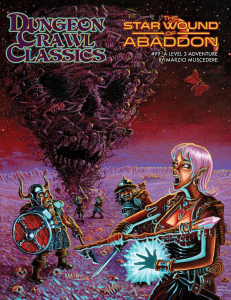 At Gary Con we showed off the new cover art to DCC #99: The Star Wound of Abaddon. And now you can see it as well, featuring artwork by William McAusland.

There is plenty more to talk about regarding this adventure, but for now we just want to show off the cover and let everyone know what is coming! We’ll post additional details as DCC #99: The Star Wound of Abaddon gets closer to completion! 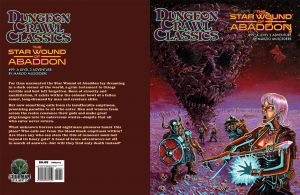