Announcing DCC: Empire of the East 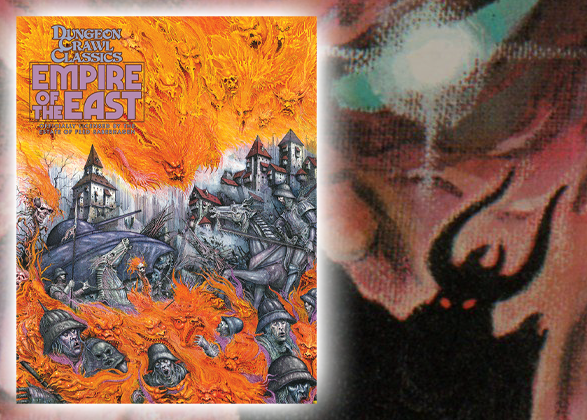 Gary Con is over and it was a great con! We loved seeing everyone and experience the community running all those great games! At our “What’s New With Goodman Games” seminar we announced several new projects—yesterday we announced the next book in the Original Adventures Reincarnated series, Expedition to the Barrier Peaks—and today we are back with another announcement from the con!

Every Dungeon Crawl Classics fan knows Appendix N is the bibliography that Gary Gygax credits as his inspirations for creating D&D. DCC RPG was created in part by going back to the primary sources of Appendix N and re-reading them for inspiration. Goodman Games has previously announced licenses to publish two works of Appendix N—Fritz Leiber’s Lankhmar and Jack Vance’s Dying Earth. We’re very excited to now announce a third Appendix N license. In partnership with the estate of Fred Saberhagen, we are proud to announce Dungeon Crawl Classics: Empire of the East! 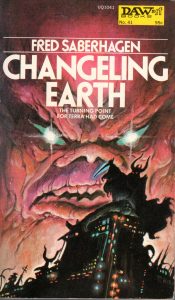 Saberhagen’s book, The Broken Lands, is the first book of the Empire of the East series, and is referenced by title in Appendix N. The three-part series of books is a perfect match for DCC—as well as MCC. The books are set in a post-apocalyptic world where magic and science are indistinguishable. Sentient computers, abandoned missile silos, atomic-powered tanks, radioactive demons, sorcerers, sprawling empires, and strange elementals are all part of the story. The Dungeon Crawl Classics adaptation will provide rules for playing in Saberhagen’s setting, as well as stats for adapting these elements to your home game.

Cover art for the DCC: Empire of the East setting is by living legend Ian Miller. Best known for his seminal work at Games Workshop in the late 1980’s, Ian Miller defined the look of fantasy gaming for a generation of British gamers—as well those Americans lucky enough to encounter his work during that time. The amazing cover art featured here should give players a taste of what they’re in for when they encounter the Empire of the East!

Dungeon Crawl Classics: Empire of the East is slated for release in late 2019. We will post additional details as the book gets closer to publication.

In an earlier version of this article, we mistakenly reported that Empire of the East began with the novel Changeling Earth. It has been updated to The Broken Lands. 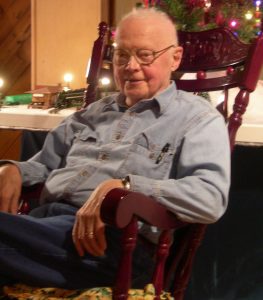