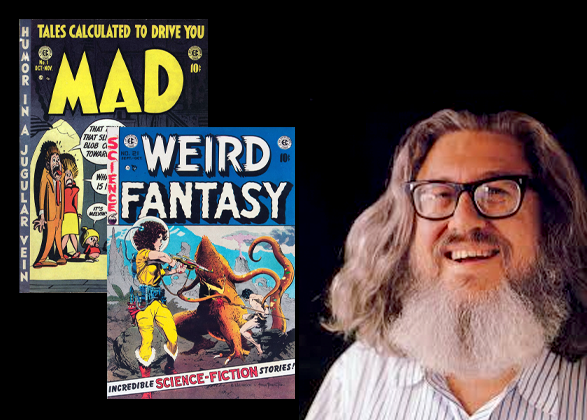 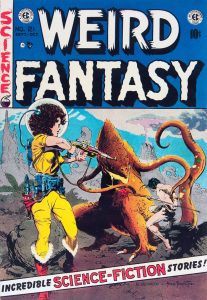 Today, March 1, would be the 97th birthday of William Gaines if he were still alive. William Gaines is a name not familiar to most D&D and DCC fans, but perhaps it should be, for his body of work is explicitly named in Appendix N. William Maxwell Gaines was the publisher and co-editor of EC Comics, the legendary 1940’s-era publisher of Tales From The Crypt, Weird Science, Weird Fantasy, Valor, and Mad Magazine, among others. As Gary Gygax states in Appendix N:

“Then too, countless hundreds of comic books went down, and the long-gone EC ones certainly had their effect.” 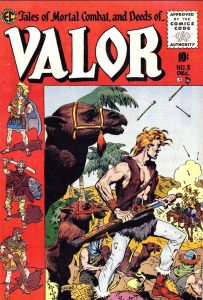 Appendix N is Gary Gygax’s legendary bibliography of the tomes that inspired his contributions to D&D. It can be found in original AD&D Dungeon Master’s Guide, and we have published it right here on the Goodman Games website as well.

Over the last decade, the OSR community has researched Appendix N exhaustively. Many authors, including myself, have reviewed and analyzed the “inspirational and educational reading” that Gygax proffered for consideration. Collectively we have identified how Appendix N shaped D&D, and in many cases found direct linkage between Appendix N concepts and D&D rules.

Yet the intriguing sentence about EC Comics has never been unpacked, at least not to this author’s knowledge. Gygax acknowledges the influence of EC Comics, with no details. Which particular EC Comics influenced him? Was it the horror comics, or the fantasy comics, or the science fiction ones? Or was it everything? Did they give him plot ideas, or monster inspirations, or other notions? What was the impact? What was the influence? 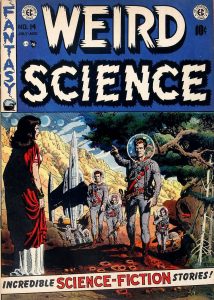 As a longtime fan of EC Comics, as well as D&D (of course), I do see thematic similarities between early EC Comics and D&D. But nothing as overt as, for example, the re-skinning of Jack Vance’s Dying Earth spells for direct use in D&D. The influence of EC Comics on D&D remains one of my personal “unsolved mysteries.” If you are a fan or savant with more information on this topic, I would love to hear it. Send your information to info@goodman-games.com!

The question remains, but all great mysteries are just puzzles waiting to be solved….