Last Chance For Lesser Key, Plus FOUR Other Kickstarters to Check Out!

Home » Latest News » Last Chance For Lesser Key, Plus FOUR Other Kickstarters to Check Out! 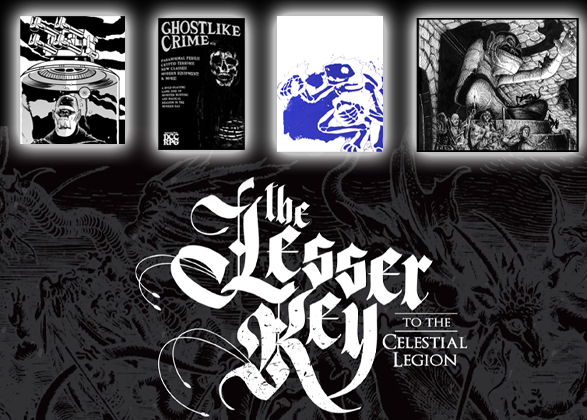 Wow. ZineQuest is a success! Let it be known that February 2019 is apparently now The Month of DCC Kickstarters! One of them is ending, two are in the middle, and two are just beginning. It’s a fabulous time to be a Dungeon Crawl Classics fan!

Let’s take a moment to look at each one individually. 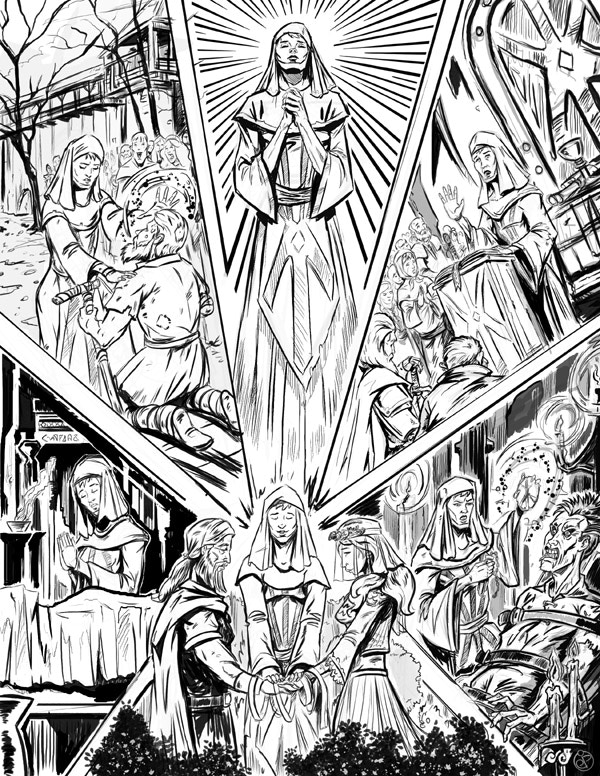 The Lesser Key to the Celestial Legion

We previously told you about The Lesser Key to the Celestial Legion and the Kickstarter to support it’s launch by Psychoda Press. Now the time is short, and if you are wanting to get in on the ground floor with this guide to the gods and goddesses of the game, you only have hours to act!

The Lesser Key to the Celestial Legion has over 35 tables, is filled with art by the talented team of Wayne Snyder, Dan Domme, Jayna Pavlin, Craig Brasco, Adam B Forman, Sam Stroud, Stefan Poag, and Sean McCoy, and is specifically written to be compatible with DCC RPG.

Head on over now! You only have a tiny window of time remaining to get involved! 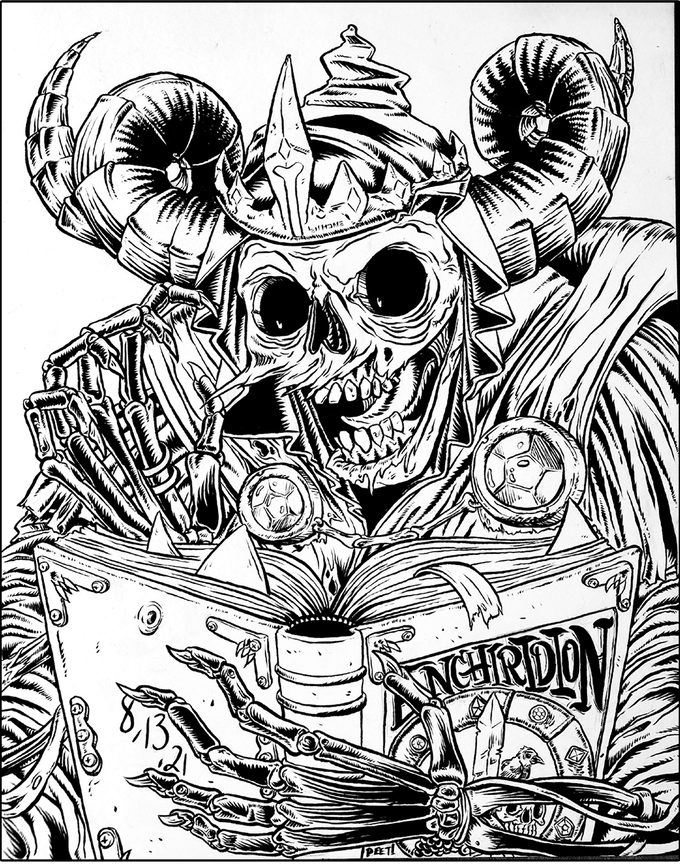 Ghostlike Crime is a tabletop role-playing game zine bringing magical realism, the paranormal, and cryptid terrors to a modern day dystopia using Dungeon Crawl Classics rules. The adventurers are monster hunters and defenders of humanity from paranormal threats. They are not a part of any government program, but an autonomous and clandestine group that also works to keep power out of the hands of oppressors.

There are still a couple of weeks left in this campaign, but it’s never too early to get involved! 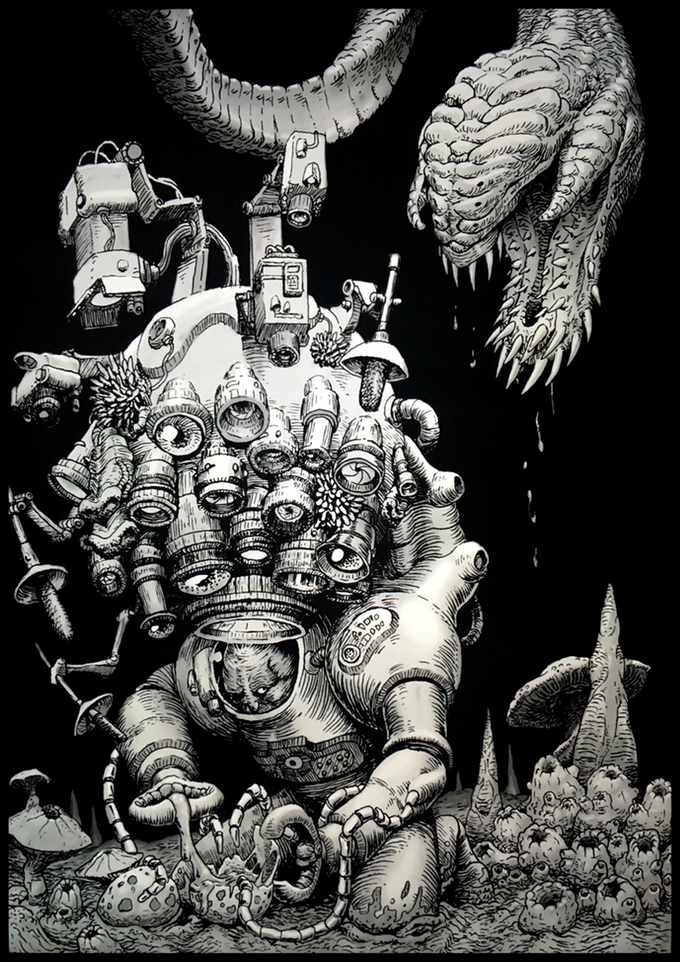 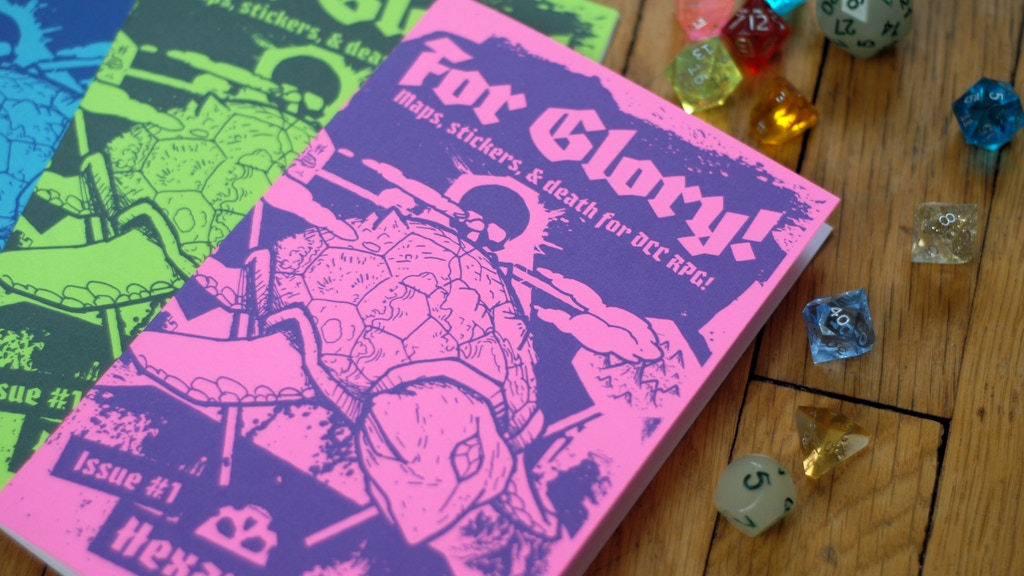 Creator Ariel Churi has done something a little different with For Glory #1: The Hexanomicon. Unlike most zines, this one presents a set of tools that allows the Judge to create a setting from a blank map and a series of stickers that create the world around them.

Be sure to check out this creative new tool for DCC today! 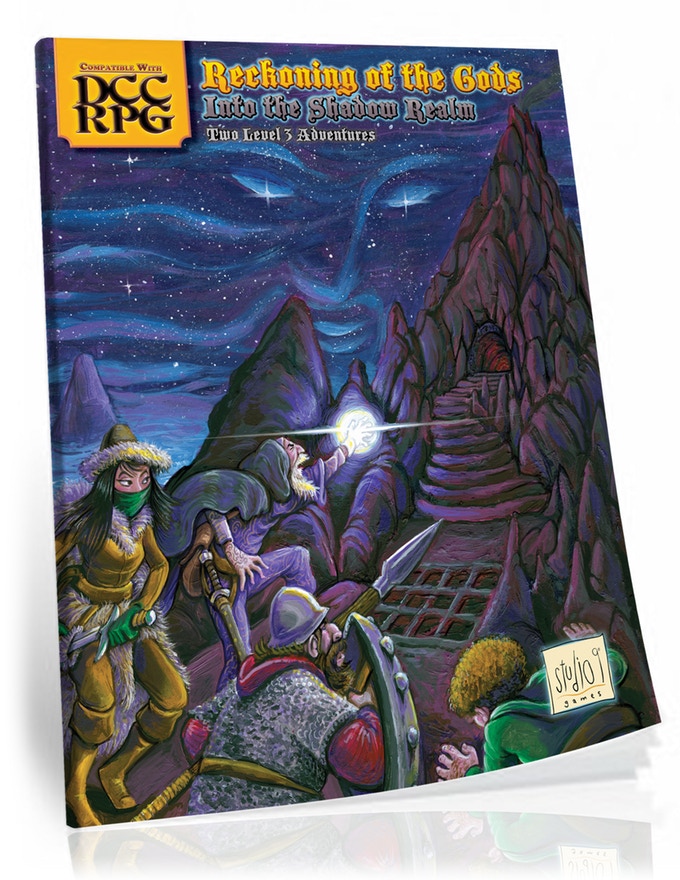 Reckoning of the Gods / Into the Shadow Realm

Reckoning of the Gods / Into the Shadow Realm is a 32-page stand-alone book built for Dungeon Crawl Classics, and is not just AN adventure. This book features a pair of adventures that overlap and create two distinct environments. The adventures are fashioned for 6-8 characters averaging 3rd level. There are a few deadly encounters which have to be navigated creatively, while groups purely interested in swordplay will find themselves creating new characters in short order.

That’s FIVE DCC RPG third-party Kickstarters that are currently live. What a glorious time to be a fan!