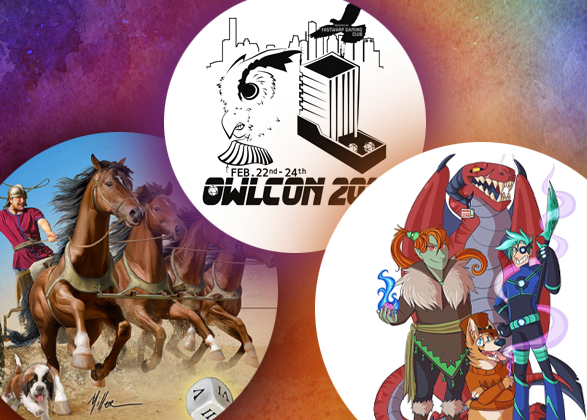 Whether you are in the megatropolis of Houston, the charm of Chattanooga, or the old-world style of New England, we’re out there for you to find.

From the heart of Rice University comes OwlCon. Our own Judge Brendan is making the trek down to Houston to join them for a weekend filled with dice and daring as he runs a bevy of games for those attending. Judge Brendan’s games are always an experience, so if you are in that corner of Texas, you need to seek this convention out! He’ll be running a total of six Dungeon Crawl Classics events over three days, so sign up while you can!

A little north and east of there, Goodman Games is making a return to ConNooga! We’ll have a full booth set up at ConNooga, hosted by our own Brett and Allyson Brooks, that will have all of the latest product, and some things that you can’t find anywhere else. The show takes place at the beautiful Chattanooga Convention Center, right in the downtown area. It’s the twelfth year of the show, so you know they’ve got at least a dozen things planned.

And all the way up in the wilds of Marlborough, MA comes TotalCon. Fans who make the trip to the show will find Michael Curtis in the halls, running games and meeting fans for the whole weekend. Michael is a fantastic game designer, funny as heck guy, and one of the best GMs ever to kill a thief who just wanted to scout ahead a little. Look for him running some great Dungeon Crawl Classics games and experience him for yourself!

That’s three areas of the country that will have a Goodman presence come their way this weekend. If you are near any of them, make it a point to drop by for some good times! 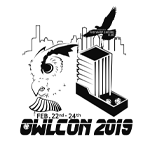 What: OwlCon
When: February 22 – 24
Where: Rice University, Houston, TX 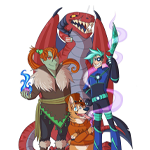 What: ConNooga
When: February 22 – 24
Where: Chattanooga Convention Center 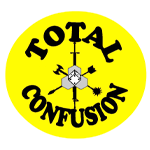