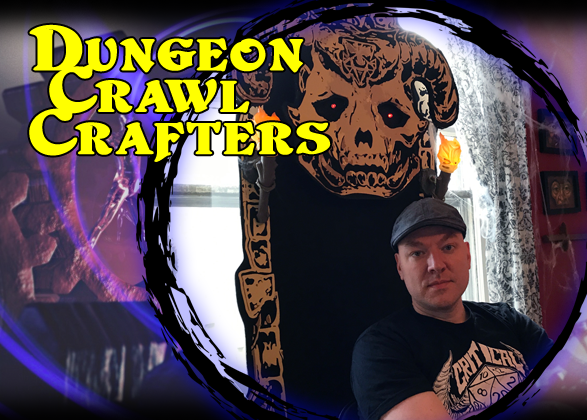 One of the most amazing things about our fans is their creativity. Their ability to take concepts and bring them to life in exciting ways. That’s why we’re proud to include a new feature to the site: Dungeon Crawl Crafters. It’s a way for us to showcase fans and the incredible creations they put out in celebration of Dungeon Crawl Classics and all things Goodman.

This time out we have some amazing talent. One man and his friends have taken the time to create some amazing props, including their very own DCC throne! Let’s meet Tommy!

How did you first encounter DCC? 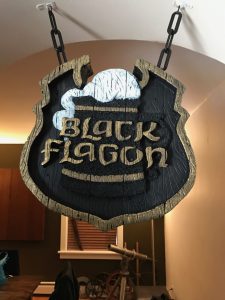 Well, I have been a long time devotee of Gen Con and in 2015 I was a vendor there for the first time promoting my toy company, Warpo Toys. You might have seen me running around that year in a giant Cthulhu costume. I must have had my picture taken 10,000 times. I literally could not walk 2 feet without someone wanting to take a snap with me. I was only supposed to be in the costume for an hour a day, but the great old one was really making the crowd go crazy and drawing fans to our booth. So I ended up staying in the suit for 6+ hours a day. So as you can imagine I didn’t have a lot of time to walk the floor. So on the last day, I made sure to escape the sweaty green suit early and see some of the sights of the best 4 days of gaming. My buddy Bryan said I had to check out DCC RPG. He is an aficionado of all things cool, so I headed straight toward Goodman game’s booth.

Once I got to the booth, I took one look at the Peter Mullen and Doug Kovac art and was immediately pulled back in time to my parents paneled basement, thumbing through D&D modules. I can’t remember who explained the mechanics of the game to me at the booth, but whoever did, had me hooked. The zero level funnel and the classic theme was just what my buddies and I were looking for in an RPG. I loved the concept of creating a game that harkened back to a more classic time while also improving on earlier RPG mechanics. I bought the core book and began Judging soon after.

Tell us a little about your use of props, and what you have done with your game space? How did all of that come about? How do you feel it enhances your games? 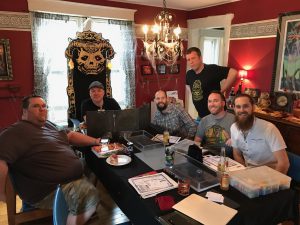 I am blessed to have such an amazing group of friends. All of us are creative in one way or another. Our party consists of toy designers, musicians, graphic designers, and artists. We try to make every time we play DCC an event. Is started by having a gift of some sort each time we played. We have gifted such items as handmade monster mugs with the player’s character name etched on the bottom, handmade dice bags, and DCC coasters from (www.gameroomthings.com). I even went to the shrine of Gary Gygax in Lake Geneva, WI to have d20s blessed for my group. Soon gifts were not enough. The host of each new game started creating amazing props and environments to enhance the game. My friends Jay and Chad turned their dining room into the local watering hole the Black Flagon from our campaign. They made a medieval chandler from a hula hoop and cardboard, the tavern sign from a piece of foam board and even had a fire-breathing dragon coming in the window! Not to be undone, my friend Bryan created a DCC throne of power for me next time he hosted. We also have themed menus, special cocktails, and challenges of luck.

What I mean by challenges of luck is that between games I give the party quests to compete that I then award luck to next time we meet. Some of the challenges have been things like cosplay your character, create a custom character sheet, make a mini-fig that represent your character and more. The winner of these quests gets luck awarded to them.

What piece from your collection represents your most complicated build? 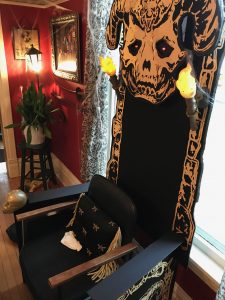 Some of our more complicated props are ones that directly tie to the mechanics of the game. My pals Rob and Steve took several weeks to create the Wizard Whateley from the adventure The One Who Watches From Below. Whateley has cursed the party so that every time they roll a fumble on an attack they have to feed their d20 into Whateley’s mouth. He then either defecates the players d20 back or replaces their d20 with a brown die. The roll that falls from the wizard’s robes is used on the corresponding fumble table.

Another prop that has really added to the gameplay is The Severed Hand of Eramir. Eramir was a character that was played by a new edition to our game. Unfortunately, the player could not stay to finish the game that night. So the party hacked up poor Eramir to toss his remains into a hallway to test for traps. The next time we played his severed hand returned to curse his mutilators. This took the form of a battery operated hand that travels around the game table and select a party member with one accusing undead index finger. Each time they roll a 1 for any reason they must deal with the hand. They then roll a d6 and then face the consequences on a curse table. This prop is too much fun and it doesn’t look like the party will ever figure out how to break the curse.

Can you share a story from your game group? 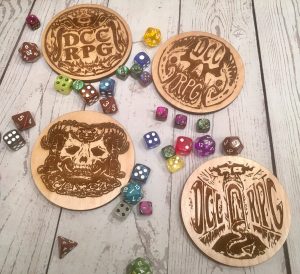 I have many stories like most Judges that get together with friends to play RPGs. The one that recently sticks out to me is when I got to play DCC from the other side of the Judge’s screen during the last Gen Con. All the years we have played DCC I have never gotten to play. My friends and I were lucky enough to get a slot for the Hole in the Sky. It was a great time to battle alongside my friends and run through a brilliantly fun zero-level funnel. I had heavy losses from my group of gong farms and peasants, but in the end, I had a lone adventurer survive. To have a hero begin his journey at Gen Con was truly epic!

Now here’s a gallery of some of creations by Tommy and his group! 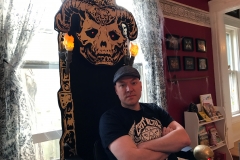 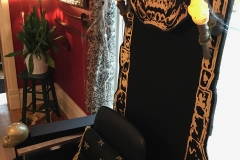 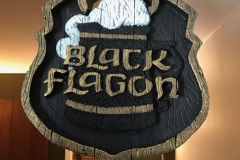 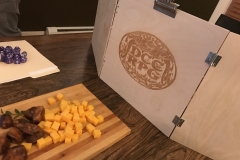 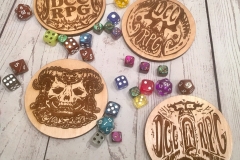 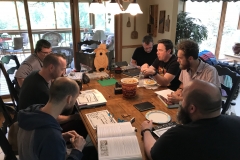 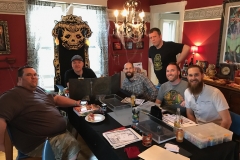 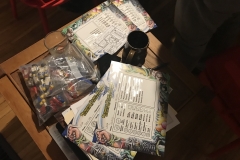 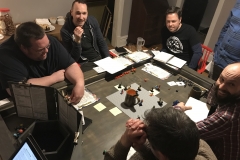