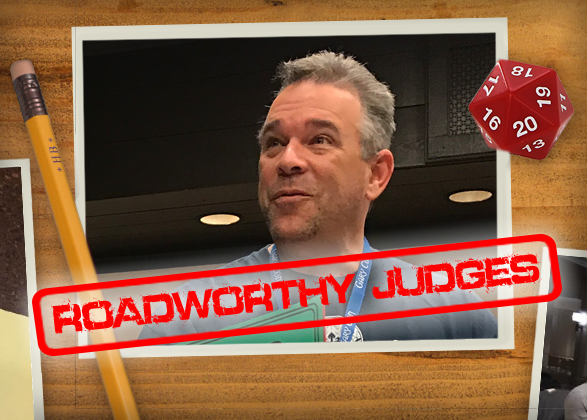 Many of you already know our next Roadworthy Judge. He’s been a staple at shows for years, and is a regular presence on Sanctum Secorum. In addition, he’s an accomplished writer and publisher of the upcoming Dark Trails RPG. We present Judge Dave Baity! 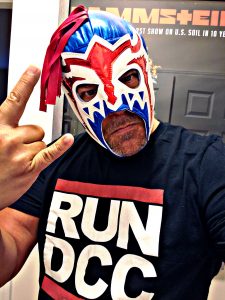 I’m a Cheerwine guzzling, crazy cat-man who shattered mirrors with his maniacal southern cackle on the Sanctum Secorum podcast for a year until they left the cage door open one fateful evening and I escaped with the Brinkman’s pet chupacabra. I currently pay for cat food and Butterfinger Dark bars by dragging hose into burning buildings and driving big red trucks with loud sirens.

A good friend decided he’d had enough of Pathfinder after a great year of gaming and wanted to get back to his OSR roots. He ran us through this DCC “funnel” thing, and I hated it! I went from an 8th level Half-Orc Thief to a 0-level gongfarmer, what was my DM thinking !?!

On a whim, a few months later I picked the book up used in a bookstore, and that was the moment it sunk its fleshy tendrils into my brain, or what’s left of it anyway. The rest is history and I’m pretty sure Joseph Goodman has a sliver of my soul kept in a mason jar on a shelf in his medicine cabinet! DCC, you complete me….

I ran 14 in 2017 and I’m currently at 8 with three or four more scheduled for Gamehole in November.

What can you tell us about Dark Trails?

After a couple of years of running DCC and getting Carnival of the Damned published I wanted a change for my home-based group. We decided on the Weird West. Black Powder, Black Magic was the obvious choice but was only at issue #2 and I wanted a more developed world to run my games in. We decided to switch to Deadlands, but it didn’t take long to start missing “DCC”. We took a few weeks off and I came up with eleven classes and a world going to Hell in a handbasket. Both would end up making the core of what is now the Dark Trails RPG.

The book will be a complete game that is compatible with the DCC rules set, yet also gives a handful of new systems and mechanics to help give the game it’s own identity. In addition to the eleven classes that folks seem to love (over a year of play- testing), you’re getting a “spaghetti western” styled game filled with blood, bullets, and whiskey! All of this is being served up by your favorite Elder Gods who’re just itching to get back into our dimension to burn it down to the ground.

Look for the Kickstarter to hit by end of the year and check out www.darktrailsrpg.com for more info in addition to Facebook and Google+ (end of shameless plug).

I’d have to say it was a ragtag group of guys that showed up for a game I ran at Monster Con here in Greenville in 2014. My first game had zero players and I was a little bummed. The following day these guys showed up and that was the beginning of a group of guys that have been putting up with me behind the screen on Sundays ever since! 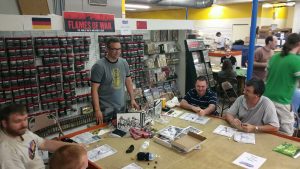 Borderlands Comics and Games and Boardwalk Games, both located in Greenville SC

What is your highest death toll in one single adventure?

Highest death toll? Definitely a Carnival tournament. I think it was around 32 in one session.

Play with as many different judges as you can and take a little of what makes them special and add it to your own portfolio of skills. I love playing under DCC judges new and old as I always seem to find something new to add to my own own demented style of play. 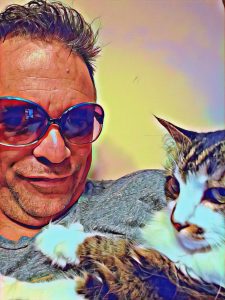