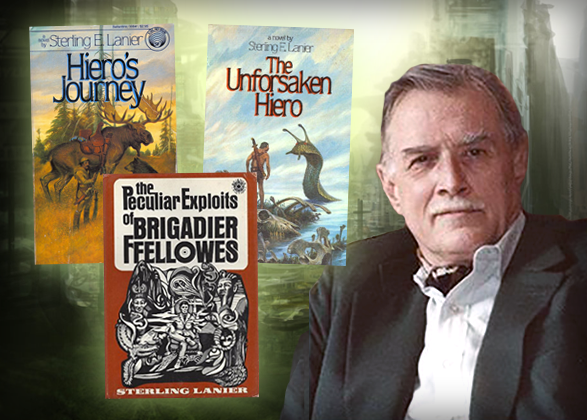 Today is the 91st anniversary of the birth of Sterling E. Lanier. He wasn’t just a favorite author of E. Gary Gygax, nor was he merely a cited influence on both the Dungeons & Dragons and Gamma World role playing games. For those things alone he would still be notable and of interest to role playing gamers everywhere. Sterling E. Lanier was the quintessential polymath. His personal interests ranged from skin-diving and boating to bird watching and conservation causes. He was also a naval and military history buff.

Graduating from Harvard in 1951, Lanier trained to be an archeologist and anthropologist. He later worked as a research historian in museums in the 1950s. One of his many passions included the speculative field of cryptozoology, which later fueled much of his fiction writing. 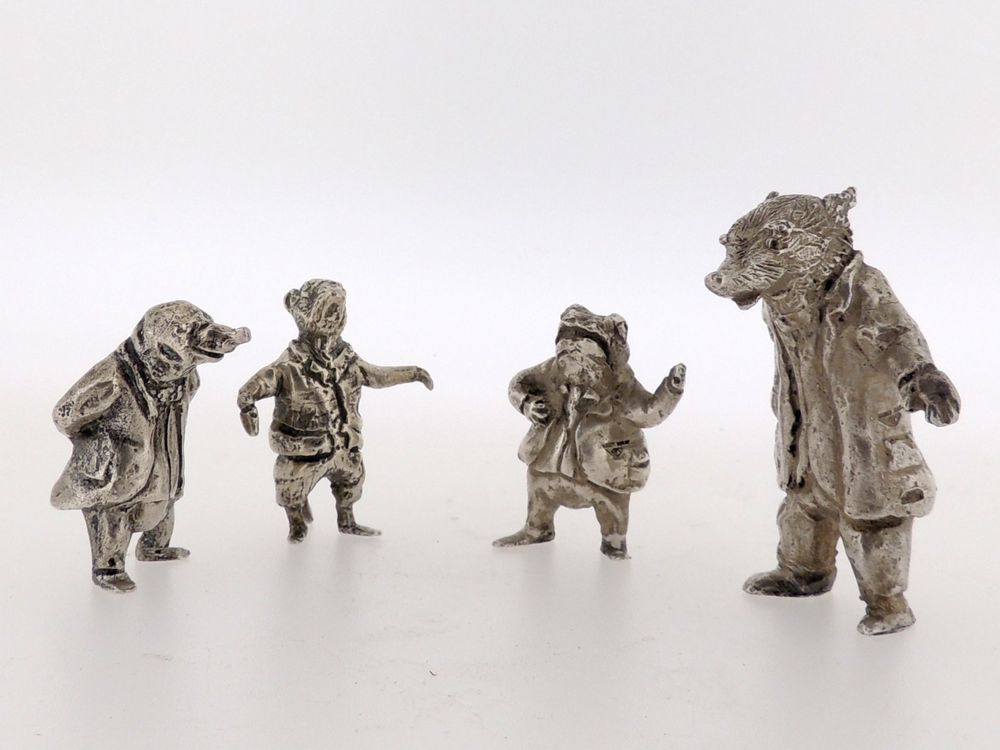 Lanier was also a talented sculptor, and supported himself for many years with sales of his sculpted miniatures, which were primarily focused on animal motifs. Besides having his sculptures included in the collection of The Smithsonian, Lanier once sculpted a series of miniatures based upon J. R. R. Tolkien’s The Lord of the Rings books. Tolkien is said to have been quite taken with the sculpts, but only approved them on condition that they never be commercialized. True to his word, Lanier never released the miniatures and they remain virtually unseen to this day.

So it should come as little surprise then that Lanier was also a life-long fan of speculative fiction writing who eventually tried his own hand at that avocation as well. 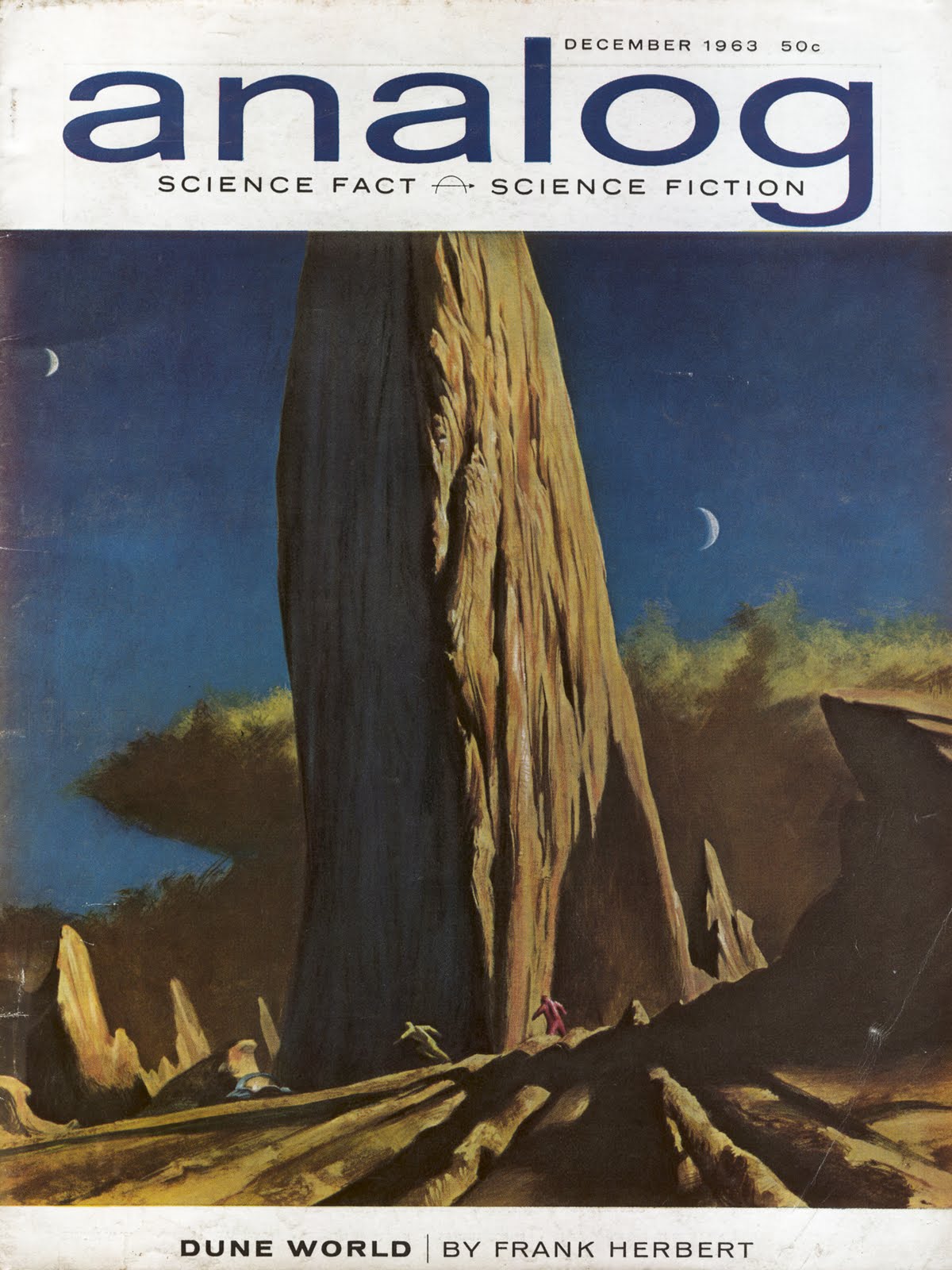 Sterling E. Lanier’s first published work was a short story called Join Our Gang? which appeared in Analog Science Fact & Fiction in May, 1961. Shortly after that, Lanier took a position in the literary field, becoming an editor for Chilton Books. It was at this time that Lanier played a key role in bringing the world one of the great genre works of all time. Having read Frank Herbert’s “Dune World” in Analog magazine, Lanier championed the story to his superiors at Chilton. He then tracked down Herbert and his agent, and eventually persuaded Chilton to publish Dune after 20 other publishers had turned the book down.

Demonstrating that no good deed goes unpunished, Lanier was later fired from Chilton when the initial sales of Dune were deemed unimpressive.

Continuing to pursue a literary career, Lanier sold many short stories and eventually published the book so beloved by Gary Gygax that he cited it in his famed Appendix N listing of direct inspirational sources for D&D: Hiero’s Journey. 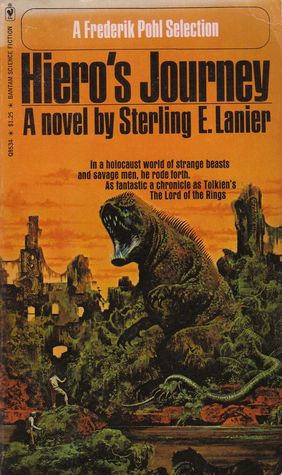 Hiero’s Journey (1973) is post-apocalyptic tale featuring Piers Hiero Desteen, a warrior-priest traveling on a mission in North America 5,000 years after a nuclear war simply referred to as “The Death.” Aided by his mount Klootz, a telepathic “morse” (moose) and Gorm, a telepathic and sentient bear sidekick, Hiero Desteen confronts mutant fauna, mutated men, and of course the vile Brotherhood of the Unclean, all while rescuing a lost princess. The story was popular enough that a trilogy was planned, but Lanier only wrote and published a single sequel novel, The Unforsaken Hiero (1982).

Lanier’s Hiero’s Journey book inspired not only Gary Gygax in his D&D writings, but was also cited by James M. Ward as an influence on his Gamma World game. And of course, many portions of Lanier’s seminal novel likewise inspired portions of my own Mutant Crawl Classics RPG, with that game’s archaic alignment The Blessed Brotherhood being an obvious example.

Sterling E. Lanier was also well-known for his fantasy short story series starring crypto-adventurer Brigadier Donald Ffellowes, which were collected into the two volumes: The Peculiar Exploits of Brigadier Ffellowes (1971) and The Curious Quests of Brigadier Ffellowes (1986). Originally published in issues of Fantasy and Science Fiction magazine in 1968-1970, these stories are all framed as tall tales told in a social club setting by the older Brigadier, with each story featuring a notable instance of the supernatural world breaking into our own.

So join us in celebrating the birthday of Sterling E. Lanier (Dec. 18, 1927) by checking out these influential books that served as a foundational inspiration to the hobby we love so much. I have to think that Sterling Lanier would have approved mightily of the games his writings helped inspire.