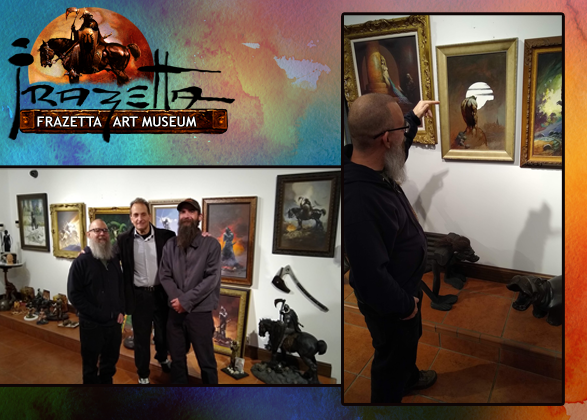 It can be argued that the single most influential artist of the 20th century was Frank Frazetta. He is one of the most famous illustrators of the 20th century, with works that ranged from comics and advertising, to book covers and film designs and storyboards.

For many, he is thought of as an iconic illustrator of Conan. Even in the realm of the classic fantasy genre most commonly associated him with, his career went much further. He also illustrated many works of Edgar Rice Burroughs, another Appendix N alumni, earlier in his career, and even illustrated several pulp covers where many of those authors made their bread and butter.

Most people reading this know the artist, and have a favorite image that immediately leaps to mind. An archetypal painting or illustration that defines his decades of work.

But did you know there is a Frank Frazetta museum? Located in East Stroudsberg, PA, it is open to the public and houses many of his most famous works.

Doug Kovacs and Wayne Snyder recently took a dream field trip to the Frank Frazetta Museum. They got to see many of the master’s artwork up close and first hand, giving them the experience of a lifetime. The duo discovered it to be everything you would expect. A chance to view many originals in person and study the techniques of an artistic hero.

Here are some pictures from their visit. From the outside of the building to their meeting with Frank Frazetta, Jr, and a few shots of the originals themselves. 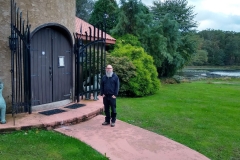 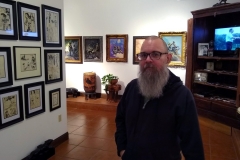 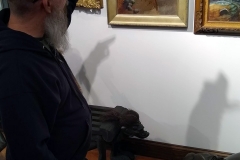 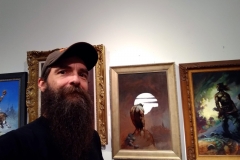 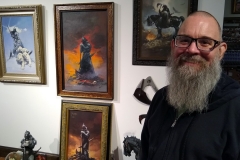 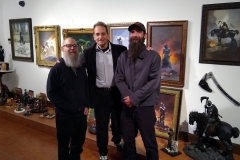