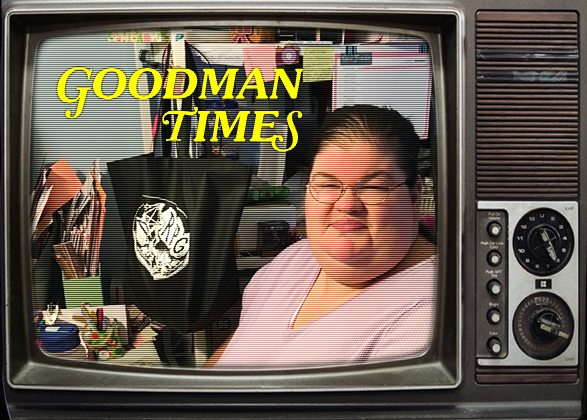 Jessica McDevitt is the newest addition to the Goodman Games staff. She handles some of our customer service duties, and many of you may have already interacted with her! Jess is often on the other end of our company correspondence, whether it’s email, Kickstarter messages, or other channels. Jess recently sat down with us to tell us a little about her background, how she got involved in gaming, how she got onto the Goodman Games crew, and how she met that famous artist husband of hers. Let’s get to know her a little better!

Jess, will you tell the people who you are, where you are from, and where in the world you currently reside? 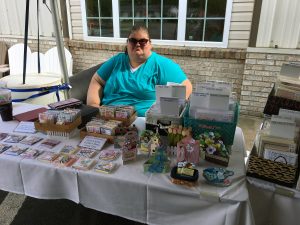 Hi everyone! A little bit about myself, let’s see…. I am 36 years old and was born on September 11. Yup it was hard after 2001; I finally started celebrating my birthday on the 11th about 7 years ago now. It just never felt right to be so joyful on a day that was so tragic.

Along with being the new Goodman Games Customer Service Representative, I also own a small home-based business called Aunt Jessie’s Handmade Treasures. The name came about when I found out I was going to be a great aunt and could not come up with a cute name for the business. On top of these two jobs I am also a full time care giver for my invalid mother. Brad and I have lived with her for 9 years now, and yes that is a full-time job, but I started out in college to become a nurse. Life got in the way and I had to abandon my life-long goal. One of my all-time heroes has been Clara Barton, the civil war nurse, who started the American Red Cross. I also have the love of anything historical, especially the Civil War. One of my favorite places to visit is Gettysburg, PA. I think I have been there either 13 or 14 times. In fact, Brad and I honeymooned there!

I was born and raised in a little town in Ohio called Tontogany. It is named after Chief Tontagany whose tribe resided here. Where our house sits is where our local county fair was held, so there again is something historical that is connected to me. We are not even a one-light town! We have a local bar that has many awards for their ribs, the local fire station, and post office. Just recently all of the schools in our district were moved onto one campus which we can see from our bedroom window! It is nice to be able to hear the band in the fall practicing for the football games and the like.

How did you get into the gaming scene? 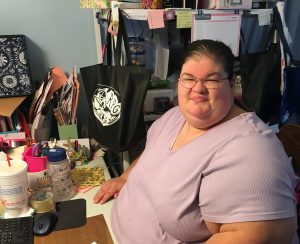 When Brad and I first started dating he told me about a role-playing game that he had written called Nightlife and asked me if I would like to have him run a short campaign with me. And, of course I said yes, because at that time most of my friends had been playing Vampire, and I had always sat with them as they played, but they were too far into their campaign to bring in anyone else. One of the first gifts Brad gave me was a signed copy of the book and I still have it to this day, and that was 17 years ago! So we played the short campaign and I fell in love with role-playing. If I remember right the next campaign we played in was DragonStar where I played a Halfling that had a lucky chicken and was the pilot of our vessel. That was so much fun but as life goes I started working on Sunday nights and could no longer continue in the group. Not long after that they stopped playing due to other things going on with them.

Every time I go to Origins or Gen Con, I always have to buy dice, so needless to say I have quite the collection now. And my great nieces and nephew love playing with them… They especially love the glow-in-the-dark ones I have. It has been 6 years since I have been to Gen Con and I am going in 2019 so I am pretty excited to get to see all of our friends that I have dearly missed!

This reporter knows that you are a serious crafter. What are you working on these days?

Right now I have been working on getting my Autumn/Halloween items. This year we have new treat bags for the kiddos that are a mummy, a bat, Frankenstein, and a pumpkin. I have also done some of what I am calling “adult” treat boxes that have the good chocolate candy in them. I have started working on Christmas items, which also include new treat bags.

You are married to indefatigable artist Brad McDevitt. How did the two of you meet?

I actually contacted him through Yahoo Chat rooms, yes I know, how quaint. And yes, to answer your question, Brad is 17 years my senior, something that I do kid him about A LOT! Our first date was to Burger King and then we rented movies. That was on a Thursday and then on that Saturday we went on what we called our first “official” date, to the local Chinese buffet. That was 17 years ago on October 18th and we still laugh about how we met and some of our first dates. We got engaged that Christmas and were planning on waiting to get married until after I graduated from nursing school. But, life had other plans… my grandfather died, then my dad died, and then about 3 weeks after that we found out that Brad’s mom had cancer and she probably wouldn’t make it to see the end of the year. So after a year and a half of us knowing each other, we decided that we needed to move our wedding date up. So in 4 months we planned a wedding and on June 7, 2003 we were married. Yes, we have had our ups and downs, but we have become stronger from them.

Bonus Question: How many chain devils does it take to populate an underground ziggurat?

Two if it’s their honeymoon! 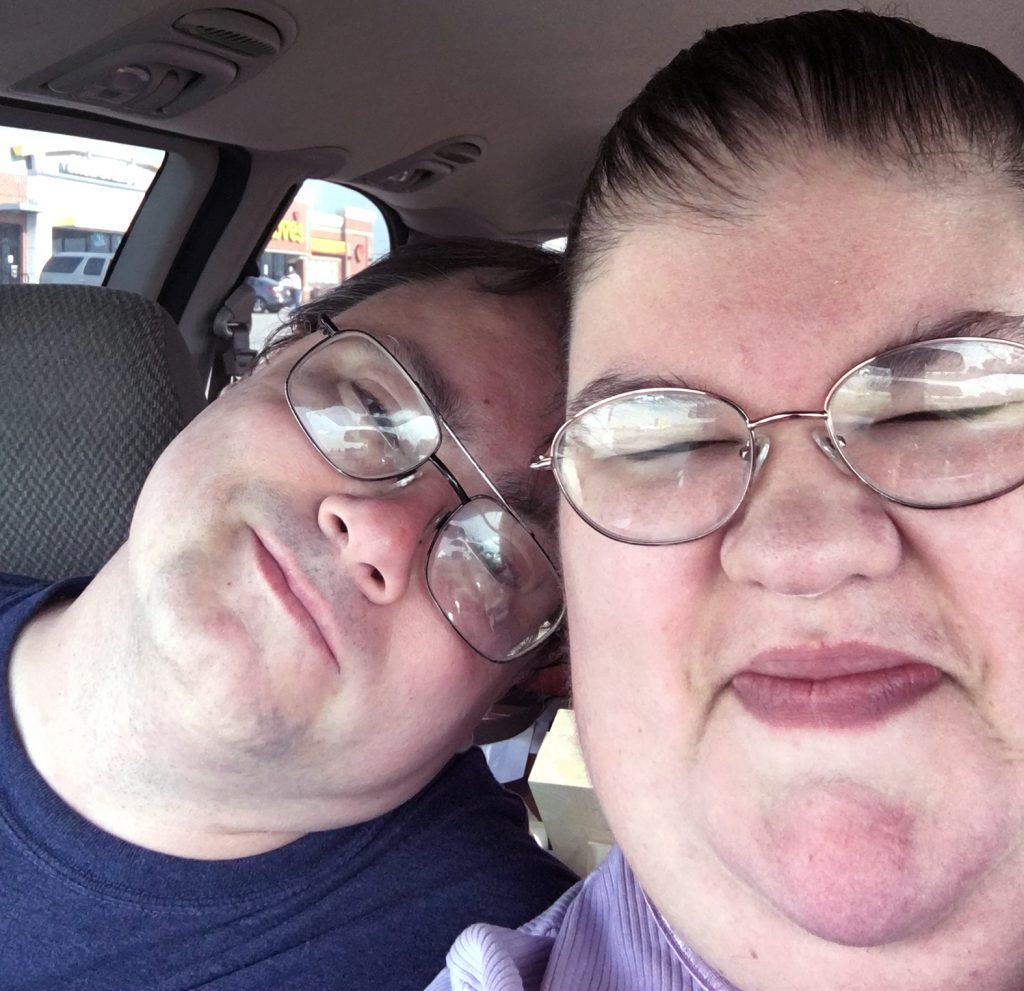