Save Against Fear This Weekend!

Home » Latest News » Save Against Fear This Weekend! 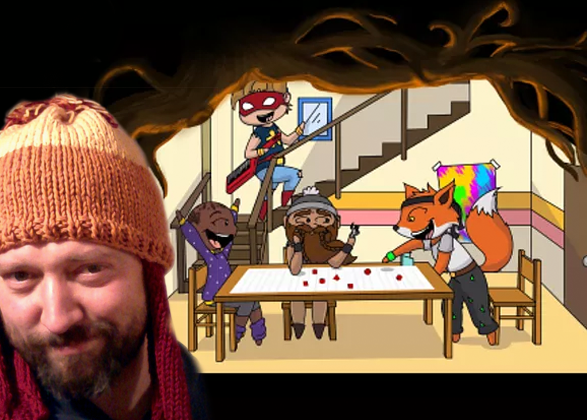 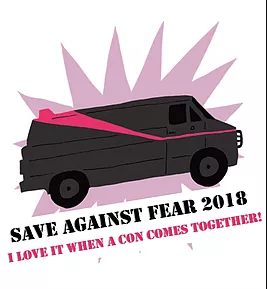 The Save Against Fear convention is a small show in Harrisburg, PA that has it’s heart in the right place. Created by The Bodhana Group, the show is designed to highlight the concept of therapeutic role-playing games, and have a lot of fun along the way! And this year’s theme is “The 80’s” so you can wear your parachute pants and leg-warmers all day without looking silly! …or at least not seeming TOTALLY out of place.

The three-day show begins on Friday, October 12th and runs through Sunday, October 14th, with a wide variety of games for you to enjoy. And our own road-traveller, Judge Brendan LaSalle, will be on hand to run Dungeon Crawl Classics events throughout the show. And he promises to wear a bolo tie and a Member’s Only jacket as part of the theme. (NOTE: Judge Brendan may not be aware of any promises made by Goodman Games on his behalf.) And if that’s not enough, James Walls from the Glowburn podcast will also be on hand! He will be running games and dressing in jackets with huge shoulder pads. (NOTE: James is unaware of his fashion requirements, and they might not be met.) So make it a point to stop by the convention and sign up to play some DCC RPG!

The Bodhana Group takes a very positive approach to gaming and what it can do to help people. From their website:

The Bodhana Group believes strongly that gaming, in multiple forms, can be helpful and therapeutic tools that yield far reaching benefits. These range from the most basic act of socializing with friends to complicated concepts like social skill rehearsal, empathy building, and insight into moral decision making.

This is the 8th year of the show, and the proceeds from the event to go fund the programs from The Bodhana Group, aimed at helping out kids and others throughout the year. So stop on by Save Against Fear at the Harrisburg Mall this weekend for some gaming fun!

In addition, Judge Brendan will be doing an in-store appearance at The Adventurer’s Guild. Stop by their location in Harrisburg on Thursday, October 11th starting at 5:00pm. He’ll be running DCC RPG and having a great time with the folks at the shop. It’s an early peek at the show to come for the rest of the weekend!

What: In-Store Event at The Adventurer’s Guild
Where: 3846A Union Deposit Rd  Harrisburg, Pennsylvania 17109
When: Thursday, October 11th at 5:00pm