Dead Stamps and Beyond! 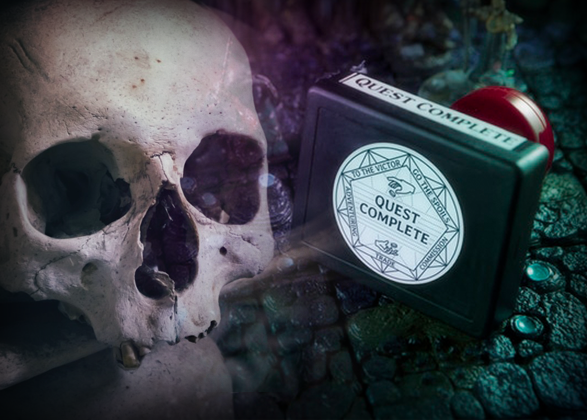 You might not be aware of this, but there tends to be a bit of a high death rate in Dungeon Crawl Classics. Especially with the 0-level adventures and such. Honest.

One of the things that we’ve provided in the past is something to mark the passing of your character. Whether it be something glorious to ring out to the heavens to announce your character’s spirit arriving in the halls of the fallen—better known as The Gong of Doom—to giving out a special stamp to members of our Road Crew to proclaim the character as dead.

We thought the dead stamp was a great idea. And we weren’t alone. 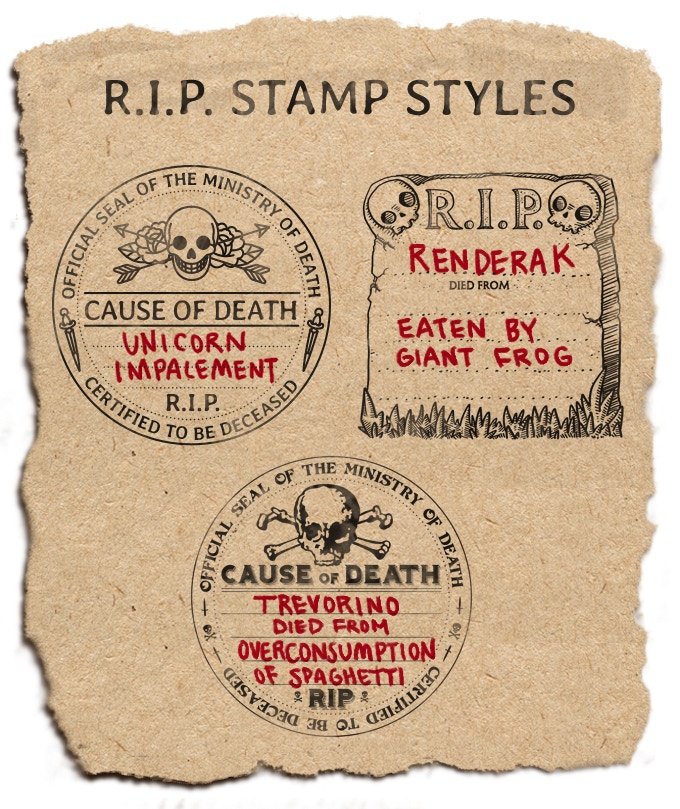 The folks at Kenku Press have a Kickstarter going that will provide a variety of different gaming-related stamps for your own campaign. Whether it be for accomplishing a fantastic goal or, yes, falling to the fates and joining the Choir Invisible you get a selection of reusable, well-crafted stamps to use during your game. Heck, they’ve even got one for those who manage to survive!

Here’s an excerpt from their Kickstarter page:

Whenever a player reaches a major milestone, whether that’s surviving an ambush, killing a boss, completing a quest, or even dying, you can use the stamp to mark their character sheet and create a history of that character’s adventures.

We were inspired by Goodman Games’ prized R.I.P. stamps for Dungeon Crawl Classics. We initially set out to create our own line of R.I.P. stamps to be used with the deadly DCC funnels and tournaments (where player death is very common), but we’ve extended the idea to other roleplaying systems with our Character Record sheet.

While we are honored to have inspired this Kickstarter, we are in no way connected to it. It’s not a licensed product or an offshoot of our own. It is, however, a really cool idea that we like.

So if you are a fan of DCC—and if you are here, you probably are—be sure to click on over to the Kenku Press RPG Stamps Kickstarter and show them some love!