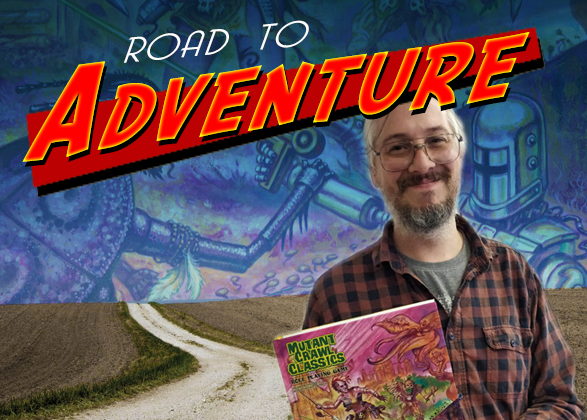 Here at Goodman Games we don’t just publish role-playing games, we play them. We are huge fans of the hobby, the industry, and—yes—the conventions. Welcome to the first installment of Road to Adventure, where we look at visits to shows and similar events by not just Goodman Games, but also members of the Road Crew. First up is Bruce Cunnigton, who took a special trip to a new show. 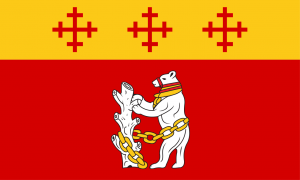 The name of the show—Owlbear and Wizards Staff—is a play on “The Bear and the Ragged Staff” which has been the symbol of the Earls Of Warwick for hundreds of years, and more recently for the the county of Warwickshire itself. It set the tone perfectly for this local show.

The event was laid back but well organized, run by some of the stalwarts of the UK RPG fandom. I enjoyed attending a convention as a player, rather than a GM/Judge for a change, and, despite signing up relatively late, there were a wide choice of games available. In total there were twenty games (morning & afternoon sessions at ten tables) for the small, but enthusiastic group of around 60 attendees. 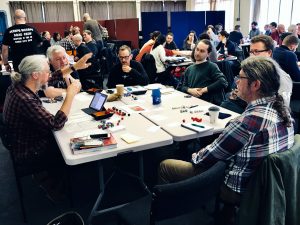 In the morning session I snagged one of the last places in Lee Neilson’s DCC game. He ran Not In Kansas Anymore and we played a very British group of level zero characters, including a Morris dancer and a bus driver complete with red double-decker bus—which proved quite the handy improvised weapon! My own characters fared reasonably well, and in true convention style I burned a lot of luck. As these things go in DCC, we still lost 50% of the original group before emerging triumphant and saving the day! 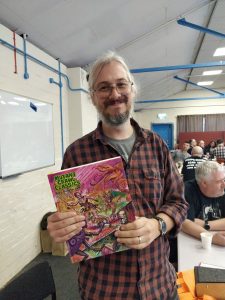 Unfortunately I hadn’t managed to get a spot in Dave’s Mutant Crawl Classics game in the afternoon, but had great time trying out another sci-fi game. The MCC group were at the table next to us and, from what I saw, had a blast with Dave’s own home-brew MCC adventure.

The UK DCC/MCC ‘Road crew’ gang grows at every convention and it was great to see so many familiar faces representing our favourite games. Thanks to Mathew and company for organising the event. Here’s looking forward to the next one! 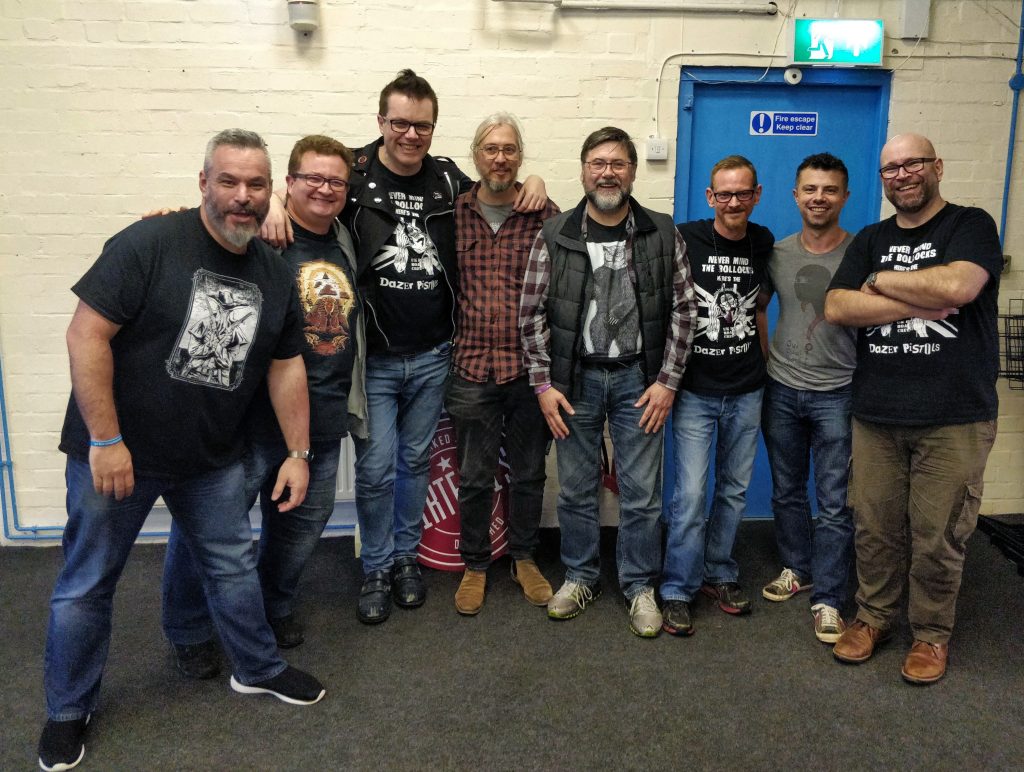