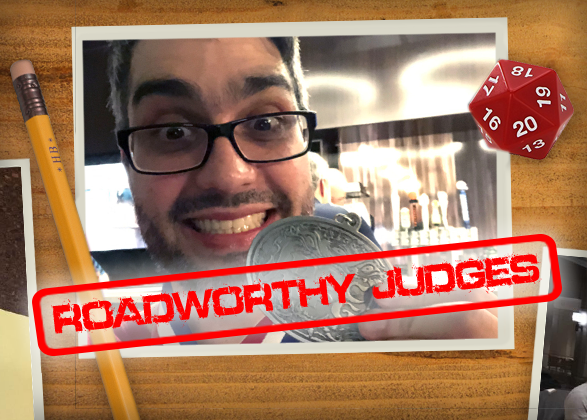 From South America our latest Judge appears! One of the most prolific and active Judges in Brazil, he travels not only throughout that country, but around the world spreading the love of DCC to all who will welcome him. His charm and smile precede him wherever he goes. We present The Mighty Diogo!

My name is Diogo Nogueira, I was born, live and game in Rio de Janeiro, Brazil! I am avid old school gamer, game designer, illustrator—and I have a secret identity of a public server that pays my bills!

Please, please tell the story of how you discovered gaming.

I discovered gaming through middle school, when the teachers said we could vote on the books we wanted to read and talk about in class and one of the other students suggested Deathtrap Dungeon and we all voted for it! It was amazing! A book in which we choose what the protagonist would do?! Awesome!

After that, some older kids in my building saw me playing gaming books and suggested I should try playing actual RPGs with them, and I did. I never stopped after that. They did, unfortunately. 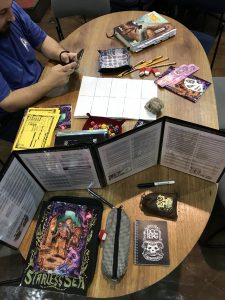 I am not totally sure. It was around 2011, I had recently got into all the OSR stuff after trying to play 4th Edition for a whole year and becoming completely frustrated with it. I believe back then people hanged around in forums a lot more and I saw someone mentioning DCC RPG playtest document and upcoming release. Reading about it and about the Appendix N on Grognardia (that blog was amazing) made me think DCC was the game I was looking for.

When I finally got it (I bought the Gold Foil Limited Edition because I wanted a book that looked like an evil wizard’s grimoire), it was love at first words! Everything from text, artwork, rules…it was the game I always wanted to play. So here I am, spreading the word of its magnificent existence.

So far, 15. I’ve got 12 more scheduled for the upcoming months (we have two conventions coming up). 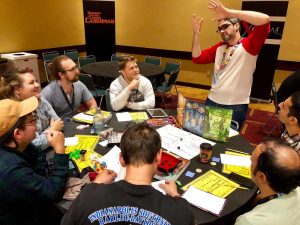 I think it was on this year’s Gen Con game of The One Who Watches From Below. The party headed into that pool that can take them to other places and worlds, so I sent them to the Purple Planet arid landscaped while a horde of Kith was just arriving. They were desperate, we had just 20 minutes left, so I said we would leave at that, in a cliffhanger. Everyone thought it was so cool!

But it became a lot cooler when the elf remembered he could invoke his Patron, the King of Elfland, and possible go back in time before they got into the pool! So he spellburned, made some calculations, people spent Luck, and…BAM! They got back in time, closed the door before the great worm attacked, and ran to face Shigazilnisthrub! Eventually everyone died anyway, but it was loads of fun!

Well, pretty much everywhere I can. We have several small RPG micro cons here in Rio monthly. It’s mainly public places that a lot of gamers met monthly to play games. It happens in book stores, public libraries, burger joints. I also judge a lot of games on actual conventions such as Diversão Offline and World RPG Fest.

If anyone wants to keep up with DCC RPG gaming events in Brazil, we have a large Facebook community called Dungeon Crawl Classics RPG – Brasil. [Not a typo: the group spells it “Brasil.”]

Go with the flow and actually PLAY the adventures with the players. Let it play out anywhere they take it and have fun finding out where this leads to. Crazy things can happen and that’s the magic of DCC RPG! Even playing the same adventure several times, it’s never the same! 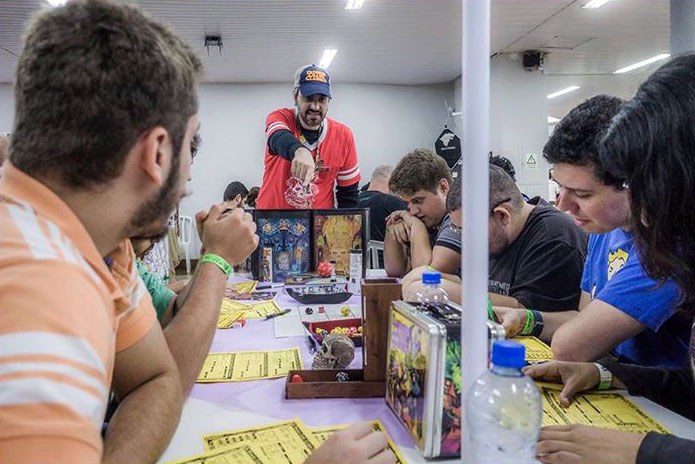