Visit us at SpaCon and Steadfast Hobby & Games! 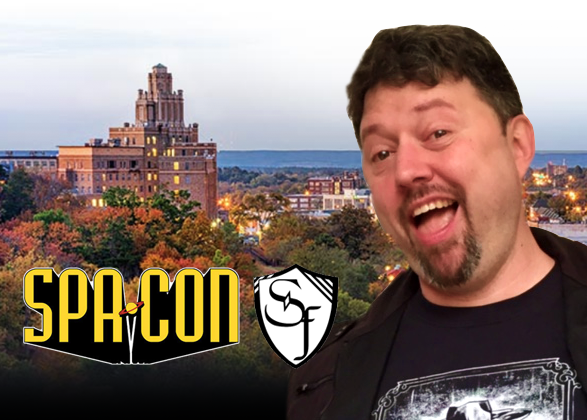 Goodman Games is once again on the road, this time out visiting the folks in The Natural State! Our own Judge Brendan will be in Hot Springs, Arkansas for Spa Con this weekend!

The fun and festivities at Spa Con kick off Friday at 4:00pm and end exactly 48 hours later at 4:00pm on Sunday. And Brendan will be running events, sitting in on panels, and generally being a presence all weekend! Come on by the Hot Springs Convention Center to get in on one of Brendan’s four games during the show!

Before that happens, though, Judge Brendan will be at Steadfast Hobby & Games running a Dungeon Crawl Classics game on Thursday, September 20th, starting at 6:00pm. He welcomes all comers, new or experienced, to show up and roll some dice with him and share a few laughs.

So Arkansas, get ready for some Judge Brendan! You’re getting a full dose of him this weekend, and he wants to see you there!