Announcing The 2018 DCC Halloween Module: The Corpse That Love Built 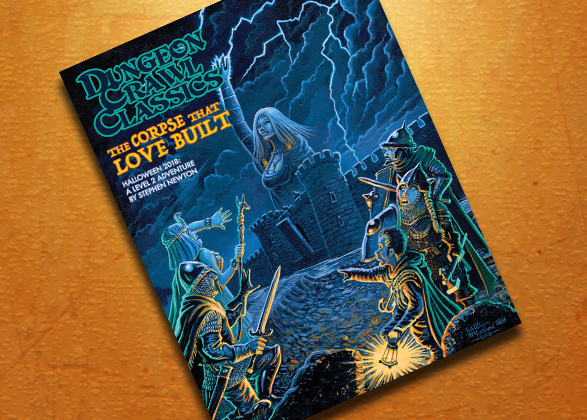 It’s that time of year. The leaves are starting to change. The air has a different feel. Pumpkin Spice everything is everywhere.

And we love scary. Every year we release an adventure to play during the spookiest time of the year, and it’s that time! We’re happy to announce the upcoming release of Dungeon Crawl Classics: The Corpse That Love Built! This new module is scheduled for release in the first half of October, but you can pre-order now! The module will be print + PDF, and you’ll get the PDF as soon as it releases—and the print will follow in the mail soon after!

Enough with the small talk! Let’s check out the scare-fest! 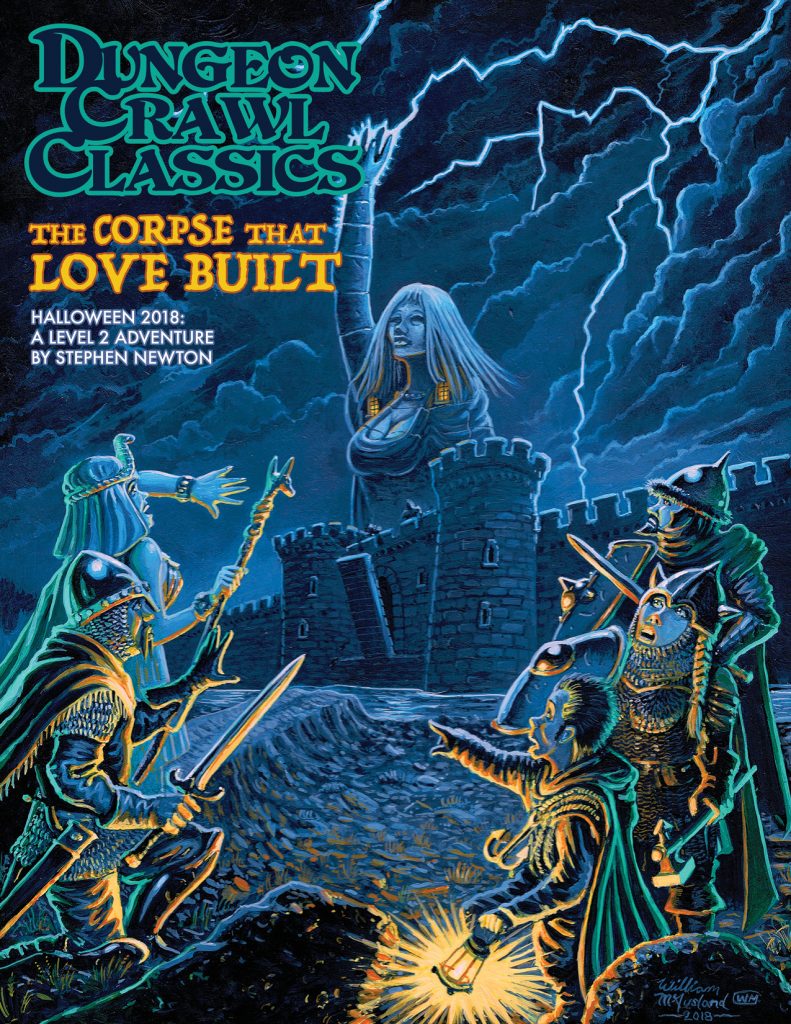 The town of Portnelle is living in a state a fear. Several citizens have been abducted – some never to been seen again, while others are found as corpses, often with missing limbs.

When a senile town priest warns that he’s received a vision that the geriatric recluse Dr. Lotrin Von Geisterblut is behind the abductions, there are many who do not believe the accusations. However, when the town is set upon by wicked fiends foretold in his vision, attitudes quickly change, and swords are raised. Perhaps it’s time to storm the castle after all…

This level 2 adventure is a story of Gothic horror which pits the characters against monstrosities created by an ancient madman. Will the characters be able to survive the macabre horrors found in the laboratories that spawned The Corpse that Love Built!