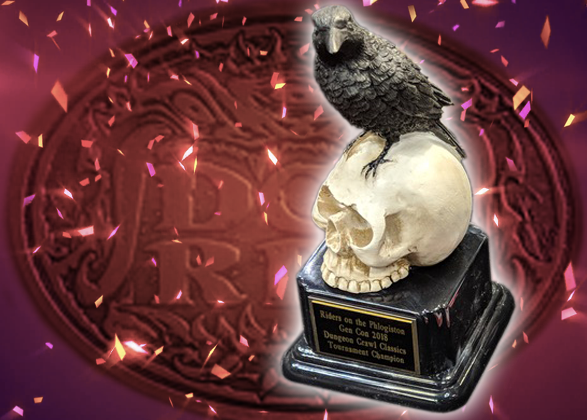 The aftershocks of Gen Con 2018 just keep coming. It was an amazing con, and one of the highlights was the big DCC Team Tournament.

The 2018 Gen Con DCC Team Tournament brought together Judges and players alike as they competed in our title event, Riders on the Phlogiston. This year 98 players competing on 18 different teams took on the deadly challenge, more than doubling the size of the last year’s tournament. Over the course of four brutal days and three hard-fought rounds, many PCs fell and a record number of teams were wiped out in TPKs. Eventually two champions emerged: the first place Hammertoes and the runner-up Lords of Sarcasm. You can read Harley’s recap of the tournament here.

We now present the official tournament stats, including all the Judges, rooms and authors that contributed to this year’s amazing event. And we’re proud to introduce the Count Dante Tournament Rating System! This is a new rating scale for the deadliest tournament modules based on actual play results, described below.

Now, let’s get right to the results!

* Games that ended in a TPK

* Games that ended in a TPK
**Tie breaker determined by a d20 dice-off during the awards ceremony at the Goodman Games booth, where the Lords of Sarcasm rolled a ‘7’ and the Hammertoes rolled an ‘8’ to carry the victory! 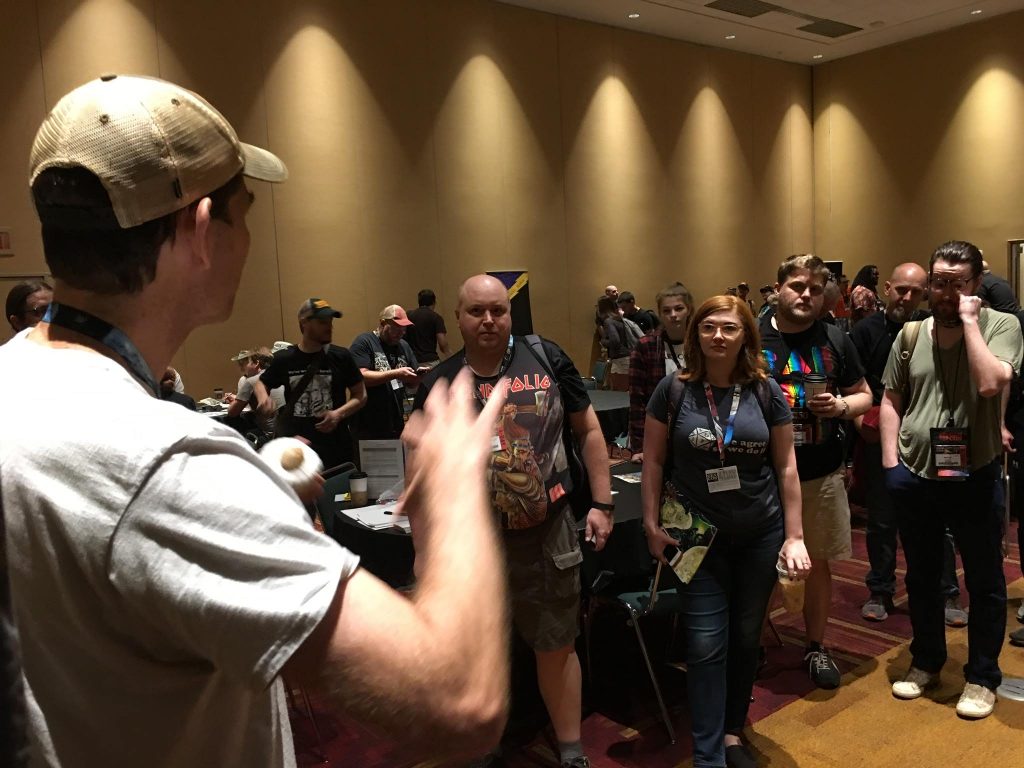 TPKs by Round and Judge

Deadliest Rooms by Round 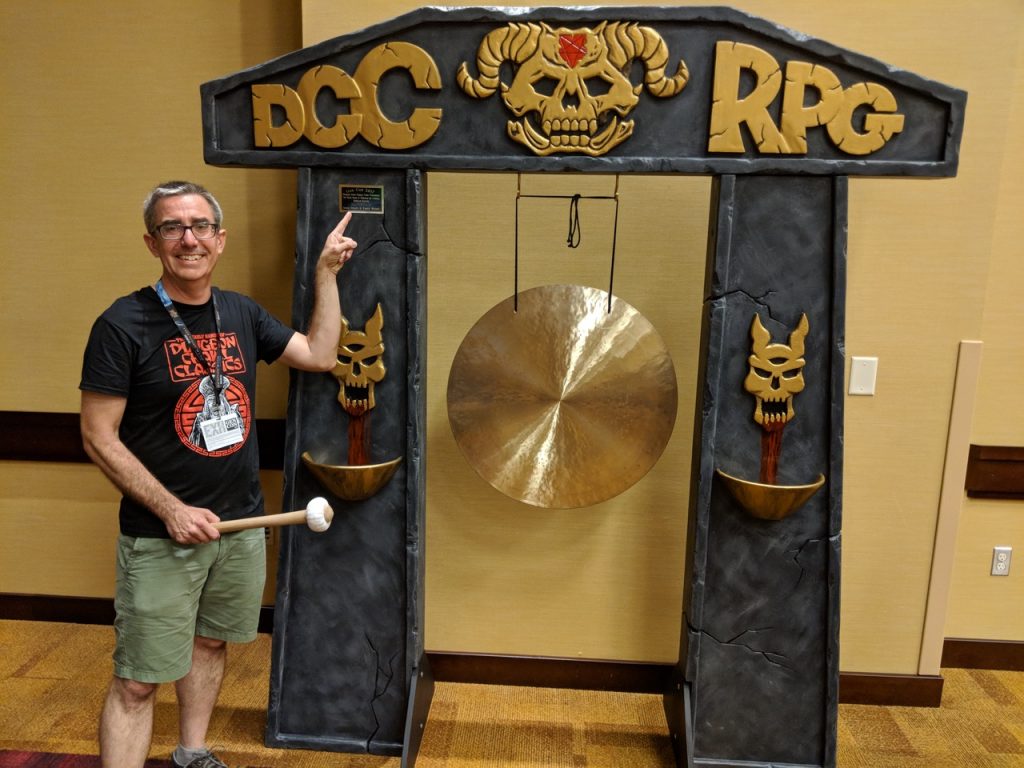 Our Dark Master points to the winners of last year’s tourney, forever remembered on the Doom Gong.

Introducing the Count Dante Tournament Rating System! Because tournament modules are played at Gen Con over a large sample of tables and judges, we are able to quantify their danger level. Based on this quantification we have a new rating system to use as a guide when selecting your next adventure to run. Here are the ratings for this year and last year’s tournament adventures, Riders of the Phlogiston and The Black Heart of Thakulon the Undying. Future tournament modules will also use this rating system once they are put through their paces at Gen Con or other large gaming events!

*Based on the ratio of killed PCs (eliminated) to players for every PC that entered the dungeon across all rounds: 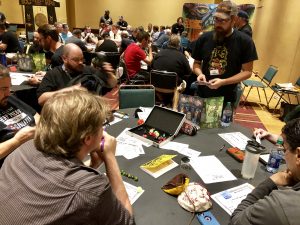 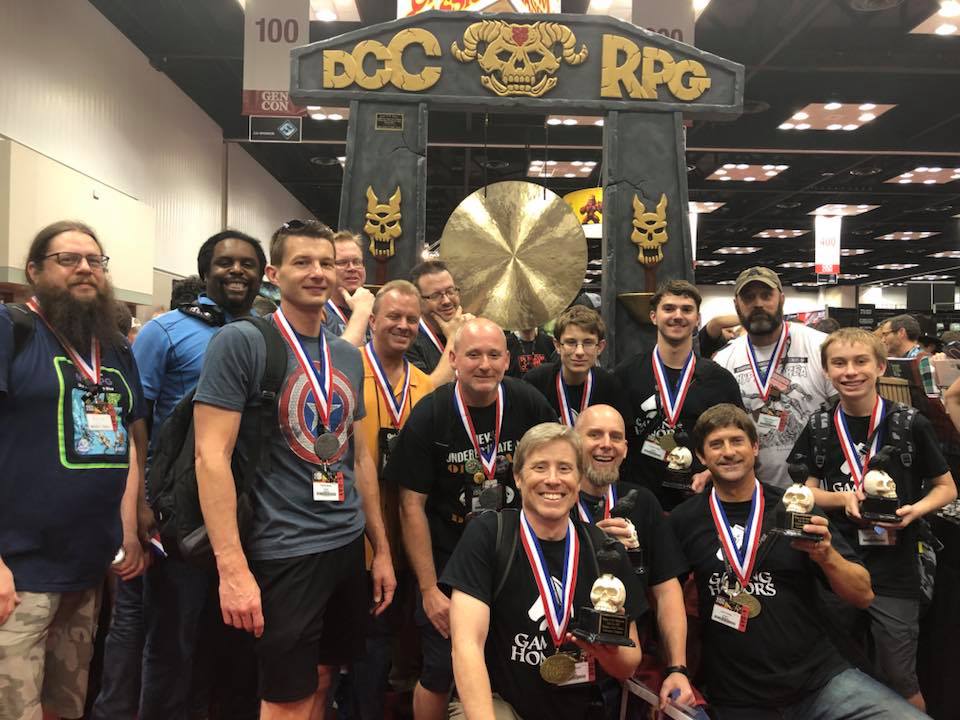