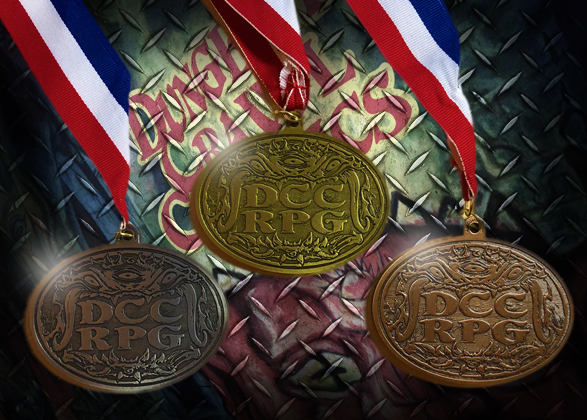 We’re very excited to announce the inaugural Goodman Games Judges Awards (which some fans have affectionately titled “The Goodies”). Judges are the backbone of the fan experience for Gen Con, and for DCC RPG in general. No matter how good an adventure module is, a bad judge can ruin it and a good judge can amplify it. Judges make the con for many of our fans, and we’d like to recognize this. For the first annual Judges Awards, we ran the stats on judges and their games over the last several years. Based on that, we are excited to recognize these judges who have gone above and beyond in answering the call of duty over the last few years! These judges were recognized in person at our Judge’s Appreciation Party Saturday night, held alongside Doug Con in the Embassy Suites lobby. 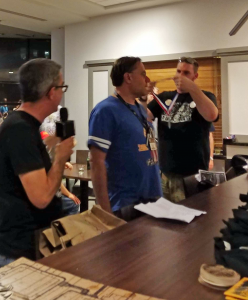 Bronze Medal – For those who have run approximately 15 games

Silver Medal – For those who have run approximately 20 games

There is a single judge who has run 36 games on-book for Goodman Games over the last several Gen Cons. And that’s only including his games on the books, not counting his 2-3 Wednesday “pre-games” or the multiple off-book evening games he usually runs. In a league of his own, the gold medal goes to Brendan LaSalle!

Each of these excellent Judges qualified for the silver medal! Zak Lane, Diogo Nogueria, and Joan Troyer

Gold Medal – A special award for going above and beyond

Of all the Road Crew judges, Chris Lauricella stands out by running 8 events at Gen Con this year!

We’d like to recognize two contributors to the 2017 Gen Con Team Tournament who had exceptional results (at the expense of players).

Gold Medal – Awarded to those who went above and beyond

David Baity, who had the most PCs slain in the tournament as a judge, with 24 PCs killed (next closest was Tim Deschene with 21 killed)

Terry Olson, who as a writer in the 2017 tournament designed one room that is responsible for slaying 69% of the PCs who entered that room 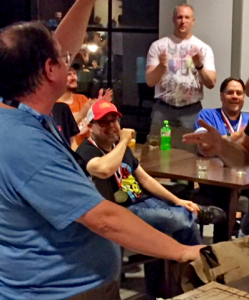 We’d like to recognize Brad McDevitt for many accomplishments, but especially for recently achieving a milestone in his gaming art career. Brad recently passed his 600th published credit, which is a huge accomplishment for any artist! And many of those credits are from his 15+ years with Goodman Games. We’re happy to acknowledge this with a gold medal.

Backbone of the Operation Award

And finally, we’d like to recognize Taco Jon Hershberger for his logistics and operational expertise. He helps keep this whole ship intact!

Congratulations to all of the “Goodies” winners for 2018! Our operation wouldn’t be what it is without the help of these fantastic folks! 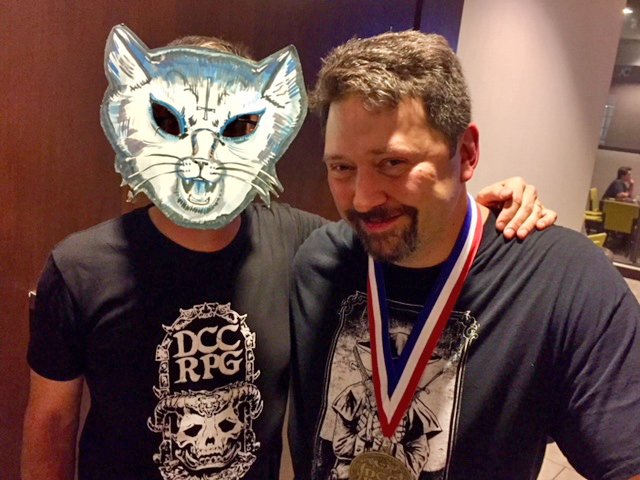