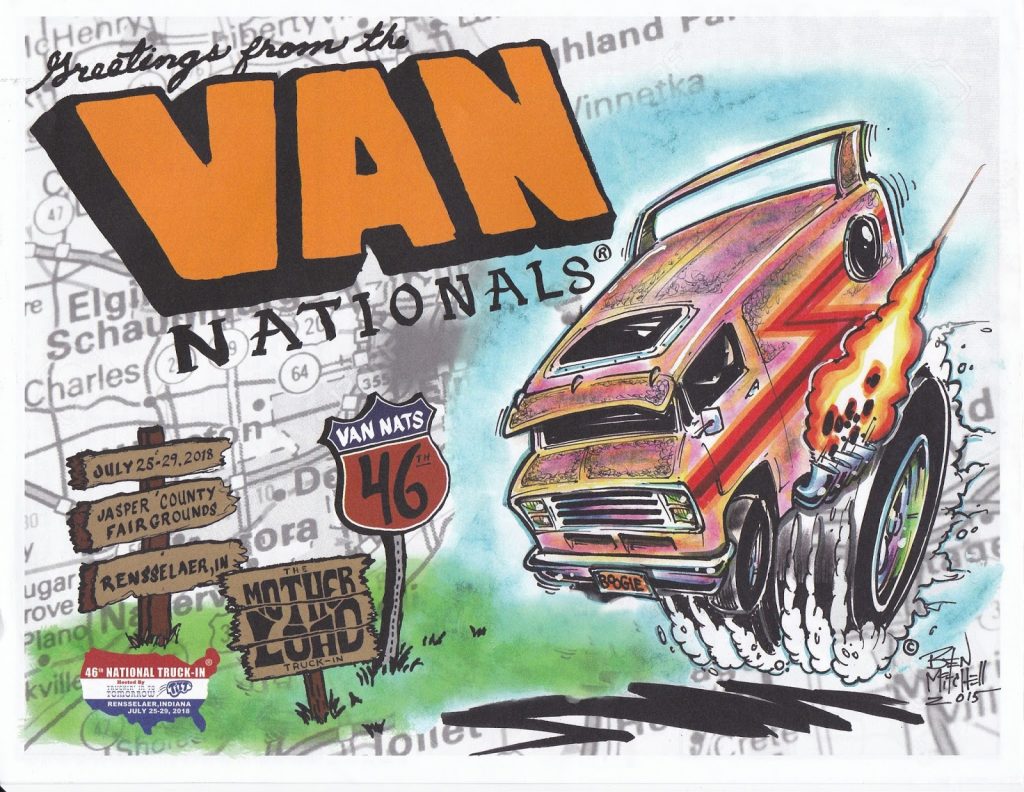 As many fans know, Goodman Games has quested for many years in search of a wizard van. Nothing would make us more happy than rolling up to the game store in a 1970’s-style van with bubble windows and a wizard mural painted on the side. And of course we’d run games out of the back at Gen Con! Our 2015 Gen Con Program Guide  even featured a digital mockup of our dream van on the cover.

When we got a hot tip that the 47th Van Nationals were being held near Indianapolis the week before Gen Con, a plot hatched to rent a wizard van! Since I’m only a few hours from there and was traveling that direction anyway on the week in question, I was chosen for the mission. Musk Goblin reporting for duty!

I really had no idea what to expect when I reached the town of Rensselaer, Indiana. It’s a town of just over 5,000 people off Interstate 65 in northwest Indiana, so there’s not a whole lot nearby of great interest. Why did these van people choose that location for their gathering place? I still don’t know. 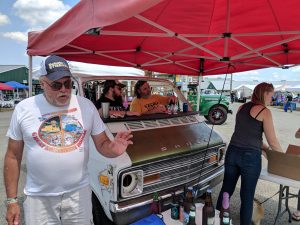 As I arrived at the grounds where the Van Nationals were being held, I drove my non-van vehicle up to the person in charge of letting people in. A sign read “NO ADMITTANCE WITHOUT A VAN,” but I cleverly chose to pretend I didn’t see it. I asked the woman if I could just come in for a bit, talk to some people, and maybe take some pictures. She referred me to a man nearby, who took me into a nearby building and referred me to a young woman named Kristen.

Kristen and I immediately engaged in some tense negotiations involving me mentioning that I’m from Louisville, KY, and she replying that she also once lived in Louisville! Normally no one without a van is allowed in, she explained, but she’d take me around for a bit if I’d be willing to give a $20 entry fee (which would be donated to a charity) and help her carry a cooler. My persuasive skills and irresistible charm had won the day! 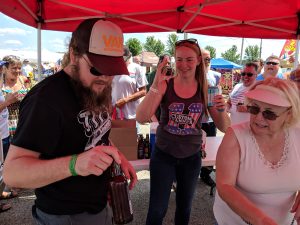 It turned out, however, that before I was allowed to see any vans there was another test to pass: the beer tasting. We took the cooler I was carrying to a pop-up tent where a bunch of other vanners had congregated with beers of their own. Van National tradition is apparently that participants bring beers from wherever they’re from, and then they have a huge beer tasting. A strange custom, indeed, but since I was trying to blend in I was forced to participate. I’m willing to go to any length to achieve success in my missions.

The people at the Van Nationals were mostly older than me, in their 50’s and 60’s probably, but there was a subset of late 20’s and early 30’s people too. Kristen was one of the latter, and she told me that this was the first year that the younger crowd was in charge of running the event. Everyone was super friendly and seemed like decent folk even if most of them did prefer IPAs over stouts and porters. 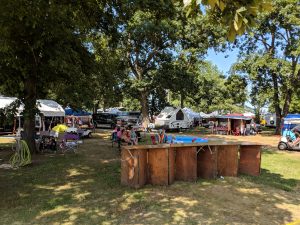 An hour and about 50 ounces of beer later I was feeling pretty good and I began to scout out the vans. It turns out the Van Nationals are not what we expected them to be…we were expecting a van show, but this was more just a gathering of people who love camping and partying in vans. Nothing wrong with that, obviously, it just didn’t fulfill our needs very well. I later heard it described as “Burning Man for vanners,” and that’s probably not too far from the truth.

Most of the vans were nothing too fancy, and I only saw two that were all painted up. No wizards, but there were pirates and dinosaurs! Though we did not end up with a van at Gen Con this year, I got some good leads about places to look and people to talk to next year. 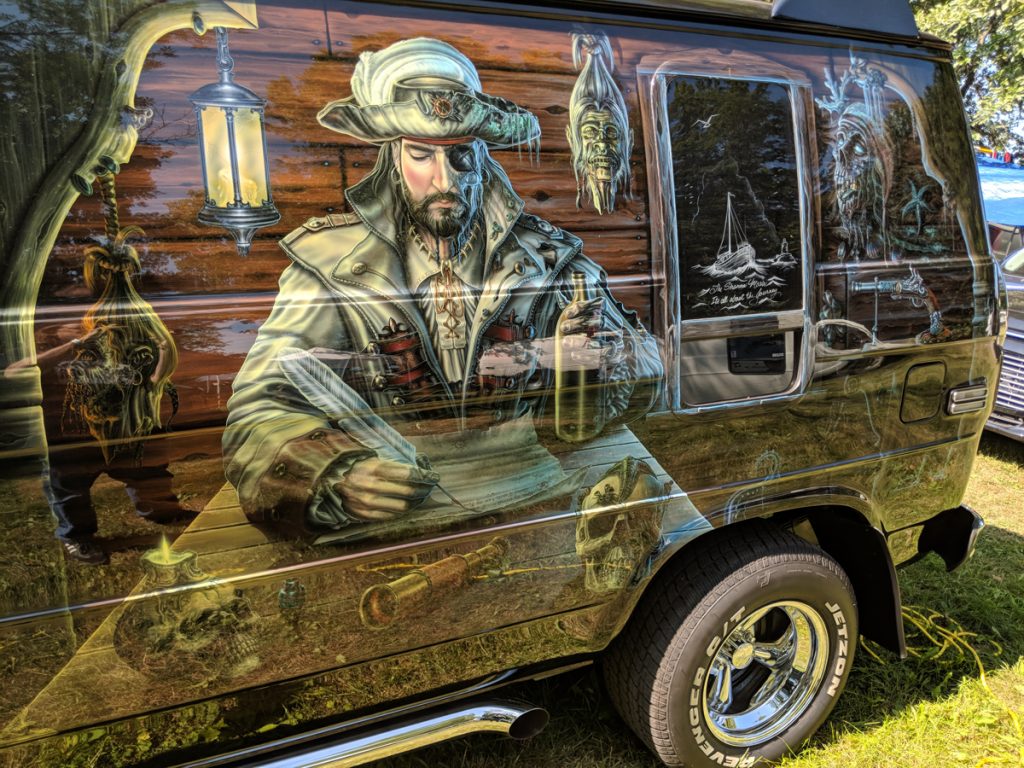 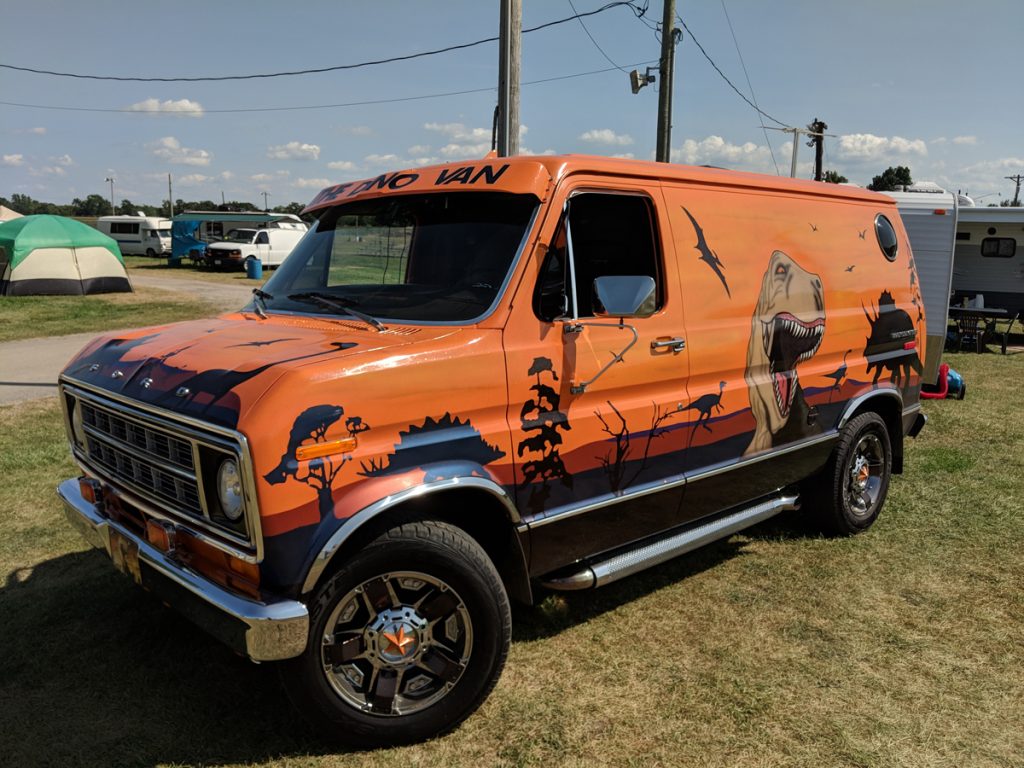 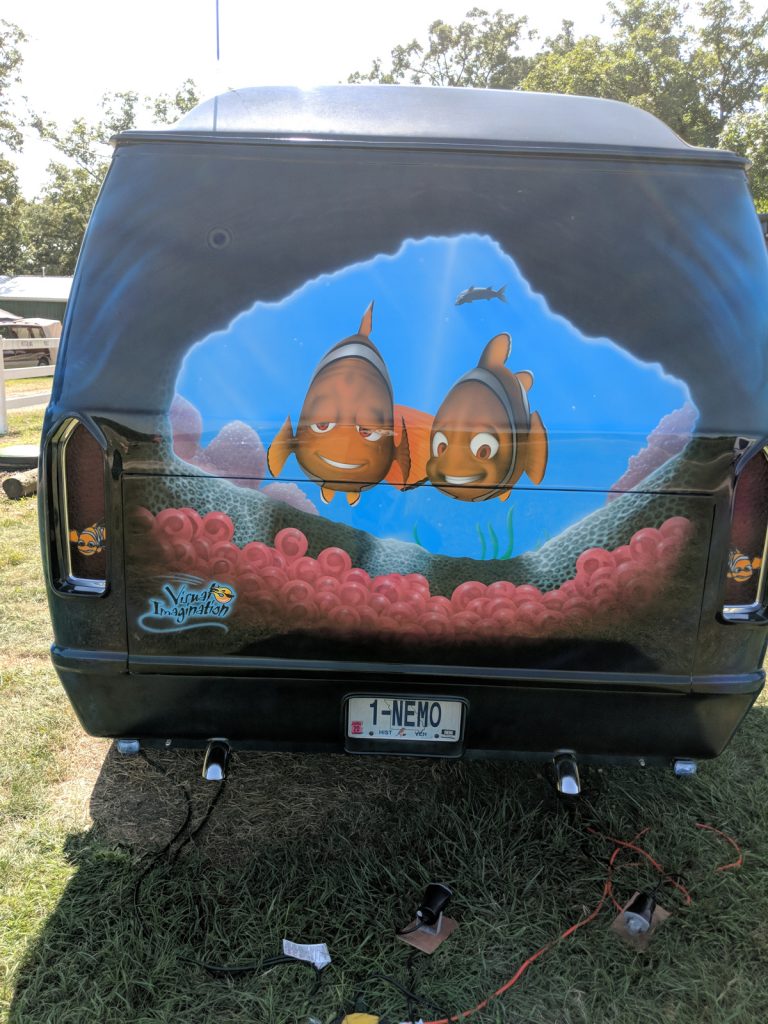