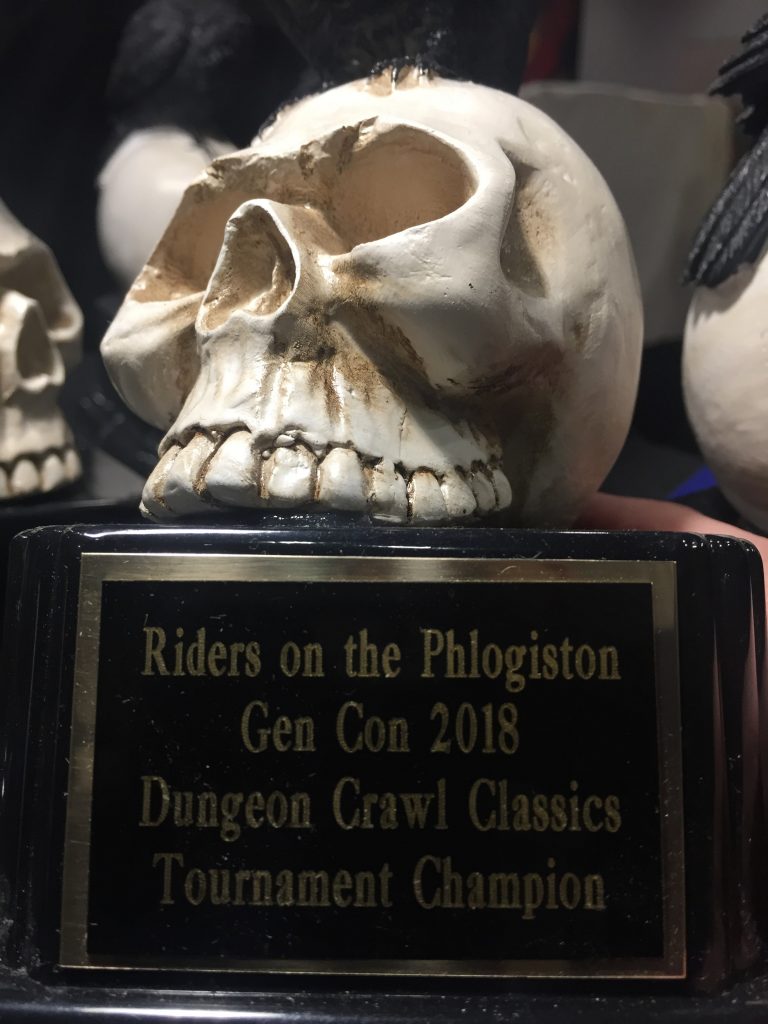 Let’s backtrack a moment. The Riders of the Phlogiston2018 DCC Team Tournament began with eighteen teams, each fighting to become the new champions of the Dungeon Crawl Classics world.

In the end, two teams faced off against each other: The Lords of Sarcasm, ESWM against The Hammertoes. Both of them proved to be formidable foes, each trying to rise to the top. And when we tabulated the scores for the finale, we discovered that…they tied.

That’s right. Both teams came up with the exact same score.

So we decided to finish this battle the only way that true gamers could: with a roll of the dice. Each player chose their champion, and they faced off against each other in front of The Gong of Doom. Wielding their oversized d20s, they rolled simultaneously while Judge Harley Stroh watched, and the ultimate champion of our tournament was…THE HAMMERTOES!

What an amazing finish. A huge congratulations to both teams for their efforts and their mutual accomplishments, but in the end there could only be one winner.

A big thank you to all of the players, Judge’s, and fans who came out to participate in our tournament for 2018. It was everything that we hoped for and more!

Look for more updates and a full gallery of images in the coming days!