The Lost 8th Grimtooth Book: We Found It 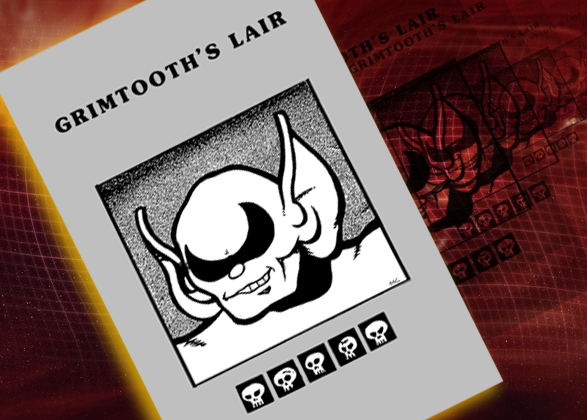 Many of you backed our Kickstarter several years ago to fund Grimtooth’s Ultimate Traps Collection. This enormous volume includes all 7 Grimtooth books published by Flying Buffalo. And as we recently announced, Goodman Games has a partnership with Flying Buffalo to publish Grimtooth’s Trapsylvania in an upcoming Kickstarter.

At the Origins Game Fair in 1983, a small independent publisher (whose name is now lost to time) produced an unauthorized bootleg product called Grimtooth’s Lair. This digest-sized booklet included artwork and intellectual property owned by Flying Buffalo, which was utilized without permission. The booklet contained “a tournament designed to be run with any role playing system, by any devious GM who wants his players to think, instead of just hacking through.” The content is an entertaining dungeon romp filled with traps. The production values are vintage 1983—typewritten pages and hand-drawn maps—and the content is fun.

Rumors of Grimtooth’s Lair have persisted for decades, particularly among those close to the Grimtooth community, but no copies were known to exist.

Watch for the Trapsylvania Kickstarter—and take this once-in-a-lifetime chance to view the lost Grimtooth’s Lair! 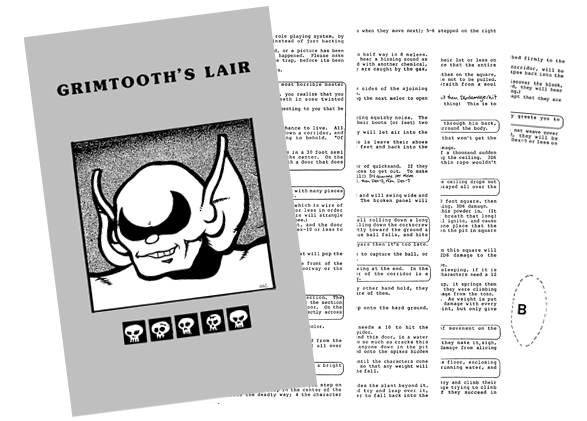