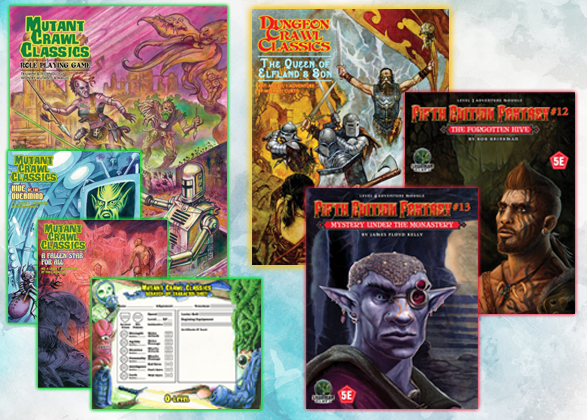 We’ve got a plethora of product hitting stores this week, with a little bit of everything for everyone! And it will be in stores just in time for Free RPG Day! So, when you stop by this Saturday to pick up your FREE Goodman Games releases, you can also pick up these great new products! Everything from the first wave or releases for one of our most anticipated new releases—that would be Mutant Crawl Classics—to a great new DCC module, to two—that’s TWO—new Fifth Edition Fantasy modules! 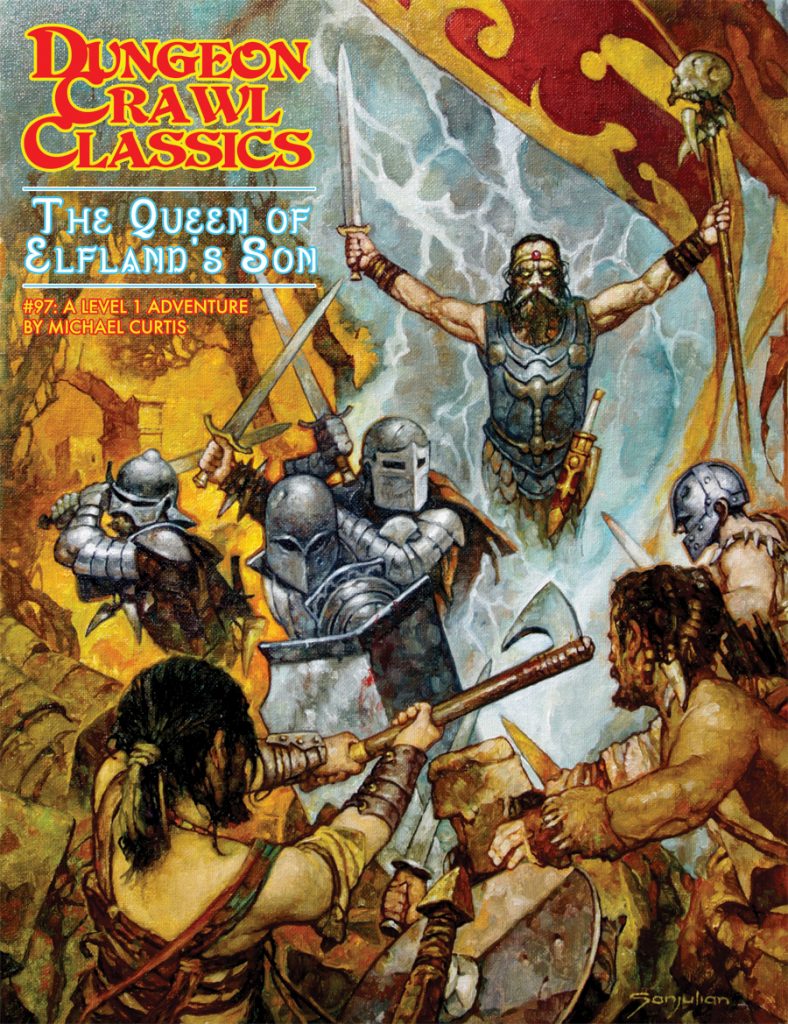 Strange attacks in the night plague the people of Eng. Slaughter and shadows keep the villagers inside after dark. Mighty adventurers are needed to seek out the source of these threats and stop them for good.

This quest will take the heroes to the very borders of Elfland and pit them against the cruelty of the Unseelie Court of Faerie. Will the heroes overcome the machinations of the Queen of Elfland or will they fall victim to the glamours and wiles of Elfland’s malicious nobility?

Beneath the crumbling walls of a keep lies an unexplored warren of caverns stretching into unknown darkness. Within the depths, an ancient evil stirs and grows hungry. Forgotten horrors, once relegated to legend, are on the move – with only your band of heroes between them and their goal!

What begins as simple exploration rapidly becomes a struggle against denizens of the underworld, and the very environs of the underworld itself. Through crumbling caverns and against long-trapped foes, the party is confronted with a threat that places the future of the surface world in jeopardy. Your heroes must act quickly to secure the world, or face the consequences of their failure to halt the advance of the denizens of The Forgotten Hive. 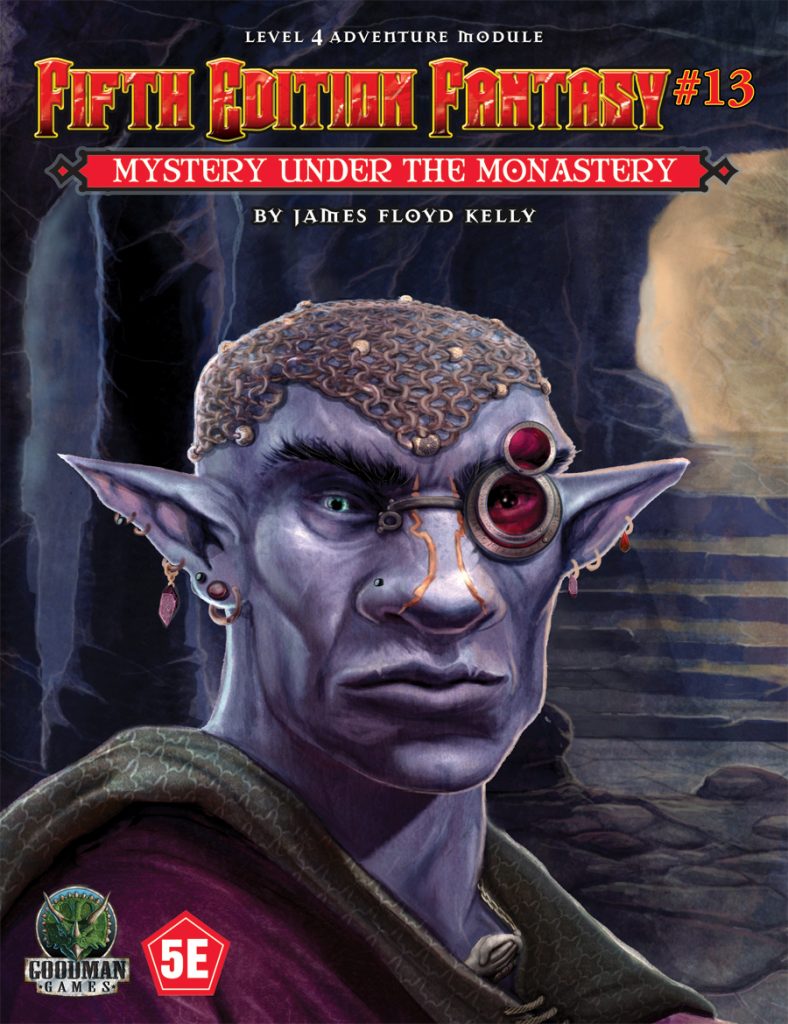 A level 4 adventure for 5E

Deep beneath the Trayban Monastery, a group of monks has gone missing. Your party is sent into the treacherous tunnels to find them, but you weren’t expecting to do battle with crystalline creatures that hunger for gemstones and that have overrun a peaceful bazaar in search of food. Your fellow adventurers will need to avoid the traps, find the missing caravan, repel the unknown attackers, and seal up the largest geode cavern ever encountered to prevent further attacks. 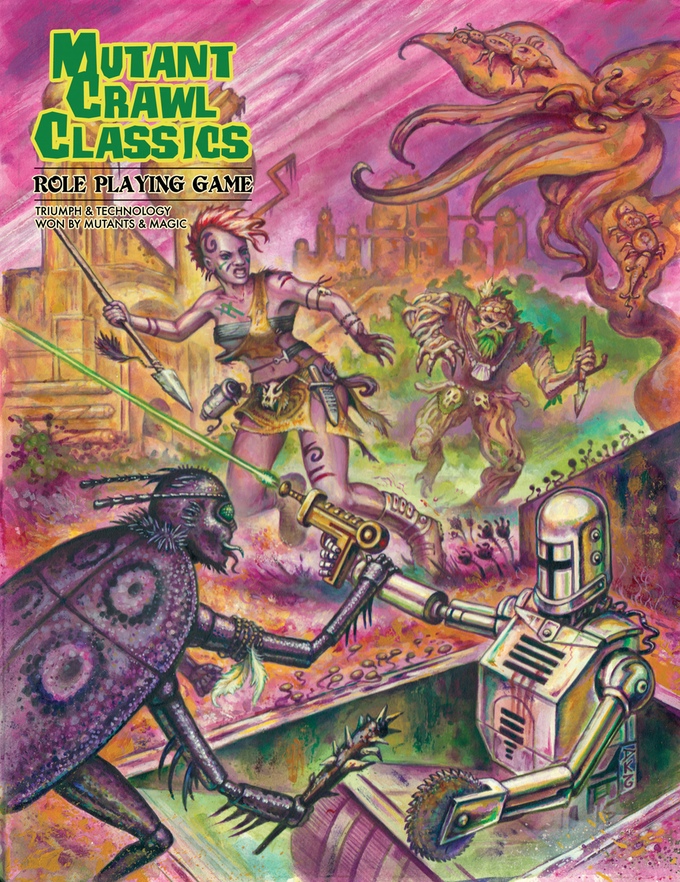 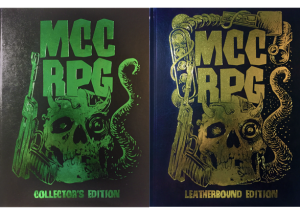 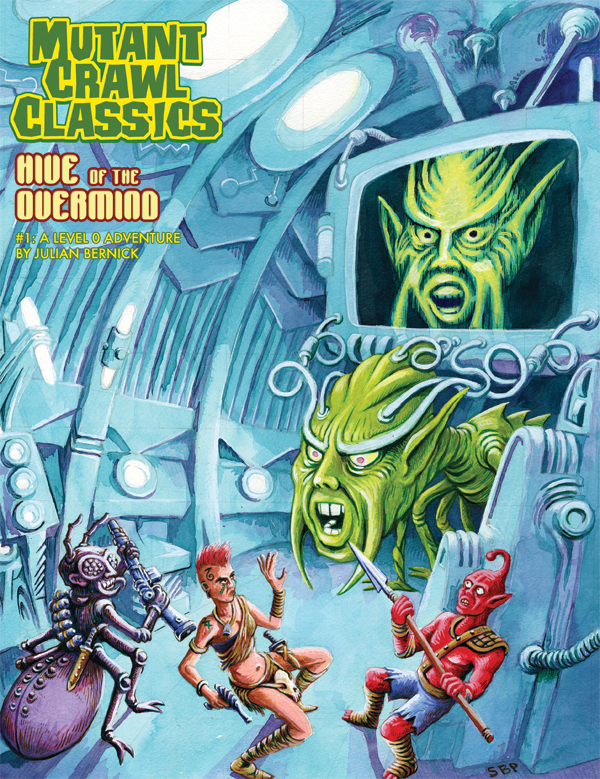 MCC #1: Hive of the Overmind 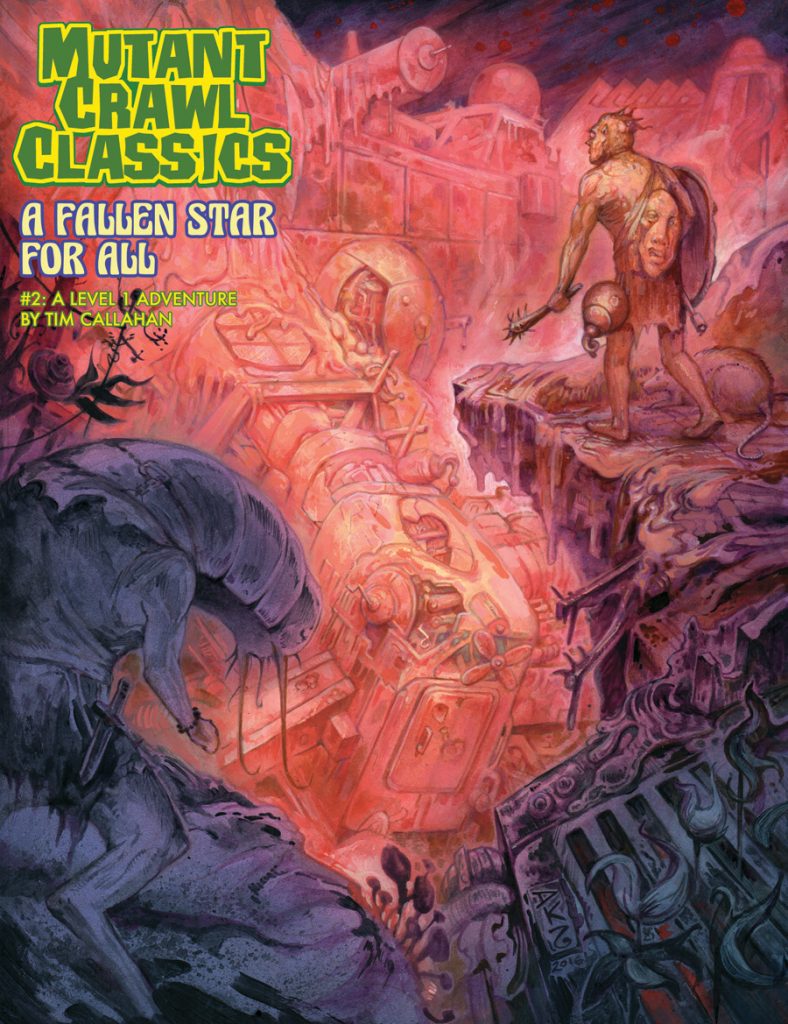 MCC #2: A Fallen Star For Fall

A meteor strike in the taboo crater country opens up a huge chasm in which lies a largely intact city of the Ancient Ones. The resulting land rush to go claim the newly available cache of ancient artifacts draws interested parties from all over Terra A.D., and at the direction of your tribal elders, that includes you and your Seeker team. 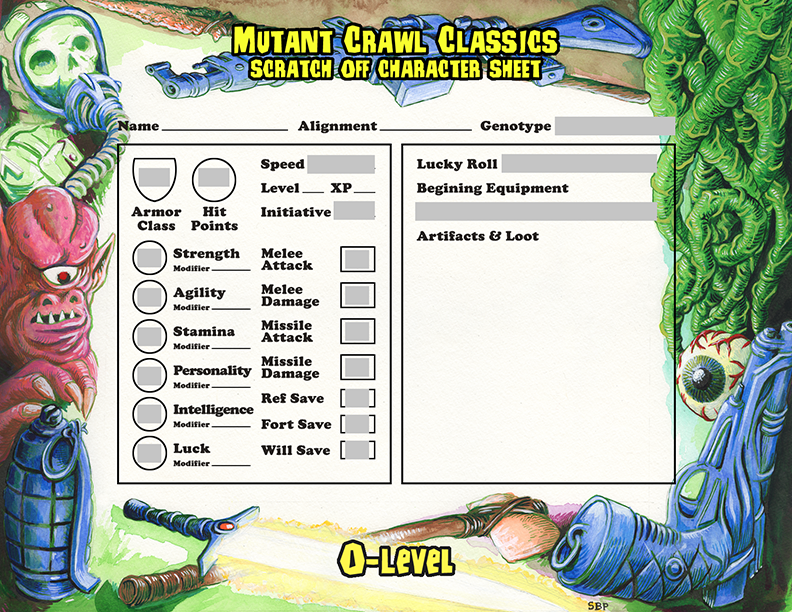 Don’t have time to roll-up a character? Just want to have a ton of fun and create a character using a piece of paper, a coin, and about 30 seconds? Have we got the product for you!

The Mutant Crawl Classics Scratch-Off Character Sheets come in packs of 10 sheets for $9.99.

What a line-up! These are some great bonuses for Free RPG Day 2018! And you can pick them all up at your FLGS this weekend!

It is a glorious time to be a fan of role-playing games.