Visit Us At Origins – And Get Free RPG Day Product on Saturday! 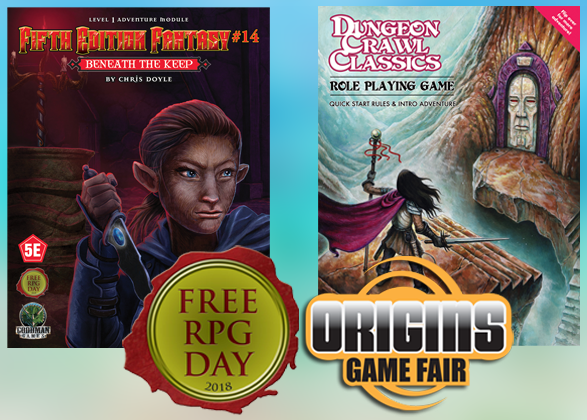 Origins is upon us! One of the most celebrated conventions in the gaming world descends upon Columbus, Ohio next weekend—Thursday, June 14th through Sunday, June 17th—and Goodman Games will be there in force! We’ve got a full booth worth of goodies, and Judge Brendan LaSalle and Michael Curtis will be on hand to run folks through dice-rolling adventure! In fact, here’s a full schedule of the DCC-related events at Origins!

If you look at those dates, though, you’ll notice an certain synchronicity: Saturday, June 16th. That day falls right in the heart of the Origins Game Fair, but it is also another major day in the role-playing world—Free RPG Day. Well, don’t let that stop you from visiting us! In fact, the FIRST FIFTY PEOPLE to stop by the Goodman Games booth get to pick up the Goodman Games Free RPG Day books! For free! Let me say that again: the FIRST FIFTY PEOPLE get them for free. We have a limited supply to hand out, and when they are gone, they are gone. (Note: do not rush the stage. This is Ohio. We do not want another Who incident. There will be an actual line for this material.) 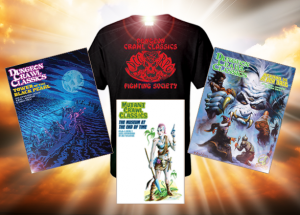 Besides, we also have a ton of other great goodies! All of the things that debuted at the North Texas RPG Convention will be at the Origins booth. Things like the 2018 DCC Convention Module: The Tower of the Black Pearl, MCC #8.5: Museum at the End of Time, the new Dungeon Crawl Classics Fighting Society t-shirt, and much more!

This is going to be a show-stravaganza! Which is a real thing because I just used it in a sentence. Come see us next weekend! 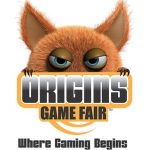 The Origins Game Fair has been held every year since 1975, making it one of the longest-running gaming conventions in the country! It is also the home of the prestigious Origins Awards, where the very best in gaming is celebrated each year. Goodman Games will be on hand with a booth full of adventure! Come on by and visit us at booth number 441!