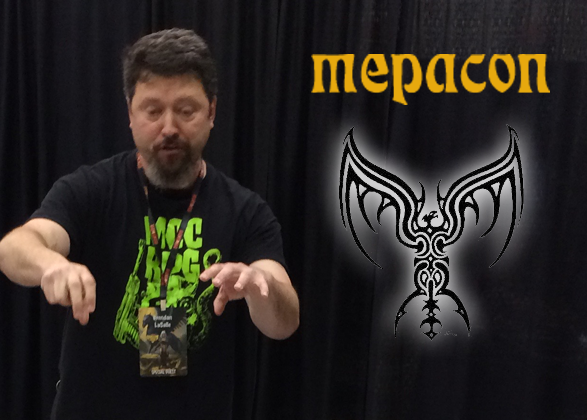 The Mid-Eastern Pennsylvania Gaming Convention—better known as MepaCon—is happening this coming weekend, and one of our own is on the guest list! Judge Brendan LaSalle will be at MepaCon, meeting folks and running games all three days of the show.

From April 27-29 at the Hilton Scranton & Conference Center in Scranton, PA, you can come enjoy hours of gaming fun among what Judge Brendan described as “a small but wonderful convention, that is well organized with a great staff.” Judge Brendan will be running both DCC and Xcrawl at the show, so you might be able to sit down and have some fun with him at the gaming table.

One of the other cool things at MepaCon is their annual charity auction for The Keystone Mission. So, you can have some fun and help out some folks at the same time. So drop on by and make a difference with some dice!

What: MepaCon
When: April 27-29
Where: Hilton Scranton & Conference Center