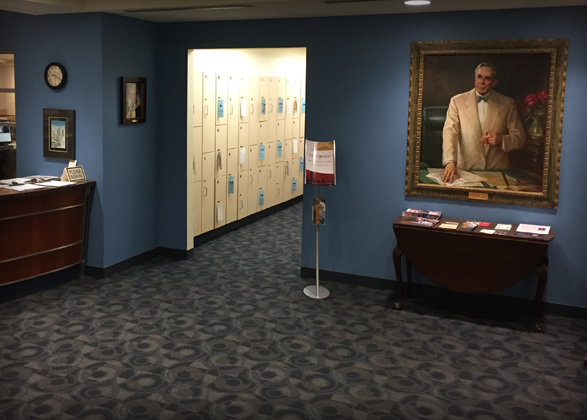 Report from the Archives

In January, Michael Curtis traveled to Houston to research The Fritz Leiber Papers at the University of Houston. This amazing trip was funded by our Kickstarter for the DCC Lankhmar project. The Fritz Leiber Papers is comprised of correspondence, writings, original manuscripts, photographs, and even the author’s sword collection, all of which were donated to The University of Houston Libraries by Fritz and Justin Leiber during a period between 1984 to 1997, and spans 30 linear feet of shelf space. The collection documents Leiber’s life and works from the years 1930 to 1996. As far as we are aware, Goodman Games is the only Lankhmar publisher to incorporate this material into their works. Here is Michael’s first report back from the library.

After five days of fantastic research in the University of Houston Special Collections, I have returned to the not-so-warm climes of the northeast. I’m still in the midst of processing all that I learned from this rare opportunity to explore Leiber’s private life and creative process. While I’ve been a fan of his fiction for many years, the DCC Lankhmar project transformed me into a Leiber scholar. The opportunity to see and read firsthand his works and get a grasp of Leiber the man was the final step in this transformation process and I’m indebted to all the Kickstarter backers whose money and support made it possible.

The contents of the Leiber Papers Collection are all available for public research, but they are copyrighted by their respective owners. This means that I’m free to talk about what I found and use it in inspiration for new DCC Lankhmar material, but we here at Goodman Games have to get permission from the appropriate parties before we share photos of the collection with you. Please stay tuned for those while we get approval.

In the meantime, here’s a partial summary of some of the things I examined while in Houston:

The visit produced a treasure trove of ideas and inspirations for forthcoming DCC Lankhmar supplements and adventures. I’m in the midst of outlining the first of those, the promised stretch goal the trip was intended to produce, and will have the final draft handed in by early next month. No spoilers, but it will allow judges and players to take their adventures beyond the walls of Lankhmar and into the larger world of Nehwon.

I’d like to thank Imelda Cervantes and the rest of the UoH Special Collections department for their extremely helpful assistance during my time there. Their help and good-natured patience with my countless requests made an already amazing trip astounding. I even got to spread the DCC Lankhmar gospel a little and may have created a few new players among the UoH student body!

Attached are some pictures of the University of Houston’s Special Collection department. They have a beautiful facility and, if you’re scholarly-minded and wish to do your own research into the life of Leiber, I heartily recommend reaching out to the University of Houston Special Collections and let them know you’d like to examine his papers for yourself. 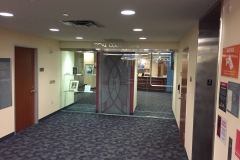 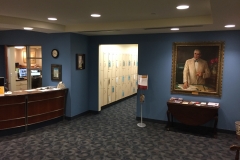 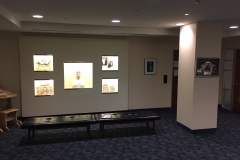 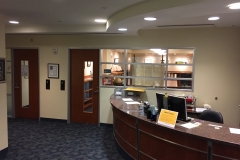 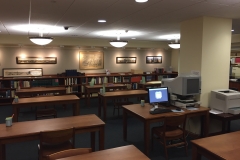 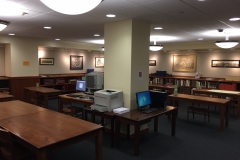 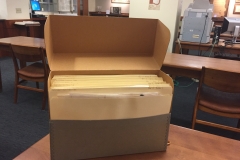 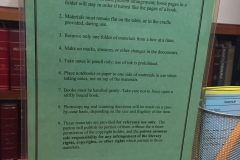