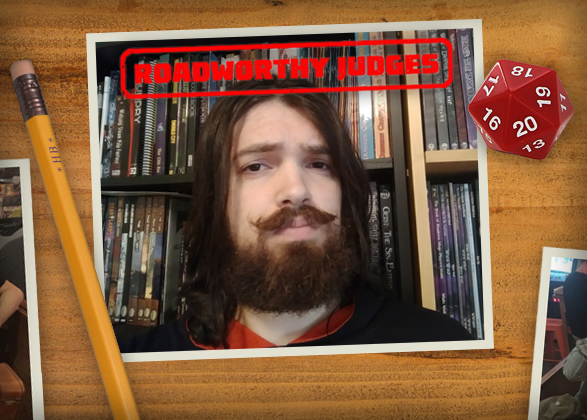 Welcome to Roadworthy. Another of our Road Crew Judges gets a moment to shine. We hope that these profiles help provide insight into their personality and style, and maybe give up-and-coming Judges some advice on improving their game.

The Road Crew theme for 2018 is Strange New Worlds! Head out out to new, unique places to run games for willing participants. Get out there! Run some games at the mall! Or at the park! Or…wherever the urge takes you! Who knows, maybe we’ll take notice and put you up on our website. Jump on into the Road Crew program for your chance!

This time out we spotlight Judge Ziv Plotnik!

Roadworthy: A Profile Of Ziv Plotnik

Ziv Plotnik, I live and game in Israel. I think the best description for me is general geek, with a specialty in table-top RPGs. 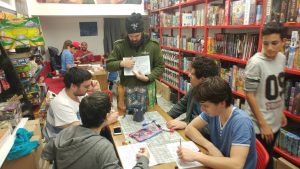 I have a slight Kickstarter addiction, and I happened upon the fourth printing KS for Dungeon Crawl Classics. I thought it looked interesting, so I backed. I then fell in love with the game, the community, and the company, and I deeply regret not backing for the foil cover.

As of this questionnaire, I have run 6 DCC games both open to the public, and in public venues. I have run a dozen more games (sometimes open door, sometimes closed group) in my own living room.

Oof, that’s a tough one. It’s probably a game of Portal Under the Stars (the adventure from the core rulebook, and my go to for RPG newbies I run DCC for). They lost a character to the first door trap, and for the rest of the adventure they just flung its body into every room first to soak up the traps. The same group later climbed up the fire statue and jammed it with a different dead character’s flesh.

I either run games in the number 1 FLGS in Israel (out of 2 whole store!), HaMamlacha (translates to “The Kingdom”), or at the various RPG conventions in Israel; Bigor (Big Israeli Gathering Of Roleplayers) in the spring; Icon (general geek convention with a few RPGs in it) in the fall; Karmicon in the winter; Draconicon in the summer. These coincide respectively with the Jewish holidays of Passover, Sukkot, Hanukkah, and Summer Vacation. 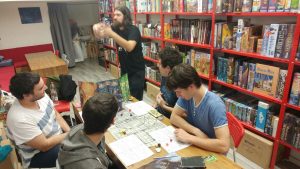 Make some noise! Not the metaphorical buzz around your game, literal decibels! Be just before the limit of disrupting your surroundings. Overact the NPCs, mime the traps, be over-the-top about it. This ensures that the players remember it, AND that onlookers will be more likely to ask you questions at the end, an opportunity for you to hook them into your next game. (Plus being loud and over the top and out there really suits DCC in my opinion!).