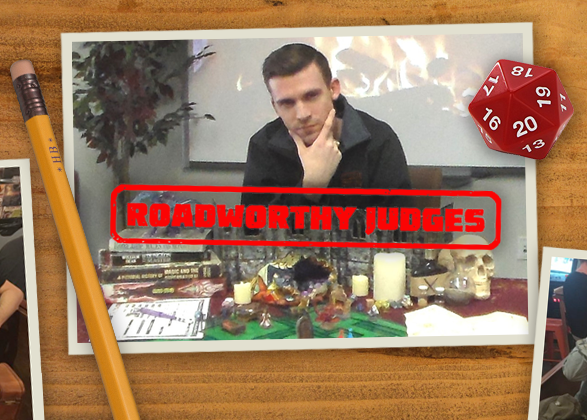 Our Roadworthy posts are designed to give some of our star Road Crew Judges a moment to shine. Each feature is meant to give you insight into their personality and style, and maybe give upcoming Judges some guidance for how to approach their game.

Our theme for 2018 is Strange New Worlds! We want you to go to new, unique places to run games for willing participants. Who knows, maybe you’ll do something that makes us take notice and put you up on our website. Jump on into the Road Crew program for your chance!

This time out we spotlight Judge Toby D. Wilkerson! 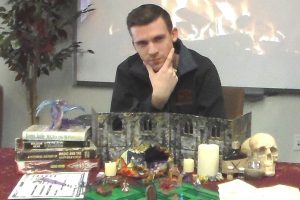 My name is Judge Toby of the deep East Texas woods where I currently live and game. It is most important to describe myself as grateful because I believe it is the key to happiness. Others have called me bold, creative, intense, a nerd, and a jock. Equal to tabletop gaming, I also love roller-skating with my wife. 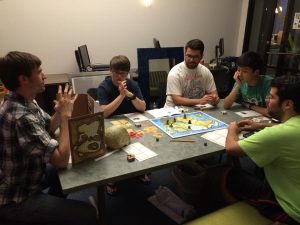 Stay a while and listen…

Tabletop games first caught my fascination in the early 90’s when a friend told me about his cousin not being allowed to play a board game because it was about monsters and magic. Having so little information, my mind began to wonder about all the strange and legendary secrets would be held in such a forbidden game.

It wasn’t until college when I joined in a 3.5 Star Wars campaign that I experienced RPGs for the first time. While it was enjoyable, it lacked the enchanting mystery and primal danger that I had expected. I’d spent 10 years trying to capture that feeling as I transitioned from one rules set to the next and even creating several terrible home-brew systems.

Then at the beginning of this year, I came across the Spellburn podcast. It became apparent very quickly that the DCC RPG was the game that embodied what I’d been craving for 20 years. Specifically, the character creation funnel and the magic system make DCC RPG my favorite rules system. 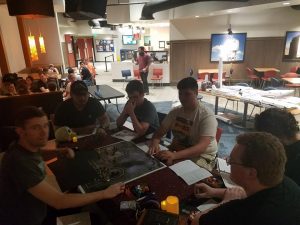 Officially, 12. But I’ve also judged three weekly groups at different points throughout the year and judged a couple of one-shots by requests. My secret trick is to run the same adventure concurrently with different groups. So far this year, I’ve judged Doom of the Savage Kings six times, The Sea Queen Escapes twice, and Sailors on the Starless Sea three times. Harley Stroh has quickly become my favorite author.

Easy. Seeing two new groups spawn and take on a campaign of their own from new players turned judges who attended my Road Crew sessions. We eventually had two public events that peaked at 60 attendees over 7 gaming tables. It brings me joy to connect people to each other and positive experiences. Also, receiving the Doug Kovacs DCC RPG logo belt buckle was radical!

I run games in the public spaces at a university in Tyler, Texas. The on-campus residence hall clubhouses, the cafeteria, and the social zone of the library get a lot of attention from passersby. Email me at toby.wilkerson@rocketmail.com and I’ll get you connected! 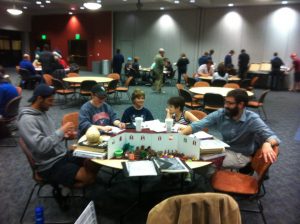 To new judges: Make it as easy as possible for new players to join your table and be inclusive. Gaming is for everyone! Have pencils, character sheets, and dice ready to go. Instrumental music, creepy decorations, and maps/miniatures will make your table more alluring.

To current/experienced judges: When your table and sessions become full, divide your group in two and convince your most capable player to become a judge. A community gaming culture can become contagious!