Year in Review: A Whole Lot of Cons 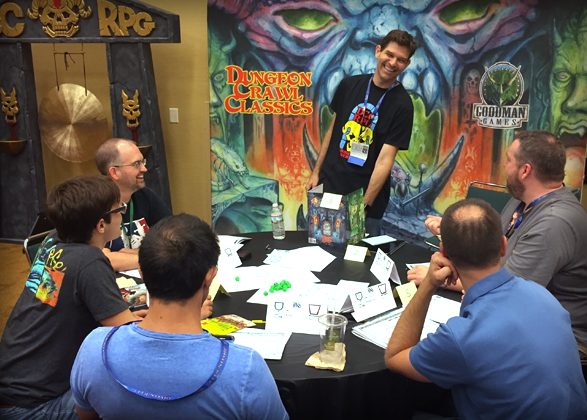 It’s easy to say that 2017 was a busy year for Goodman Games. It would also be a bit of an understatement.

In 2017, Goodman Games attended more cons and events than ever before. All in all, we were at over 20 events, where we met our fans, sold some stuff, and rolled a lot of dice. You can read about all of them at our Con and Store Recap page (always accessible from the “Home” pulldown menu if you want to keep track during the year), but let’s hit a few of the highlights here.

What a huge year! This was our biggest year ever, and it was just a warm-up. In 2018, Goodman Games is going to be everywhere. Be sure to check out our 2018 Convention Schedule to see the current list of shows!

A huge thanks to everyone who attended the shows and all the staff who put them together. Cons are a huge part of our world, and you guys make it a joy for everyone involved.