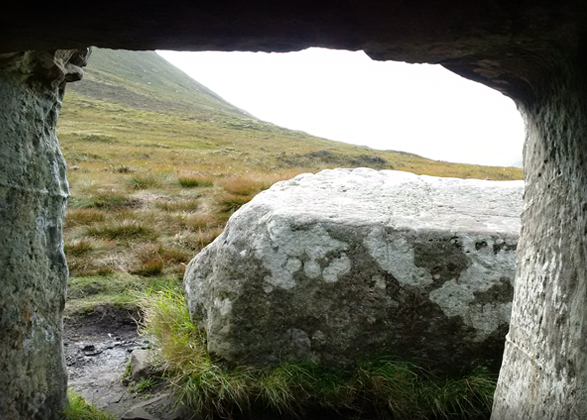 I was lucky enough to take a five-week trip to Scotland and Orkney in 2017, from mid-August to mid-September. I flew with my partner and youngest child into Edinburgh Airport, where my older daughter and her boyfriend met us. Because they started university this year, they could only come for the first two weeks of the trip.

Scotland is an amazingly beautiful country with a past that extends far back beyond recorded history. On our trip, I had an opportunity to explore castles that were still standing, partially standing, and falling into ruin. I was able to enter several caves, two Neolithic tombs, and examine ancient archaeological sites. In the city of Edinburgh, I went on two tours of the vaults below the city. I did some hill climbing, drove through the Cairngorms, visited a reproduction of a crannog, and saw standing stones that both towered over the landscape and which failed to come above my knees.

I’ll try to describe some of the highlights in this article, and give you some material to use for your home game. It’s impossible to do more than scratch the surface; every day it seemed that I encountered the basis for a dozen adventures or more!

The city sits on a ridge of ancient lava, extending from Edinburgh Castle at the west end to Holyrood Palace to the east. The space between these areas is still known as the Royal Mile. At one point along the Royal Mile, you will find the World’s End Tavern, which was at the wall of the original city – effectively, where their world ended. Geological forces gouged deep rifts to the north and south of the Royal Mile, so that, as the city grew, steep narrow streets descended from the Royal Mile to the bottoms of these glacial valleys. These became the city’s various Closes; streets that could be closed at night with gates. 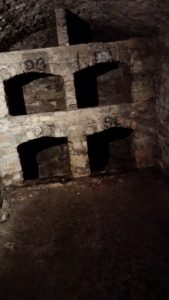 Before modern sewage systems were introduced to Edinburgh, household waste would be dumped in the Closes at specified hours. One can easily imagine the stink, and the slippery cobbles that invited a squalid fall! The well-to-do in these areas would be carried through them by litter.

In early Edinburgh, the higher a dwelling was in its building, the better the economic conditions of those who lived there. Low dwellings were often truly low (some of them were underground), crowded, and full of vermin. Some of these areas are said to be haunted by a variety of spirits. For a comprehensive idea of how these areas were used, see CE 9: Both Foul and Deep, published by Purple Duck Games.

The Isle of Skye 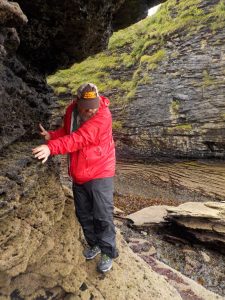 It’s Not Easy Getting to Spar Cave!

Going west to the Scottish coast, we visited the Isle of Skye. During this part of the trip we had the great pleasure of staying at Rowan Cottage in Glasnakille, which I highly recommend. From here, we were able to explore Spar Cave, a sea cave that was very difficult to get to due to recent rain and slick conditions. When exploring sea caves, one needs to be mindful of the tides, so we had to take the window that was afforded to us. The interior was damp due to the morning rain, with water trickling down a cave surface that seemed to go up at about a 45 degree angle! I have some past fall-related injuries, so I couldn’t make it all the way to the top, but my partner and younger daughter both made it to the small pool at the top of the rise. Outside Spar Cave, there are the remains of an old wall that appeared to be one-time fortifications. Humans have never really stopped taking refuge in natural caverns.

We were able to visit a number of castles (and similar structures) in Scotland. These included Urquhart Castle on Loch Ness, Stirling Castle, Doune Castle (used in Outlander, Monty Python and the Quest for the Holy Grail, and A Game of Thrones), Roslyn Castle, and the Bishop’s and Earl’s Palaces in Kirkwall. Possibly the best castle though, from a judge’s perspective, was Findlater Castle – a crumbling ruin on the edge of the sea. This is as close to an actual Dungeon Crawl Classics adventure location as any place I have ever been. There were very few accessible areas left, but the feel was exactly as though unknown beings could be found there late at night. 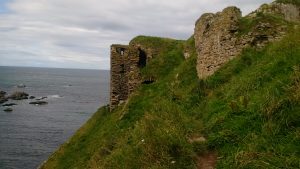 Prior to our trip, my older daughter and oft-times playtester, Heather, advised caution. If Findlater Castle was an adventure I had written, she said, it would collapse as soon as I went into it. I made my Luck check, and it did not. Findlater Castle is off the beaten track. There is no admission fee, and you are free to wander about at your own risk. I highly recommend it.

Stirling Castle was excellent for seeing how a mighty castle might appear during its heyday. Urquhart Castle, Doune Castle, and the Earl’s Palace offered an excellent experience of exploring the upper works of a partially destroyed ruin that might have dungeons below. The Earl’s Palace was notable for its many portions that are still in excellent condition, but it is only a modest tourist spot, and you could explore for half an hour or more without running into anyone who wasn’t in your party.

Rails were added to many of these areas, but we were able to get a real sense of how worn steps in a narrow spiral staircase could inspire serious fear of falling. 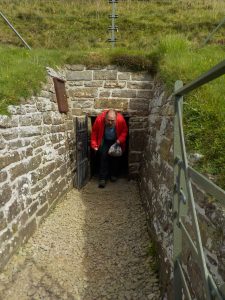 We visited Neolithic burial sites at Maes Howe and the Tomb of the Eagles in Orkney. Maes Howe had been broken into by the Vikings, who had left graffiti carved as runes in the interior. Interestingly, one set of runes referenced the historical Ragnar Lothbrok, a name which will be known to fans of the History Channel’s Vikings. The gentleman who guided our tour was a role-player, leading to some interesting discussion.

The Tomb of the Eagles is a bit out of the way, but before walking out to the tomb itself (self-guided), we were able to handle some of the artifacts found therein. It is amazing to hold a 5,000-year-old stone tool in your hand and discover that you can instantly determine not only how it was held, but also how it was used.

I’ve barely scratched the surface of all the places we visited and things we did in Scotland. These experiences have already started to influence my writing, and will continue to do so for some time to come. In the meantime, though, here is some material you can use at your table:

It is said that those who listen to the fairy stone can sometimes hear faint music coming from underground. The stone is at the top of a hill, with signs of ancient walls radiating out from it like a five-pointed star. No one knows what once stood here.

This stone is a conduit to Elfland, and on certain moonlit nights (especially solstices and equinoxes), the faeries come out to frolic on the greensward. Magic dealing with music, planar travel, or linked to Elfland gains a +1d shift to spell checks when cast here at night. The faeries are jealous, however, and if the caster fails a Luck check, he may be punished in some way (roll 1d7): (1) blinded for 1d3 days; (2) whisked away to Elfland for 1d3 years; (3) sees shadows flitting at the edge of vision for 1d4 weeks, causing a -2 penalty to all attack rolls during that time; (4) temporary 1d7 penalty to Luck, recovering 1 point each day; (5) invisible pinches and thorns in bedclothes prevents meaningful rest for 1d12 days; (6) elfshot causes 1d3 permanent Stamina damage and DC 10 Fort save or die; or (7) caster takes a -1d penalty to next three spell checks due to fey interference.

Selkies are seals which can take human form by slipping from their sealskins. It is said that if a mortal man gains hold of a selkie’s skin, he can command the selkie. There are legends of folk who worked the land and fished the sea gaining selkie wives in this fashion. A selkie kept from her true form is always tinged by sadness, and will escape into the ocean if ever she regains her sealskin. Such a selkie may love her mortal man, but she loves her freedom and her seal husband more.

Approximately 10% of selkies can cast spells, with a +1d3 bonus to the spell check. These selkies know 1d5 of the following spells (roll 1d7 or select): (1) animal summoning, (2) blessing, (3) charm person, (4) mending, (5) runic alphabet, fey, (6) second sight, or (7) water breathing. Selkies cast spells as wizards, but do not suffer corruption. For cleric spells, any spell check of 11 or lower results in the spell being lost.

We hope you enjoyed our adventures through Scotland and Orkeny! Be sure to keep checking back for more upcoming Real Life Adventures. And check out some of the additional photos from Scotland and Orkney below. 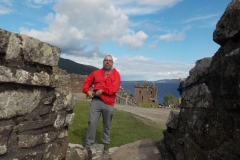 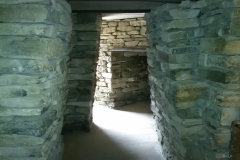 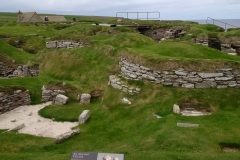 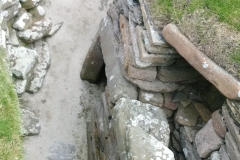 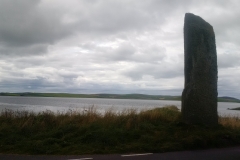 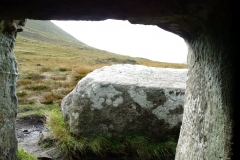 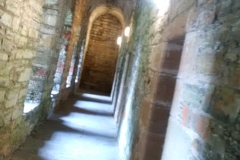 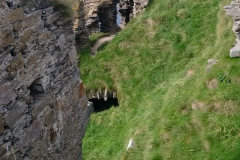