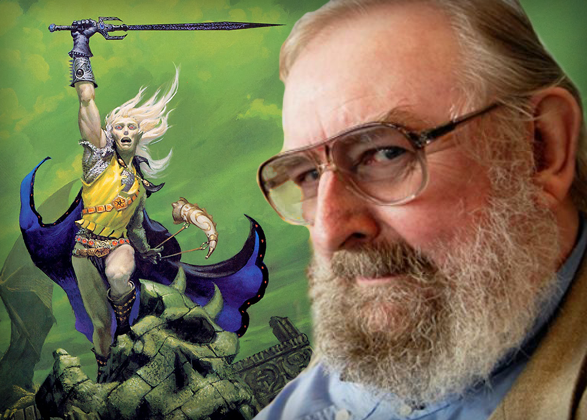 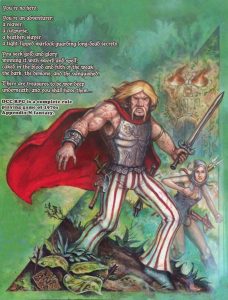 It is hard to speak of Michael Moorcock’s career without first acknowledging a great debt owed by the Sword & Sorcery community. It was Michael Moorcock and Fritz Leiber who originally coined the term now used to refer to works such as the Conan stories of Robert E. Howard, and so it is only fitting that “Sword & Sorcery” now encompasses the works of Moorcock himself. This genre of sword wielding heroes confronting the unknown stands as inspiration for a number of role playing game systems (including a particular system which introduces itself with the line “You’re no hero. You’re an adventurer: a reaver, a cutpurse, a heathen-slayer….”). Even before there was an Appendix N to inspire gamers, there was Sword and Sorcery. 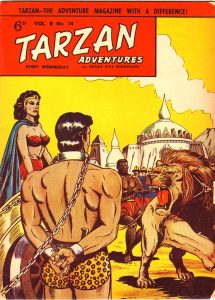 Born in 1939, Michael Moorcock began publishing his own fiction magazine (Outlaw’s Own) in 1950 and was editing the magazine Tarzan Adventures by the age of 17. Musically, he is credited by Blue Öyster Cult for Black Blade and he co-wrote their classic song, Veteran of the Psychic Wars. Moorcock has written and appeared on-stage with several other bands (such as Hawkwind and his own band, Michael Moorcock & the Deep Fix) and his works have inspired scores of other musicians. Author of over 80 novels, he is perhaps best known for his creation Elric of Melniboné, one facet of the Eternal Champion.

Elric VIII, the brooding 428th Emperor of Melniboné, strikes his own path rather than the one laid before him, challenging tradition, precedent, and even the lords of chaos and law. Armed with the potent rune-sword, Stormbringer, his adventures paint him not as hero or antihero, but as both an adventurer and doomed figure, cursed by the very sword that gives him his stamina and strength. 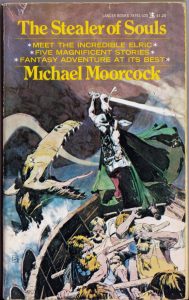 Gygax cites two Elric works, Stormbringer and Stealer of Souls, within Appendix N. The influence of Moorcock’s creation is clearly visible. The struggle between Law and Chaos is central to the tales of Elric, helping to also lay the foundation for the alignment systems of Dungeons & Dragons. The multiverse of Michael Moorcock revolves around the struggle between Law and Chaos, and the (often unknowing) figures that work to prevent either side from gaining dominance. In Moorcock’s writings neither Law nor Chaos is “good” or “evil,” save in the perceptions of some. It is the ultimate victory of either one over the other that would bring ruination in the form of eternal stagnation or unconfined formlessness. 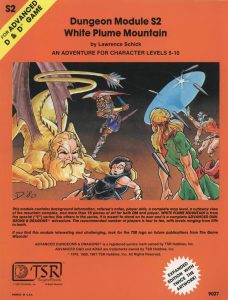 It is no accident that the art for Blackrazor on TSR’s White Plume Mountain so closely resembles Elric and his blade Stormbringer. Adventure author Lawrence Schick deliberately mimicked the blade. Further, the Melniboné “mythos” appears in the early version of Deities & Demigods (despite rumors to the contrary, TSR did have Moorcock’s permission for the inclusion), providing stats for Elric and several other of Moorcock’s creations. Elric has also inspired a multitude of RPGs such as Stormbringer and Elric! from Chaosium, and Elric of Melniboné from Mongoose publishing. In Dungeon Crawl Classics terms, Arioch as the patron of the Emperor of Melniboné certainly lays the groundwork for the DCC system of patrons while the spell Eternal Champion provides an avenue to incorporate literary figures such as Elric directly into the game. 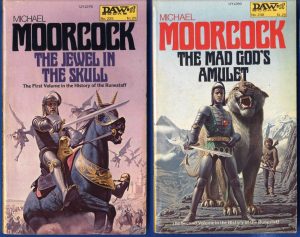 Within Appendix N Gary Gygax also cites the Hawkmoon series, “(esp. the first three books)”. As another facet of the Eternal Champion, Dorian Hawkmoon is not as flawed a hero as Elric but, instead, more readily conforms to the role of hero. Hawkmoon’s adventures take place in an altered but recognizable version of our world; a future where magic and science are joined by sorcerer-scientists. Hawkmoon’s adventures reflect some of Michael Moorcock’s own cited influences, such as Leigh Brackett and Edgar Rice Burroughs. Like Elric, Hawkmoon also inspired his own role playing game (originally released through Chaosium, now on its 3rd edition).