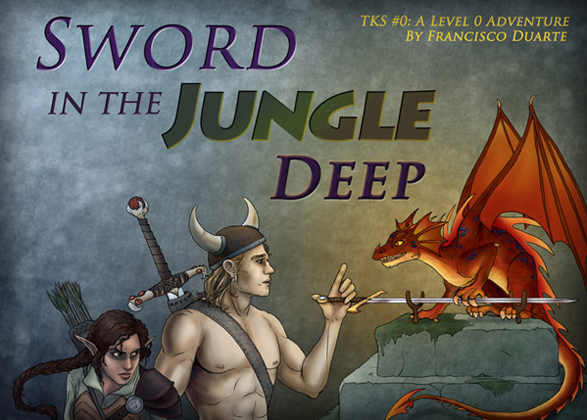 Goodman Games has some amazing Third Party Publishers, and we want to give each of them a moment to shine. That’s why we’re giving them a chance to showcase their product in our Community Publisher Profiles. And right now, if you order any Third Party product, we’ll send you a free DCC Rock God Guitar Pick! This time up, we’ve got The Keep Studios talking about Sword in the Jungle Deep!

Driven by the abusive schemes of Warmage Czercic, whose cruelty is checked only by his avarice, a band of hapless prisoners is forced into Erset La Tari: a vicious jungle teeming with monstrous wildlife and rumored to conceal bountiful treasures. Will they unearth an ancient angelic secret or will they perish in the wilderness, forgotten exiles of a decadent city? 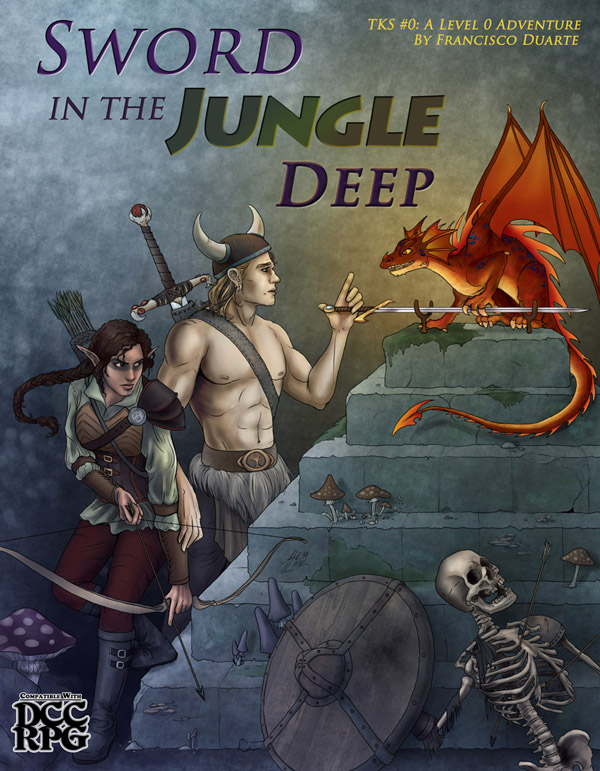 Sword in the Jungle Deep is an introductory adventure for a party of level 0 characters, written by Franisco Duarte and published by The Keep Studios. It is 13-pages long and available in PDF and softcover.

Francisco hails from Coimbra, Portugal and has harnessed the power of the internet to expand his horizons. Working and playing with The Keep Studios (based in the U.S.) he was exposed to tabletop roleplaying through digital platforms. DCC provides a chance to explore disparity. It is designed to be dynamic, but not necessarily “fair.” Unfair circumstances contrasted against tremendous potential took hold of the author’s imagination. In his words, “When I was imagining the world of Caster’s Crossing, I imagined these organizations with nigh-monolithic power, and having the players starting with these characters who are expendable, and eventually evolving into something more was something that quickly captured my imagination and made me think, ‘I wish I could start a campaign like this!’”

A recent player relates his experience through the eyes of one of his characters:

“Vladimir the elf, arrogant bastard that he was, decided in his infinite wisdom that nothing could possibly go wrong with what appeared to be his ticket out of here. Ambling up the pedestal, he noted his compatriots standing far behind. ‘Cowards!’ he thought to himself, ‘They must truly love it here… Well, not me!’

Vlad approached the gleaming red artifact with a grin that would not last long. Within moments of entering the circle of stumps, he was ripped off his feet into the air. With horrified expressions, his fellow prisoners watched on as he was held in the air by the roots of the stump nearest to the elf. Seconds later, he was torn asunder, and then squeezed into a fine paste, as if for good measure.”

Haven’t your players always wanted an authentically capricious exiled prisoner survival experience? Of course they have! They just don’t know it yet….

Be sure to check out Sword in the Jungle Deep from The Keep Studios in our online store!