Last Chance to Pledge for the Xcrawl Movie! 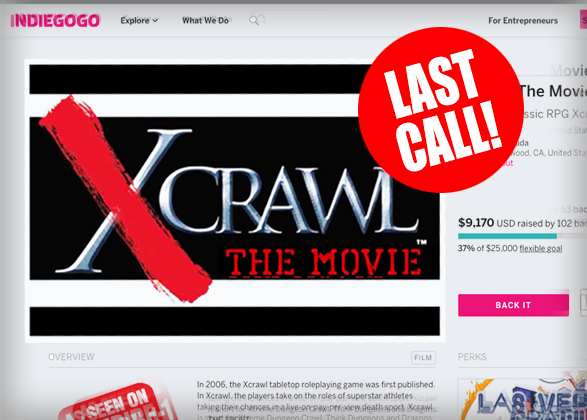 It’s come down to the final hours! Who will live, and who will die? This time, it’s up to you!

The cult-favorite RPG Xcrawl is making a play for the big screen, through a crowdfunding effort on Indiegogo! It is down to the final few hours for you to help that dream come true, so you need to pledge now!

Hollywood producer Paul Suda has teamed with Xcrawl creator Brendan LaSalle to create a script for a proof-of-concept trailer. This is the piece they will show to studios to help make the film a reality. They need your help to make the proof-of-concept piece as good as possible!

While Goodman Games is not officially associated with this campaign, we are fans of both Xcrawl and Brendan, and we’d love to see this project come to light.

So head on over to Indiegogo and help make Xcrawl: The Movie a reality!