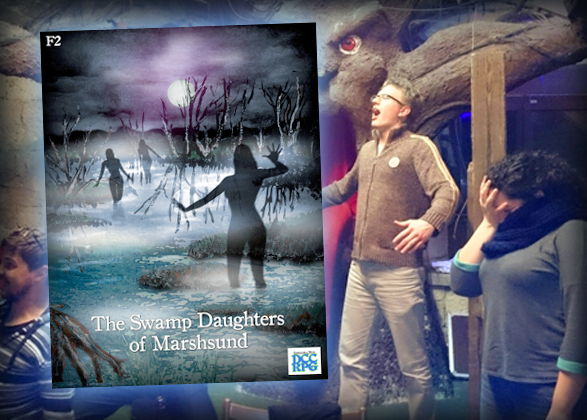 We continue to shine a spotlight on our Third Party Publishers, this time turning our attention to Mount Parnassus Games! Oliver Korpilla steps in to give us an overview of their adventure module, The Swamp Daughters of Marshsund. 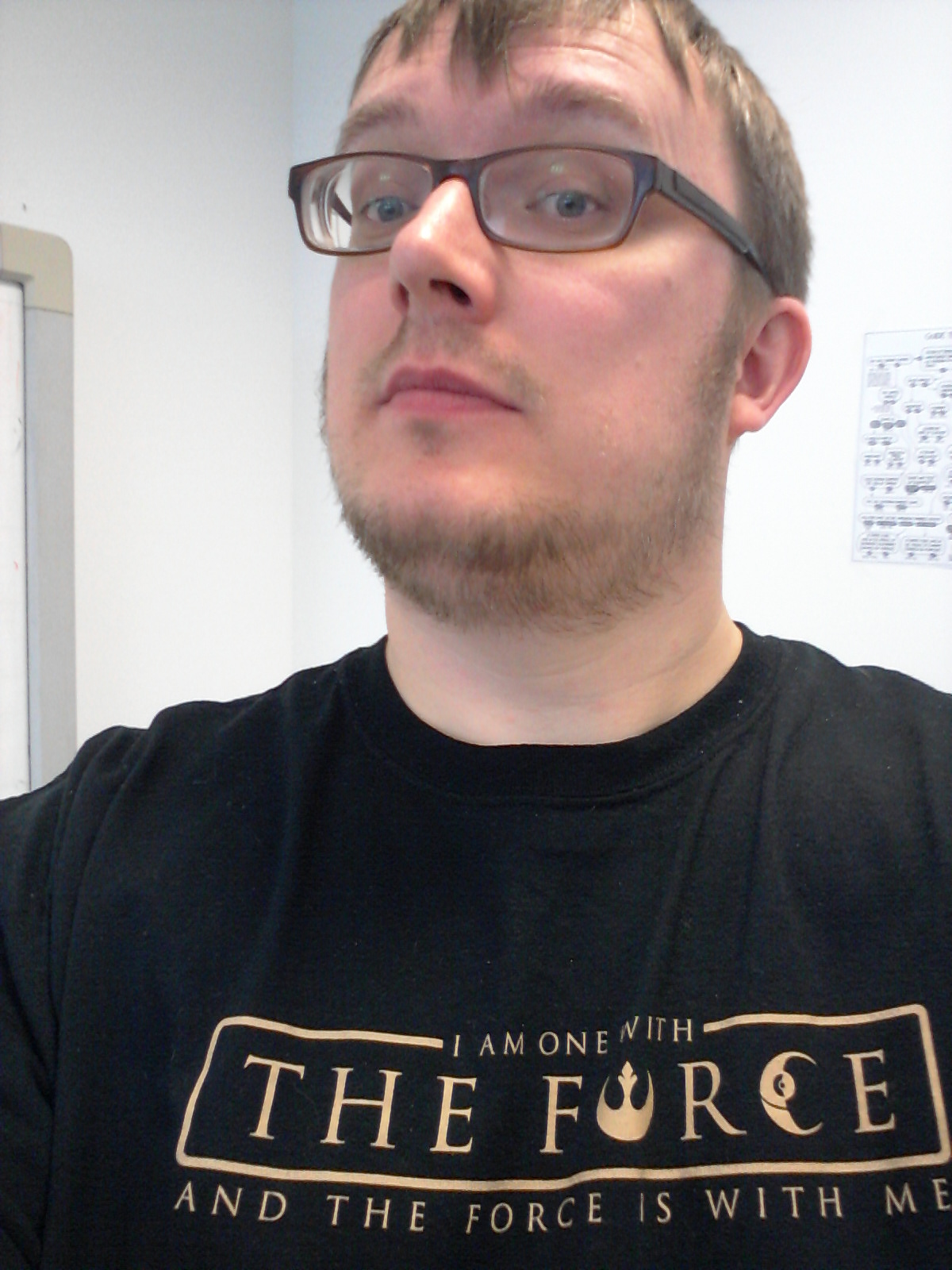 Can you solve the mystery of The Swamp Daughters of Marshsund? Who are these shades and why did they abduct a nobleman’s daughter? Don’t expect much help from the xenophobic villagers of the nearby town. It’s up to you to reveal any information from the paranoid lot, to shoulder your gear and find out what’s what, and to tie loose ends a hundred years old.

The Swamp Daughters of Marshsund is an adventure for player characters of level 3, available as a softcover with 23 pages of BW interior in a color cover. It was co-written by Oliver Korpilla and Mattia Giardini, special thanks to Bernd Jans for the evocative cover art and renowned Dyson Logos for the permission to use one of this dungeon maps. 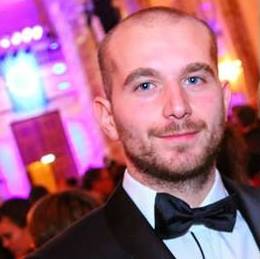 Mattia and I co-wrote this one to make a more non-linear style of adventure. It features several factions, all with valid interests from their own perspective, and it features multiple outcomes regarding the players and those factions. Being only the second module published by MPG we hoped to challenge ourselves with this one. I definitely wanted a weird vibe without replicating known tropes so much, given that its precursor “The Headless Horseman” was based on such a well-known story! We think it turned out rather unique.

Fellowship of the Goose: These are the PCs we ran the adventure with. (Courtesy of Pietro S., player of “Gildorel”)

This module has been written for and tested with my home group, The Fellowship of the Goose. Originally set on the map of Goodman Games’ Aereth you might still be able to see its inspiration from the kingdom of Morrain, since that campaign started in the surroundings of legendary Castle Whiterock. When investigating in Marshsund a misfired Ventriloquism spell ended up players blurting secrets to the wrong part of townsfolk and the elf in shackles. After more mischief and collapsing a hut on top of the town elder they were cornered by a mob, bound, rowed out of town, and left on the other lakeshore with a clear warning to not come back. And to think the town was intended as safe home base! In the end, the campaign villain only hinted at in the adventure ended up displacing them in time and space and the Swamp Daughters became the guiding lights that prevented worse. 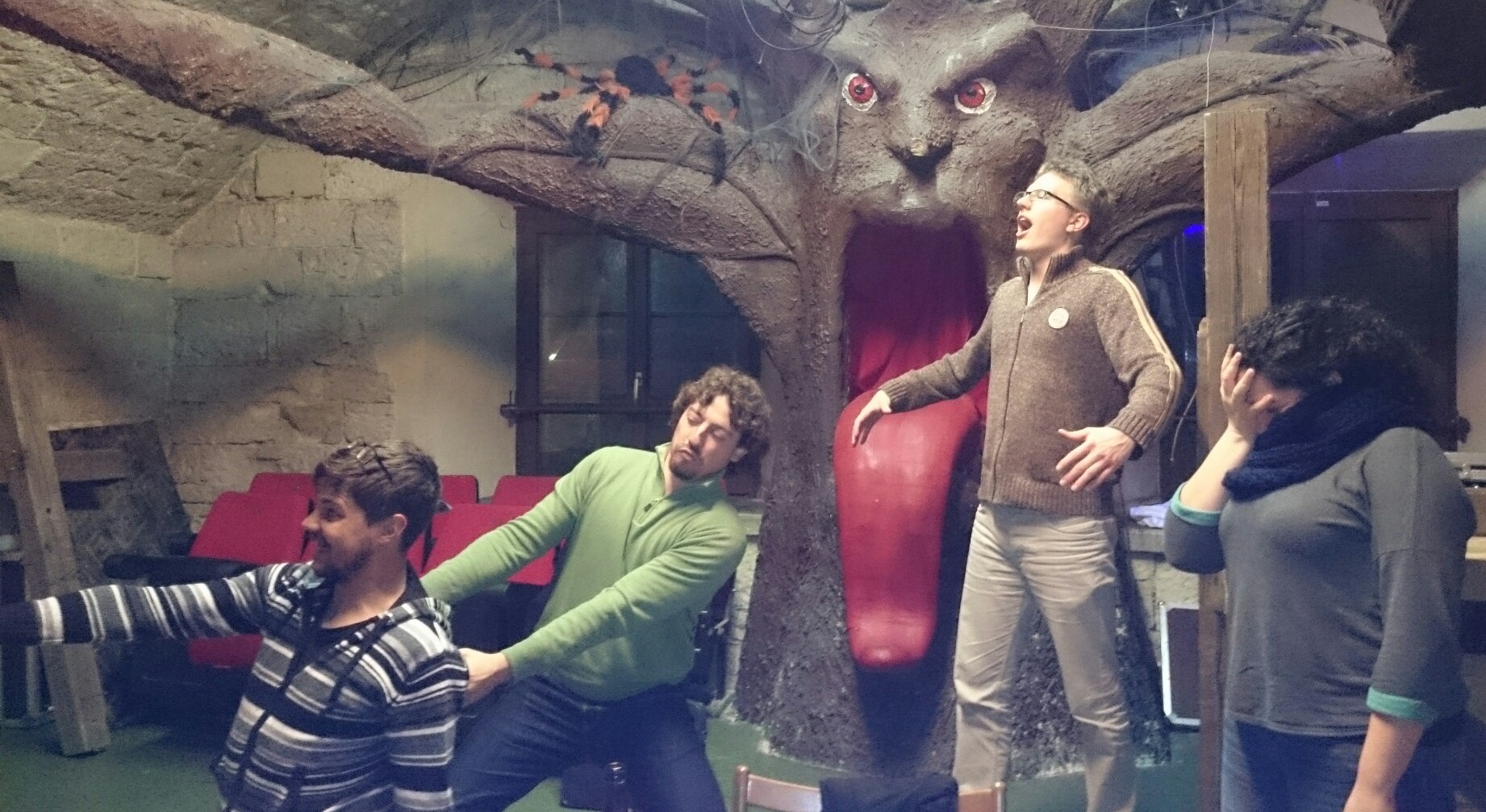 My players reenacting their attempt at resolving the finale.

So, what’s in it? A hex-crawl! A small dungeon! Random encounter tables! Foraging rules! An NPC you can safely hand to a player for a change! Multiple factions, hooks, and outcomes! And all of it is open content! No idea what you might be waiting for…

Check out The Swamp Daughters of Marshsund and everything from Mount Parnassus Games!

NOTE: Don’t forget that you can get an official ROCK GOD guitar pick FREE with the purchase of this or any other Third Party Publisher product from our online store! Offer good while supplies last.