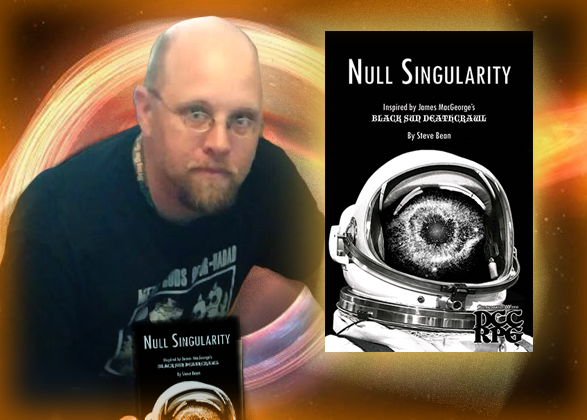 As you may already know, Goodman Games offers a free license for creators to self-publish their DCC creations, and this month we spotlight community members whose DCC creations have added great new options for players and judges alike. If you purchase any DCC RPG product this month, you’ll get a free DCC guitar pick. This time up, we’ve got Steve Bean talking about Null Singularity!

At Alpha-Minus Zero there was EveryThing, existing in NoThing, compressed into an infinitesimally small speck. Then the speck exploded, filling The Void with matter, light and life.

But the Null Singularity existed in the In-between: light-sucking anti-matter.

It arrived on the event horizon and twisted and tore at gravity, torturing space-time.

Life sought to flee from The Singularity. Unprepared, it flung itself out into The Void.

You are a Voidant. Your Primary Mission Parameter is: there is only the Mission, which has No Definite Parameters. Really, you’re a spare part – like a PortZeal or a PulzValve- just organic. You spend most of your time in SomniStays-Iz The rare times you’ve been task-assigned a VoidWalk are the only times you’ve felt at all alive.

This is one of those rare times, but this time…

Your VoidArk is experiencing catastrophic PlanetFall. 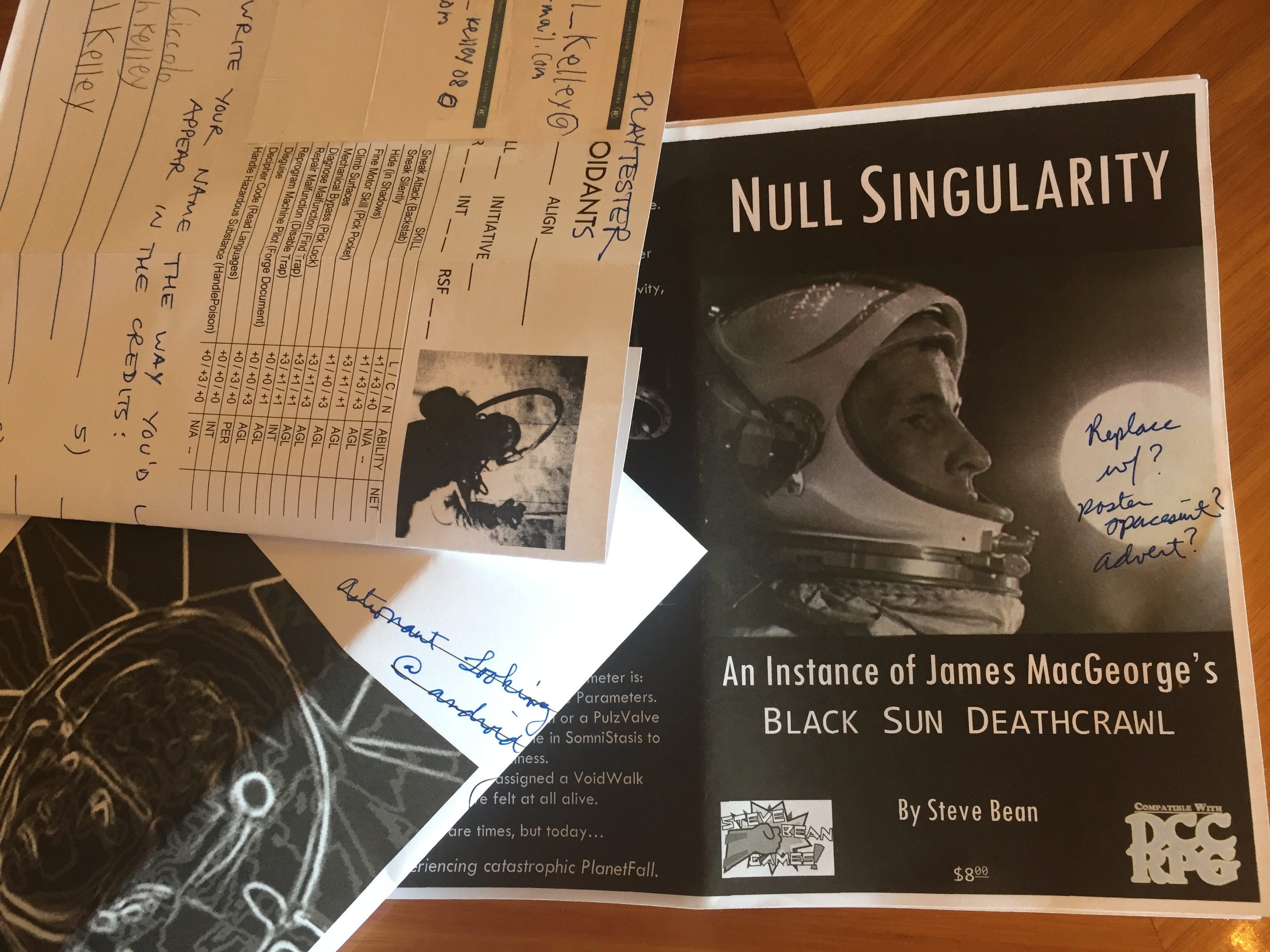 The design, writing and art direction for Null Singularity was all done by regular Goodman Games writer Steve Bean. About his idea to write Null, Steve says: 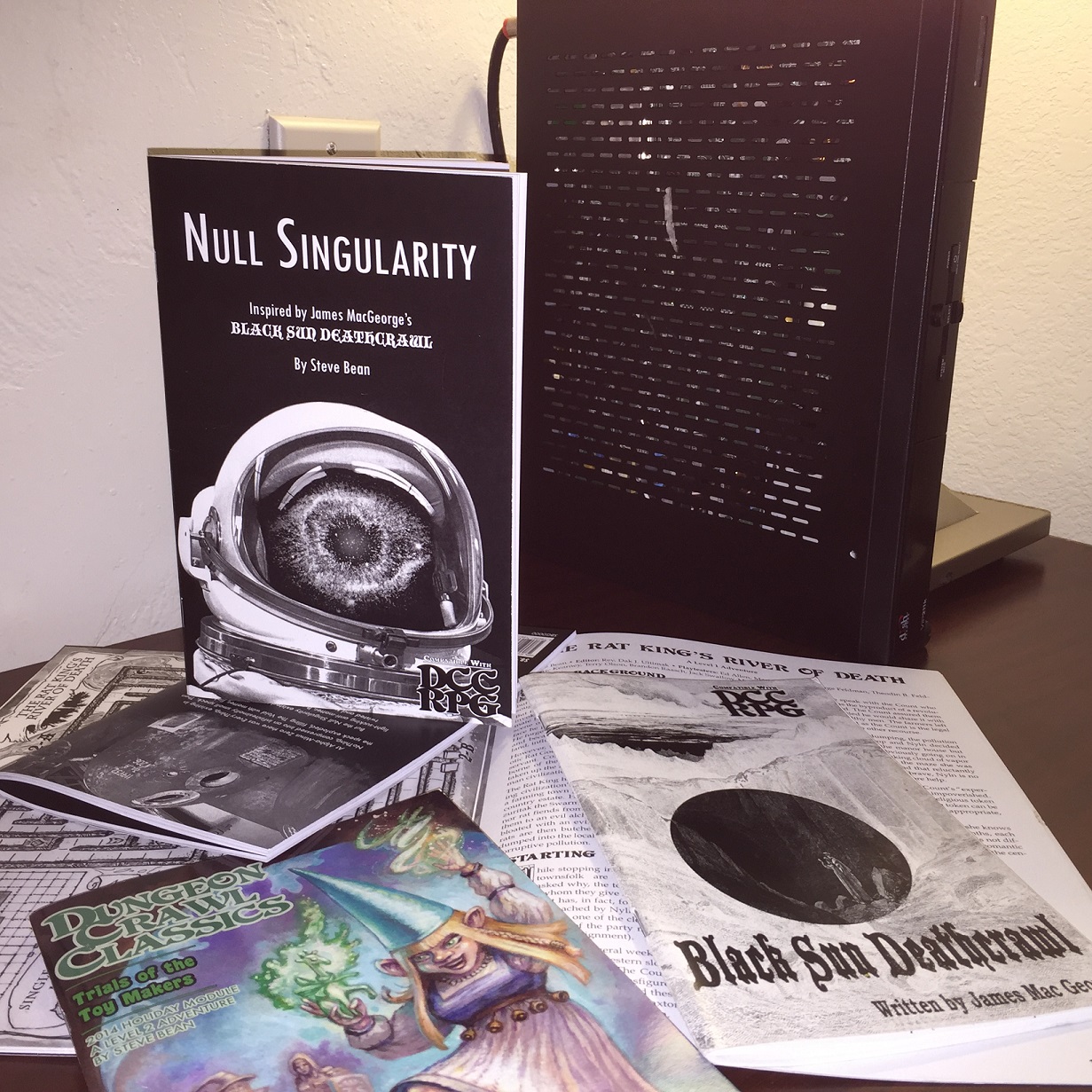 “I went to Gen Con in 2015 in a ‘bad space,’ emotionally. As I was helping set up the booth, one of the first new products that caught my eye was Black Sun Deathcrawl by the inestimable James MacGeorge. It was insanely dark, utterly depressing and it blew my mind. I was lucky enough to get into the after-hours Black Sun Deathcrawl game that James ran and, strangely, the game lifted my depression. (Catharsis?) I was inspired. I went back to the hotel thinking about the theme of Black Sun Deathcrawl – ‘What does it mean to lose all humanity?’ – and my own existential questions, like the one that eventually became the theme of Null: ‘To what extent would you go to survive, especially if that survival cost you what it means to be human?’ The influences that shaped Null Singularity – space horror stories, tales of a doomed struggle to survive in an utterly hostile or dystopian environment, black-and-white, jet-age aesthetics and how the infiniteness of the universe brings human existentialism into focus – are all deeply meaningful to me. I think Null perfectly captured the feeling I was going for and I’m extremely proud of the work and very happy with the tone conveyed by the black-and-white photos of 1970s space programs.”

About playing the game, Steve says: 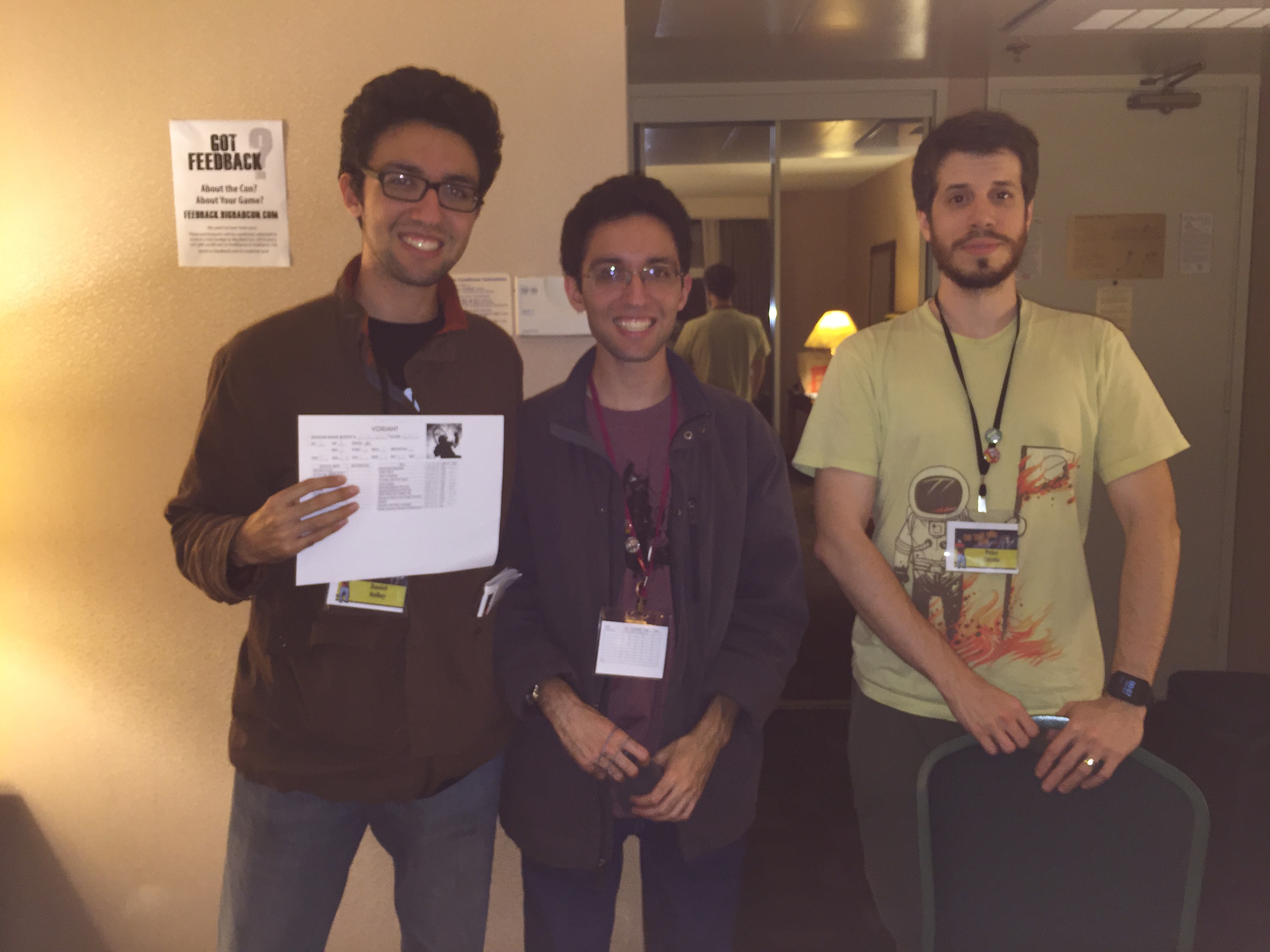 “There was a time when I believed (wrongly) that a mark of my attaining mastery of game design would be when I didn’t need to playtest. I’ve since come to realize that playtesting will ALWAYS be critical – without it a designer can never know what s/he doesn’t know; it’s also a source of new inspiration.Null Singularity’s expenditure of essential resources in real time – ticking off checkboxes for oxygen, battery power and water – came out of feedback on an early playtest. Playtesting also showed me how to amplify what players have often identified as one of their favorite aspects of Null – its ‘what’s real?!?’, psycho-thriller quality. SPOILER ALERT: In the second play test, a lightbulb went off in my head. The XenoHorror stalking the party would eventually be seen and “outed,” but that didn’t have to end the ‘WTF is going on?!?’ experience – I realized I could have the XenoHorror look different to each PC; it could be a projection of each PC’s individual fears. So, during the playtest, as each PC got their first glimpse of the XenoHorror, I would ask the player to describe what their character imagined a ‘space monster’ to be and that’s what that PC saw the XenoHorror as. I wrote up that technique in the set of end notes in the product about running the adventure and have run it that way myself – with malicious glee – ever since.” 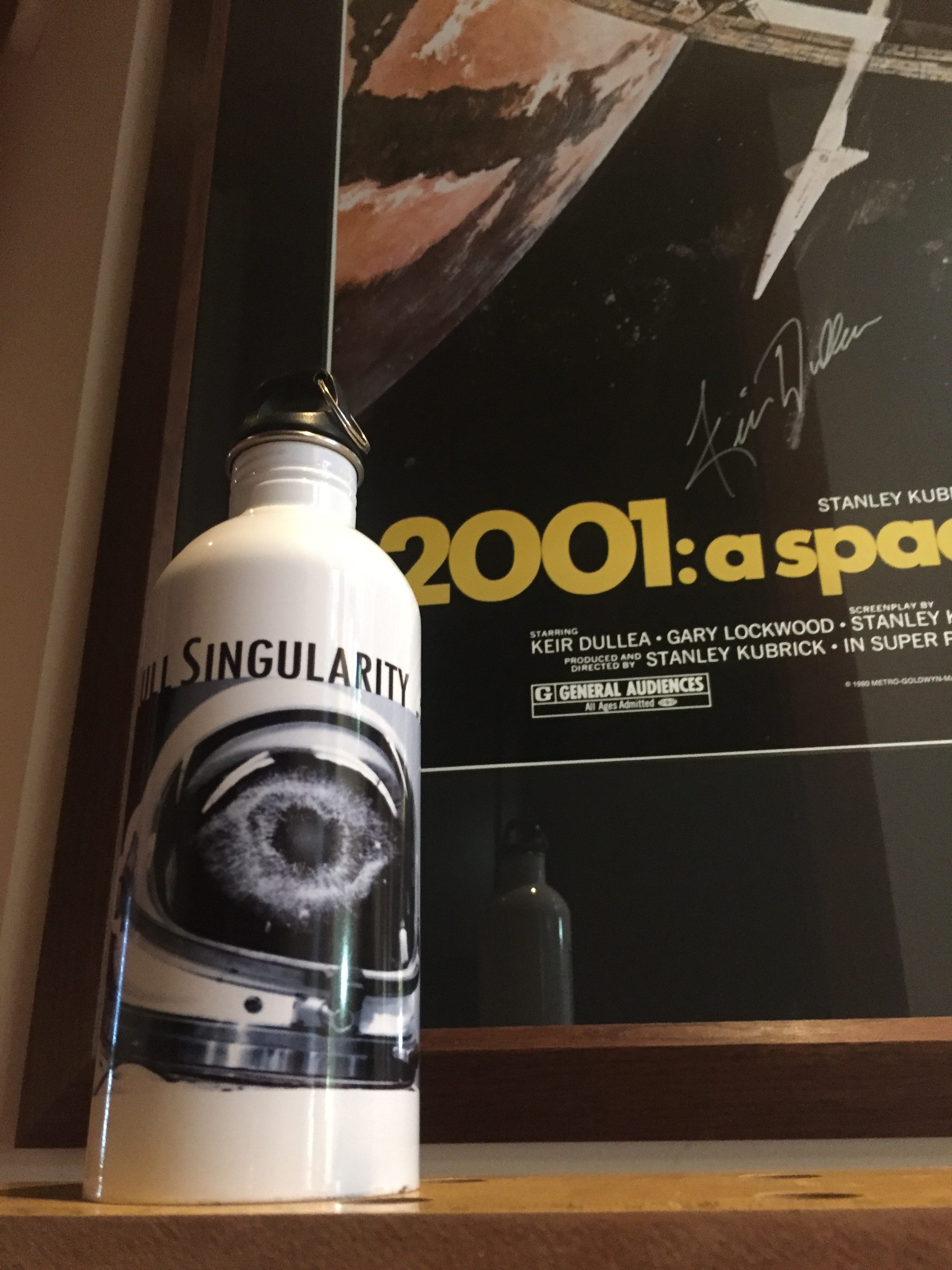 If you’ve ever wondered what it would be like to be the protagonist in a movie like Alien, Event Horizon, or 2001: A Space Odyssey, you’ll love Null Singularity. Null Singularity can be run within a single 6-hour session, including character creation, making it a great convention event or change-of-pace one-shot for your regular gaming group!

And check out some of the unused art from Null Singularity below! 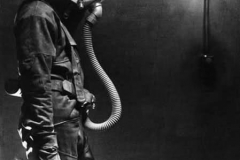 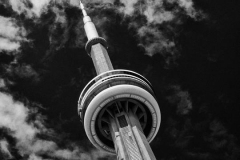 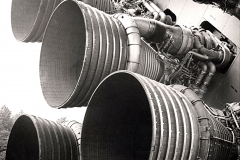 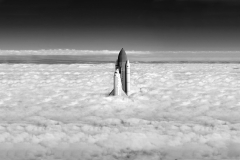