Visit Us at Big Bad Con! 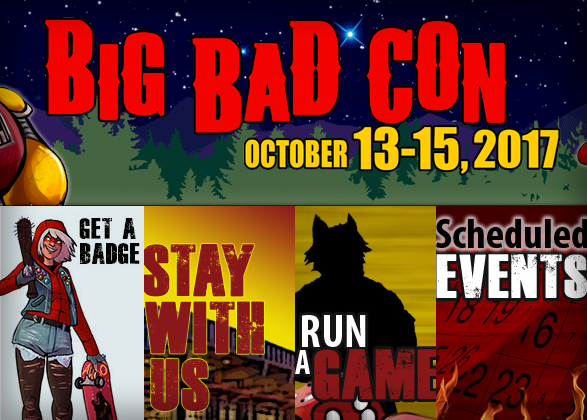 In just a few short hours the doors will open on Big Bad Con 2017, and Goodman Games will be there in full force! Attending this year are writers Terry Olsen, Steve Bean, and DCC cover artist Doug Kovacs! And it is not too late to sign up and play in one of the Dungeon Crawl Classics games run by Steve Bean! This is a great convention for gamers, and it embraces the role-playing community with open arms.

And in case you were worried that they horrific fires raging through Northern California might cancel the show, they have confirmed that the con is going on! They do, however, need some game masters to step up and step in to run some events due to some cancelations because of the fires. So support your gaming community and attend Big Bad Con!

How can you not love a convention that has a booth called “Tell Me About Your Character?” With the proceeds going to a great charity, no less!

If you are anywhere near the greater San Fransisco/Oakland area, take some time out to visit Big Bad Con!