The Artists of Goodman Games 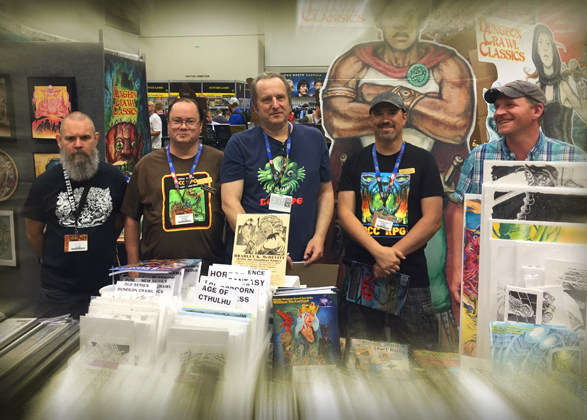 For the first time, the core artists behind the Dungeon Crawl Classics look and feel were all together in one place at Gen Con 2017. Pictured above we have, left to right, Doug Kovacs, Brad McDevitt, Stefan Poag, William McAusland and Peter Mullen—with of course Chuck Plimpton looking on from behind. 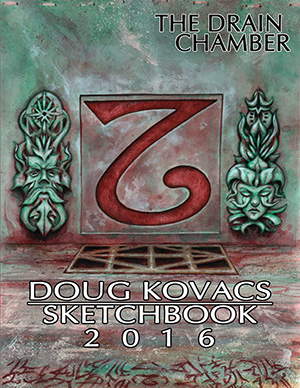 Doug Kovacs has defined the look of DCC RPG since the beginning. More than just an artist, he’s also one of the creative voices behind the game. His original cover to Dungeon Crawl Classics RPG captured perfectly the core concepts of the game: a hero who breaks with genre convention by bearing weapons of both warrior and sorcerer; a design that breaks with artistic convention by hiding the protagonist’s face; a concept that literally confronts the reader with a stone reflection of a face while leaving it up to the reader’s role-playing skills to bring that stony face to life; and a gaping hole below the staircase invites the beginning of a great adventure. Since that iconic beginning, Doug has painted and illustrated hundreds of images for DCC RPG and captured the imaginative spirit of the game. He has also defined a cartographic style that has become an RPG standard. Doug lives for his art, and his art is his life. Plus some gaming thrown in for good measure. At Gen Con 50, Doug also released his latest project, The Doug Kovacs Coloring Book! You can pick up the Coloring Book directly from Doug, and grab his 2016 Sketchbook from our online store! 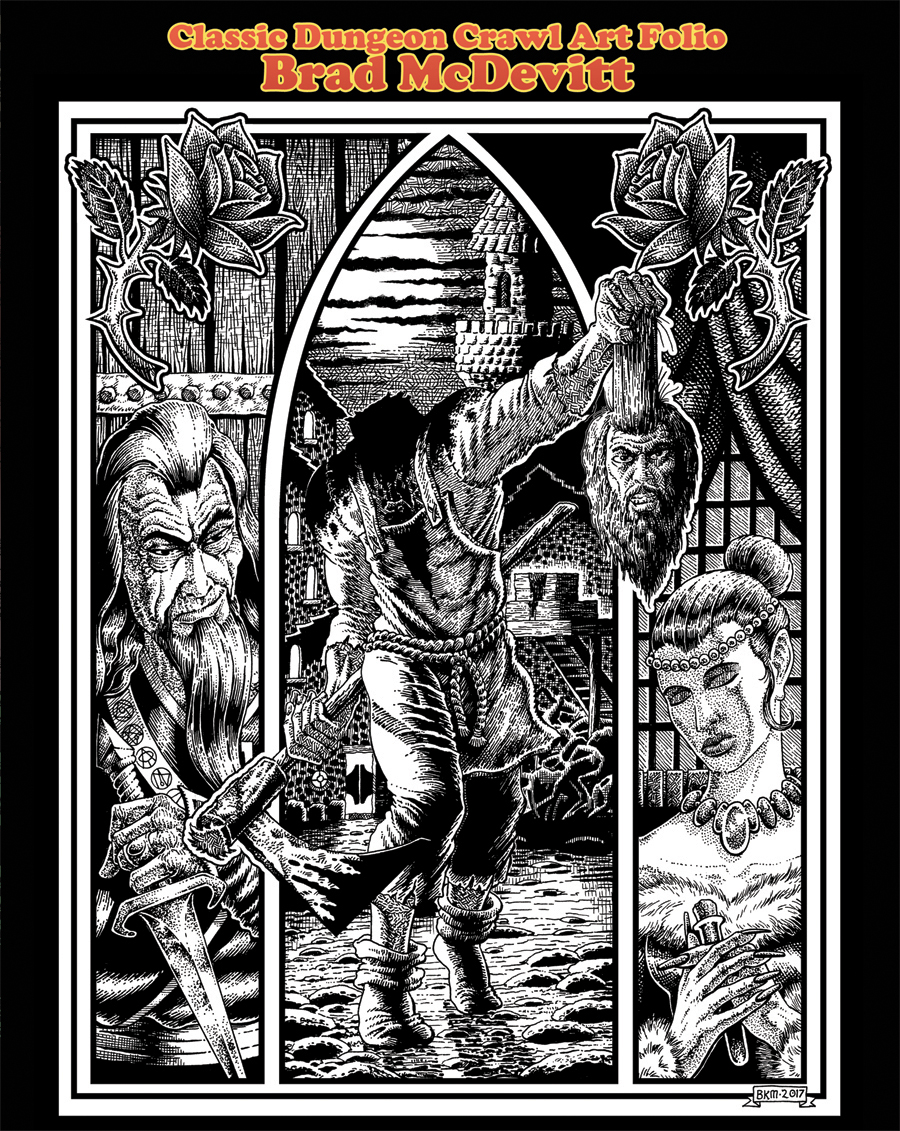 Brad McDevitt continues an artistic legacy that began in the 1920’s. A modern adherent of the great pen and ink illustrators of the early 20th century, Brad is well-versed on the technical expertise of Virgil Finlay and Hannes Bok. Brad embraces the Rapidograph, not Photoshop, and his line work is nonpareil. Brad is a master craftsman when it comes to pen and ink. His art conjures up the great masters of pen-and-ink work, infused with a clear love of all things gaming, fantasy, and horror. Brad is also a walking encyclopedia of knowledge on classic pulp art and literature. 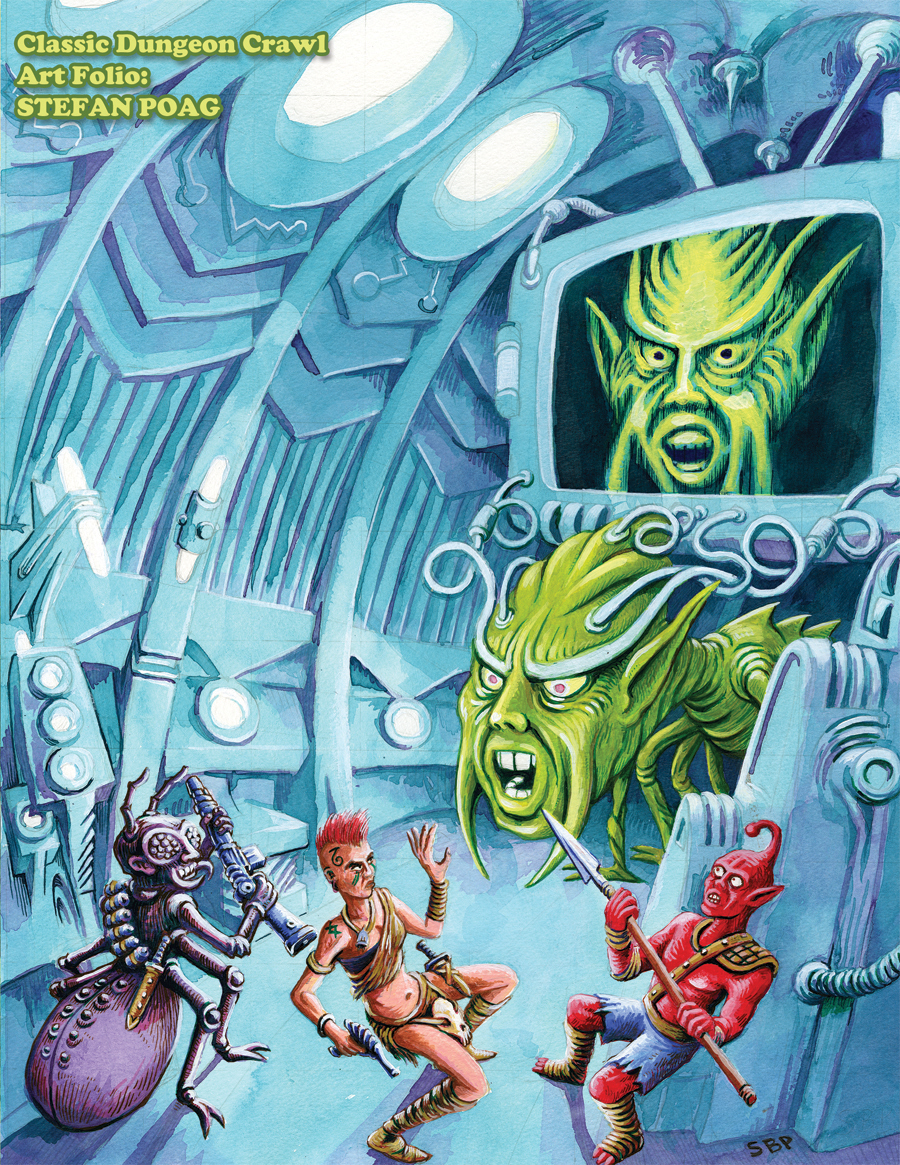 Stefan Poag draws like the rest of us play D&D. Every illustration screams “adventure!” and you can’t help but see the creative gears shifting. His art feels like a game we could step into and roll an attack roll in the next round. Stefan’s color work is just as exciting as his black-and-white work, and his love the game shines through in his art. Every image is exciting, and he’s now tackling cartography with the same enthusiasm. 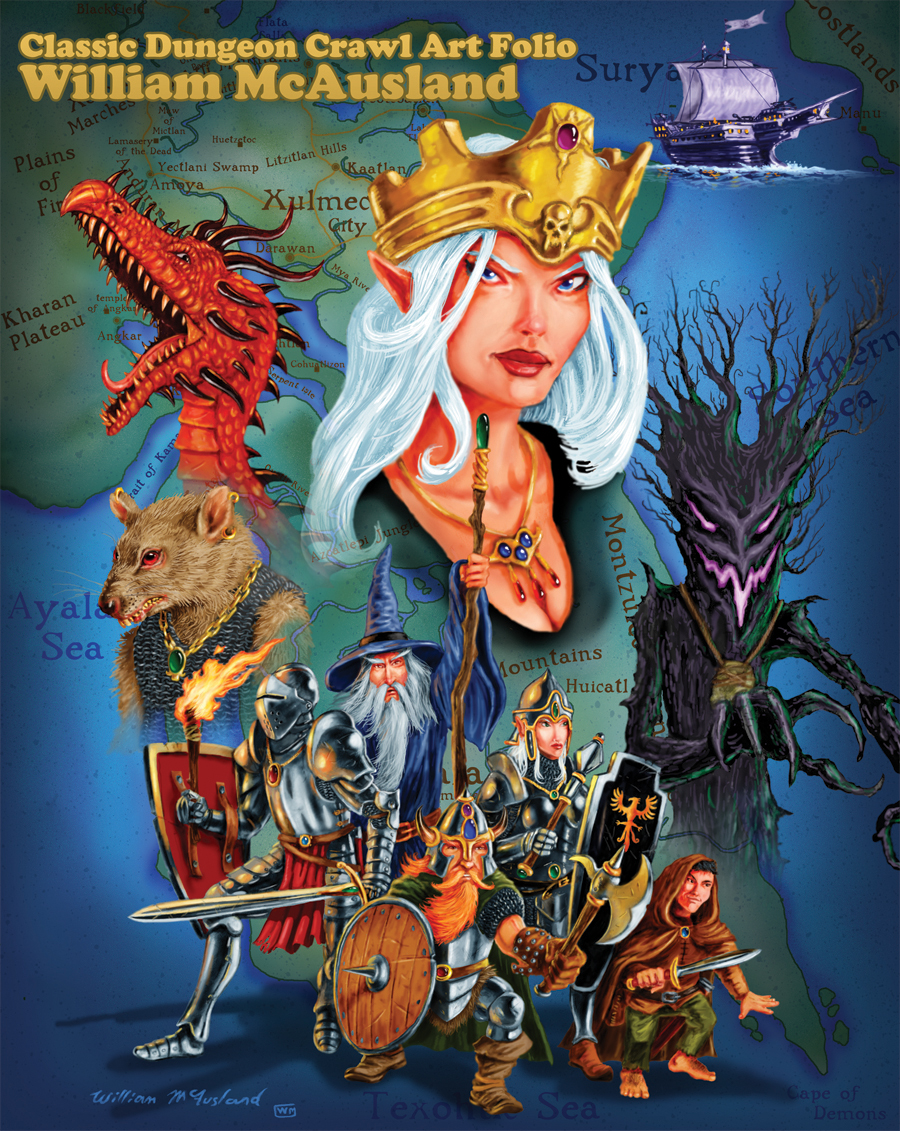 William McAusland commands an ink pen with an extraordinary level of detail. His images are filled with the finest lines imaginable, detailing complex scenes that almost need to be magnified to be understood. Most incredible – once you’ve seen his originals – is the fact that all his images are rendered “at actual size,” not reduced for printing. Will spent time as a jeweler’s apprentice early in his career and those years behind the jeweler’s loop really show. 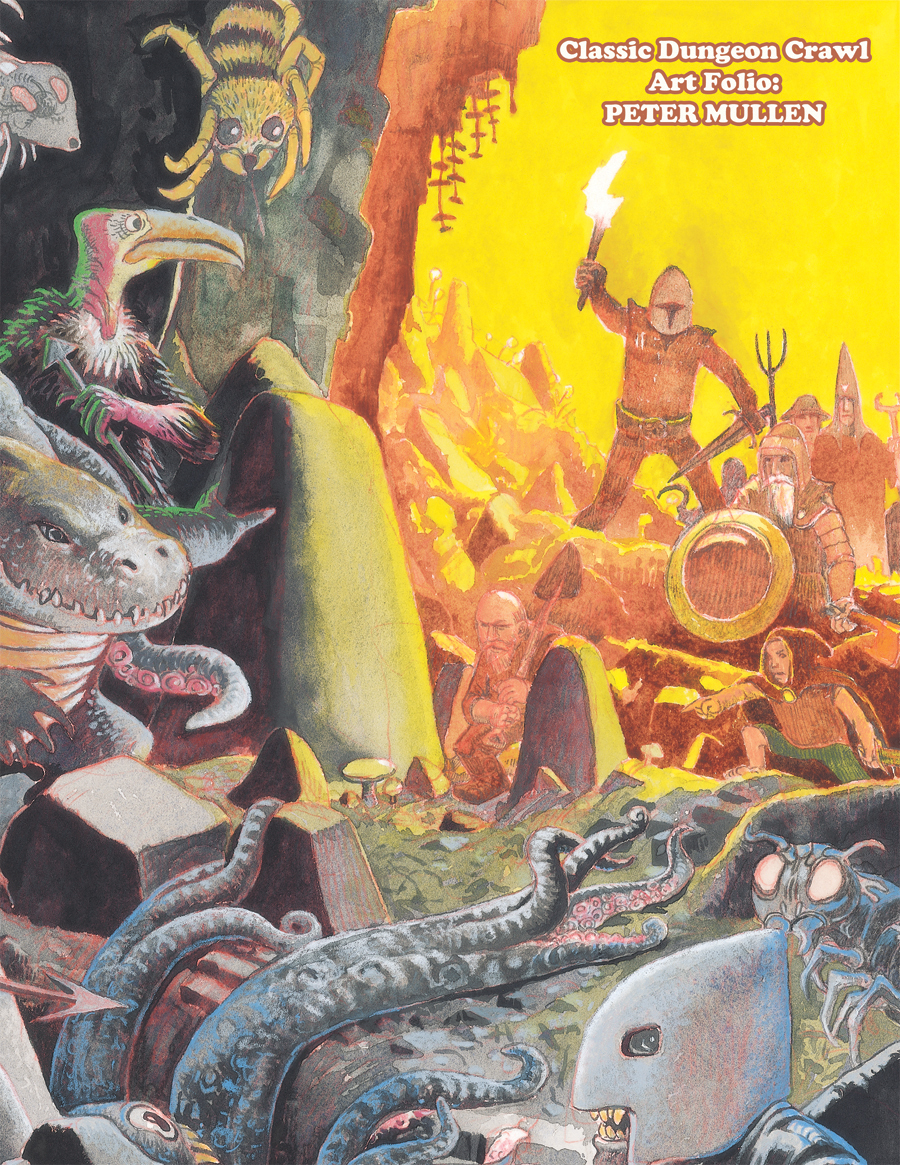 Peter Mullen continues the creative legacy of Erol Otus with a weird, otherworldly style. His work combines fluid line work with imaginative monsters that clearly come from an inspired mind. This is weird fantasy at its best, and it forces the reader to find a place in their games for his wild creatures.

One of the hallmarks of Goodman Games artists is the emphasis on traditional media. Many modern artists complete most of their work in digital format. All of the art produced by Doug, Brad, Stefan, Will, and Peter starts with a physical piece. An artifact remains after they complete their work—a physical piece of “real art” rendered on paper or board with inks or paint. You can see the paint strokes, the natural blacks of an ink pen, the slight imperfections of manually painted color. You can buy “original art” from these artists. When they work, there is a piece that remains. Just as Goodman Games remains committed to old-school games and the literature of Appendix N, we also value the art methods that produced Gary Gygax and Dave Arneson’s Dungeons and Dragons, and the art methods that produced the original authors behind Weird Tales and later the works of Appendix N. These five artists channel a legacy of great art to modern times. Help us support them!

Check out the collections from each of these talented artists in our online store!