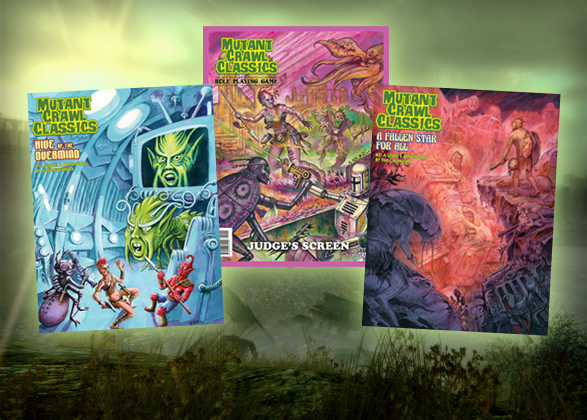 If you are a backer for the Mutant Crawl Classics Kickstarter, today is a great day for you! We have released the first two MCC adventures in PDF form for Kickstarter backers! Both MCC #1: Hive of the Overmind and MCC #2: Fallen Star for All are now available. Plus, we also have released a revised PDF version of the Judge’s Screen. Three new products in one day! Check Kickstarter for details on downloading your copies.

Now, if you didn’t back the Kickstarter, don’t despair. What this means for you is that we are just around the corner from releasing these modules to you. Once backers have everything, we will also make these available to the general public! It won’t be long until you are neck-deep in green slime and mutants!

As always, keep your eyes on our website. We’ve got your Mutant Crawl Classics coming!