Announcing The 2nd Printing of DCC #80: Intrigue At the Courts of Chaos

Home » Latest News » Announcing The 2nd Printing of DCC #80: Intrigue At the Courts of Chaos 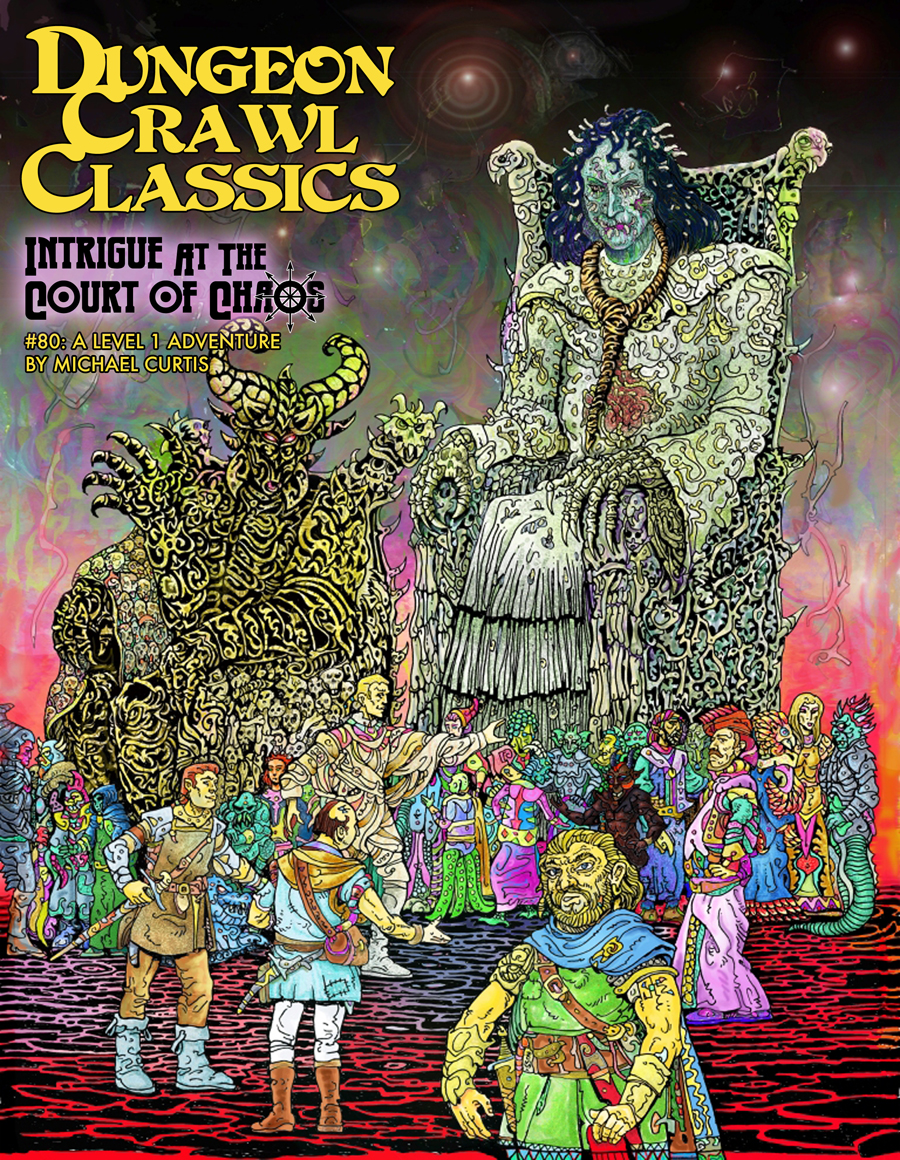 At Gen Con, Goodman Games announced several new projects, including the 2nd printing of DCC #80: Intrigue at the Courts of Chaos. This fantastic adventure by Michael Curtis sends the heroes to the Court of Chaos where they must treat with the chaos overlords themselves. The Host of Chaos desires a legendary artifact held by the Scions of Law and need patsies to retrieve it. Faced with an eternity of servitude, the party must sneak into the Plane of Law and steal the Yokeless Egg from under its guardians’ watch. But not all is what it appears when the Court of Chaos is concerned and serving the Host may destroy the party from within. Can they survive the Intrigue At the Court of Chaos?

This new 2nd printing features a fresh edit of the original adventure, with all-new cover art by TSR legend Russ Nicholson, cover artist of the original Fiend Folio! It will also include a new backup adventure written by Steve Bean.

Look for the 2nd printing in stores near you at the end of the year!