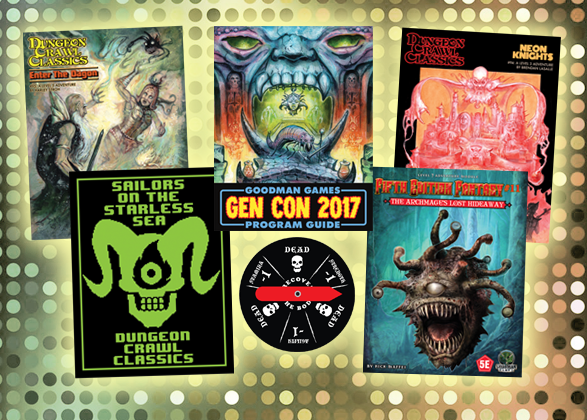 Part four? How many new releases are going to be at this show? Well, before you look this gift horse in the mouth, let’s talk about modules. 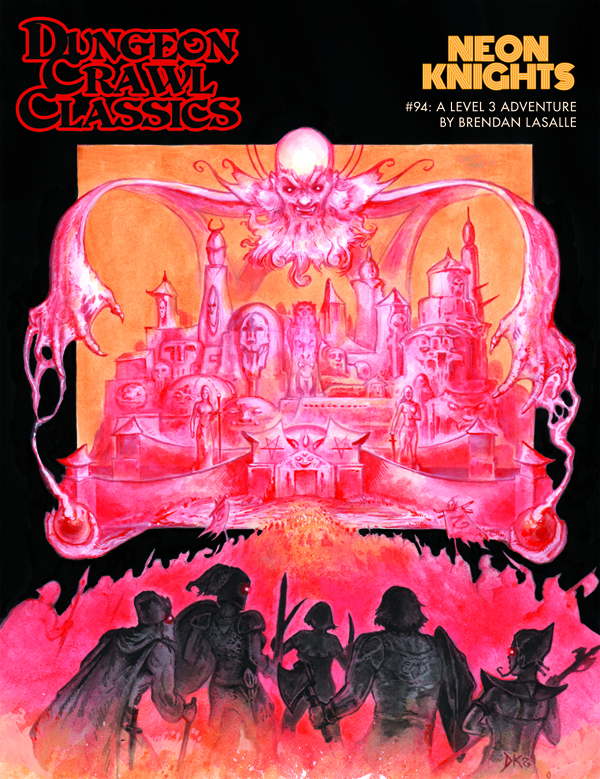 First up are the two new modules. DCC #94: Neon Knights is the new module by Brendan LaSalle. Ten thousand flawless killers surround the city, and you get the job of stopping them. Then suddenly, a wizard whisks you away to another world where you have to deal with a very different threat that leaves you with an odd pink glow around your eyes. Neon Knights is a full level three adventure for Dungeon Crawl Classics. 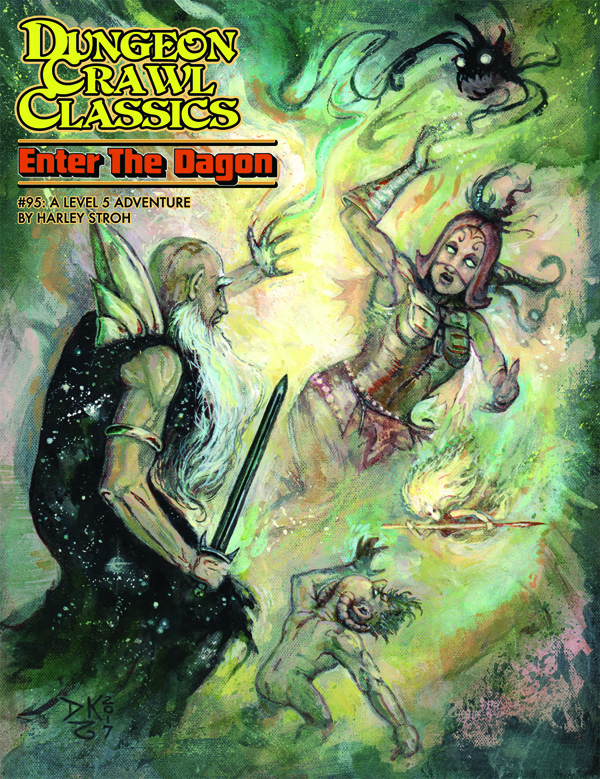 Then we have DCC #95: Enter The Dagon by Harley Stroh. This level 5 adventure takes the heroes to the legendary Isle of Dagon. To common folk, it presages death, pestilence and woe. To warlocks, witches and wizards, the isle offers a wealth of occult power, forbidden knowledge, and spells beyond the ken of mortal man. But before you can lay claim to the island’s secrets, first you must survive its fabled spell duels – a series of death matches where only one caster may reign supreme. 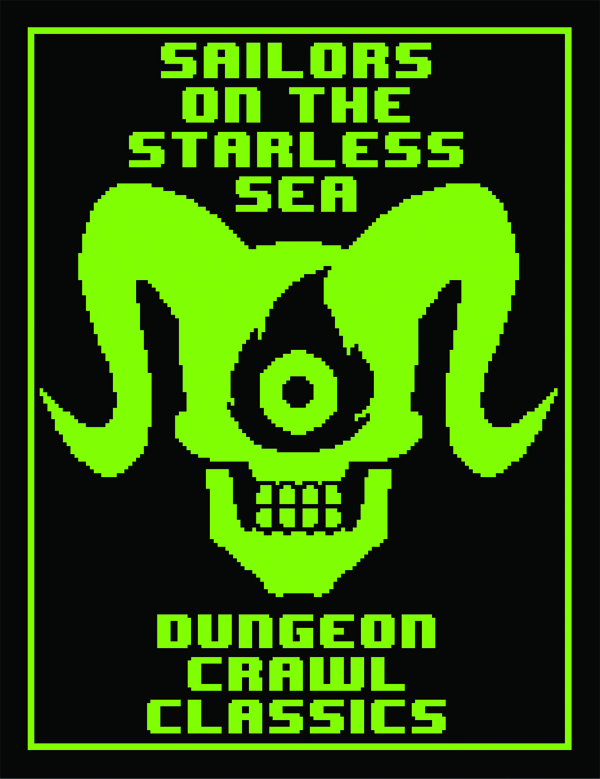 And to help celebrate the 5th anniversary, we proudly present DCC #67: Sailors on the Starless Sea, 5th Anniversary Edition with 8-bit cover design. This is a limited edition release for Gen Con, and will not be in stores. And if it sells out at the con, it will not be released online. This special edition includes the original adventure plus the expanded “Summoning Pits” bonus content. Also included are all ten of the artist variant covers from the artist’s edition, original sketches from Doug and Harley, and some behind-the-scenes notes. Buy it at Gen Con and get it autographed by just about everyone involved! 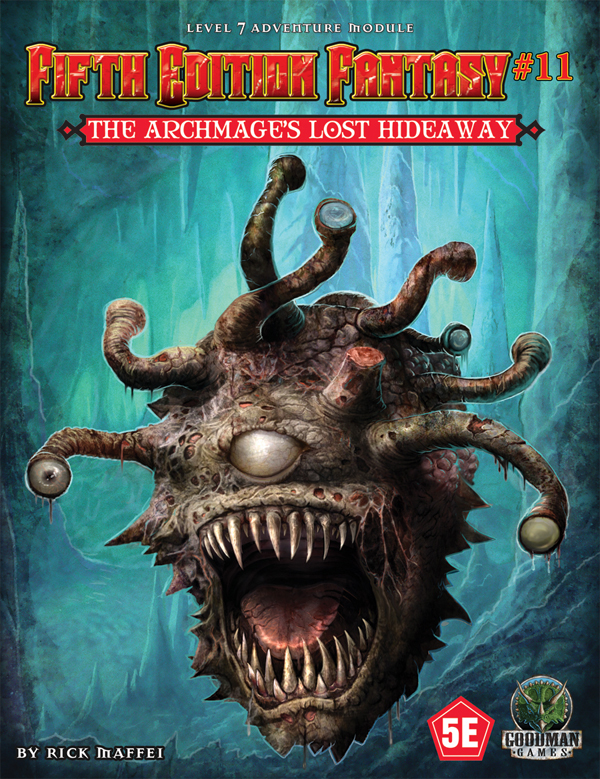 Dungeons and Dragons 5e fans will love to get their hands on the new Fifth Edition Fantasy #11: The Archmage’s Lost Hideaway by Rick Maffei. This new adventure is for level 7 characters. The archmage Deldrammon disappeared decades ago, and his tower has since crumbled to ruin. Yet whispered rumors persist about an extra-dimensional lair where he conducted his most dire experiments. Such a place could hold magical secrets and eldritch danger—if it exists. The sudden appearance of a fiendish creature near the ruins of the archmage’s tower indicates that the rumors may be true. Dare the adventurers seek the archmage’s lost hideaway? 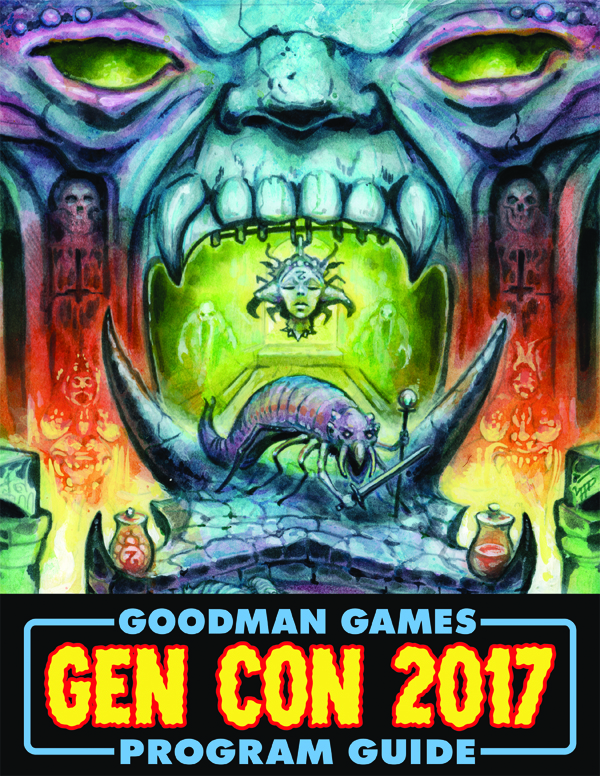 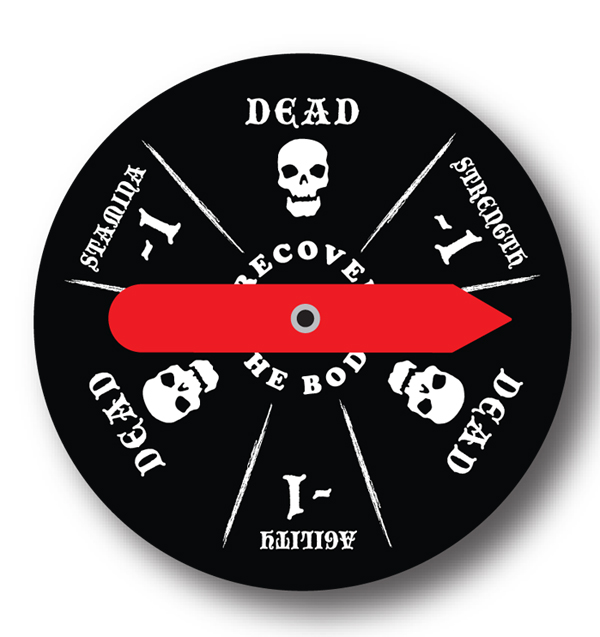 And, we have another special item that was manufactured just for this show. We call it a Death Spinner. What is it? Well, just what it sounds like! It’s a spinner that lets you know whether or not your character has survived. You won’t be finding this item anywhere else, but you can buy one at Gen Con 2017!

Wow. That’s a lot of stuff. Let’s go over it one more time. At Gen Con 50 you’ll be able to purchase: 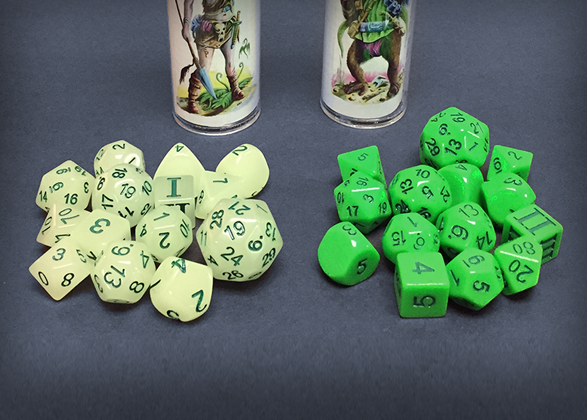 Oh, and if you pledged for them and filled out the special survey that was sent out, you’ll also be able to pick up your Mutant Crawl Classics Dice Set. We’ll have both Kilra’s Glow in the Dark Dice, and Grakk’s Rad Dice on hand. You might want to stop by the booth to check those out, too.

Gen Con 2017 is going to be huge. We can’t wait to see you guys there! And, btw, we do have one more update on new releases coming tomorrow…