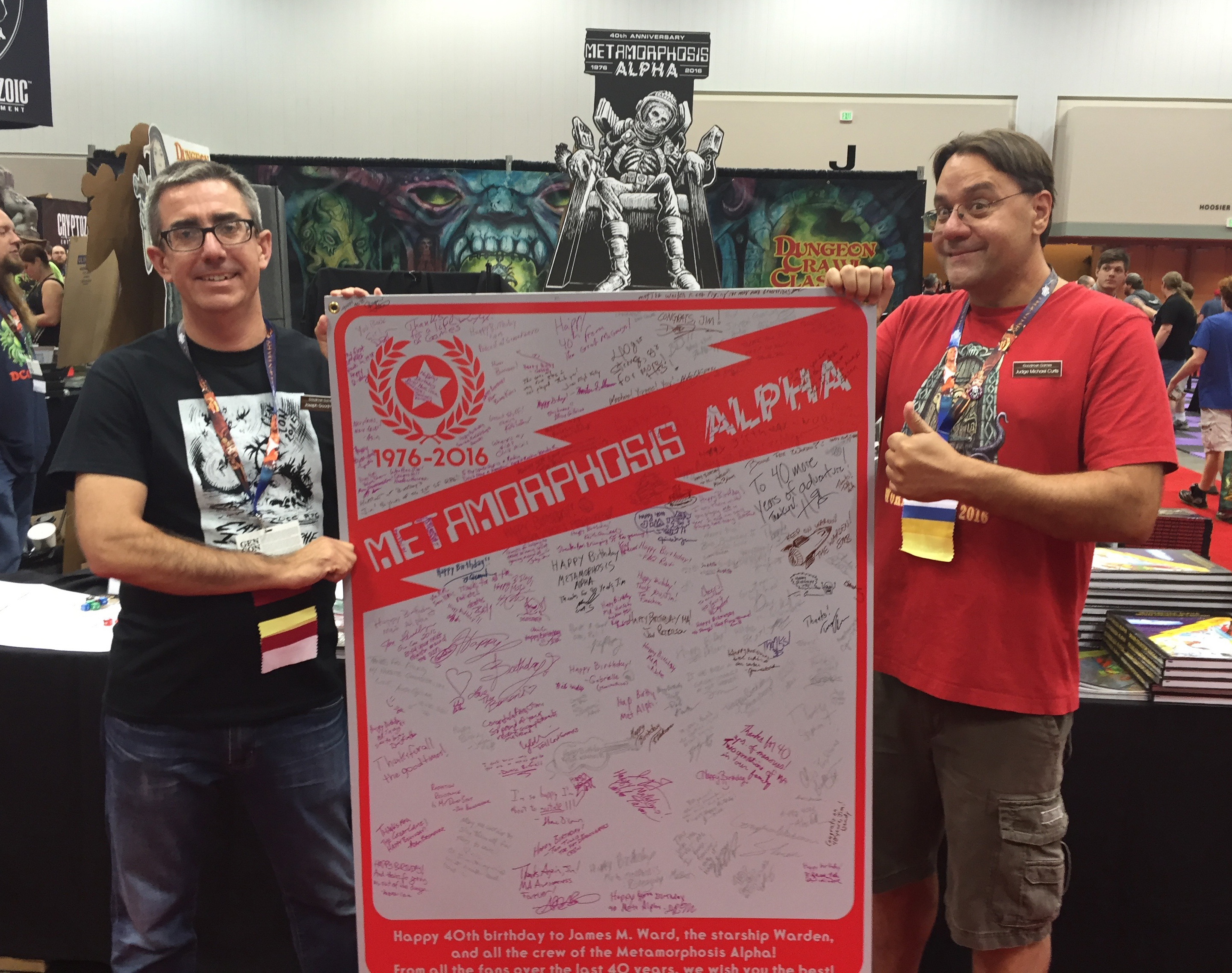 2016 was the 40th anniversary of the release of Metamorphosis Alpha, and now in 2017 we finally have a setting supplement in Epsilon City. Epsilon City realizes creator James M. Ward’s vision of the main city and entertainment complex on the Starship Warden.

Epsilon City wasn’t even half full when the interstellar radiation cloud destroyed the people of the ship and turned 99% of them into piles of white ash. The city was wiped out. Now, three hundred years later, things are vastly different in the city. The A.I. is insane and has an aggressive personality. The special robots have had to change or be destroyed, and have mutated much like the rest of the life on the ship. Wolfoid packs now inhabit many sections of the city and consider this metropolis their lair. And many more dangers lurk, hidden and waiting to be explored…

In celebration of 40 years of Metamorphosis Alpha and the release of Epsilon City, we previously asked several gamers and authors to recount their favorite memories of MA…you can find them in the updates on the Epsilon City KS…here they are if you want to read them again fresh!