Tales From The Road Crew 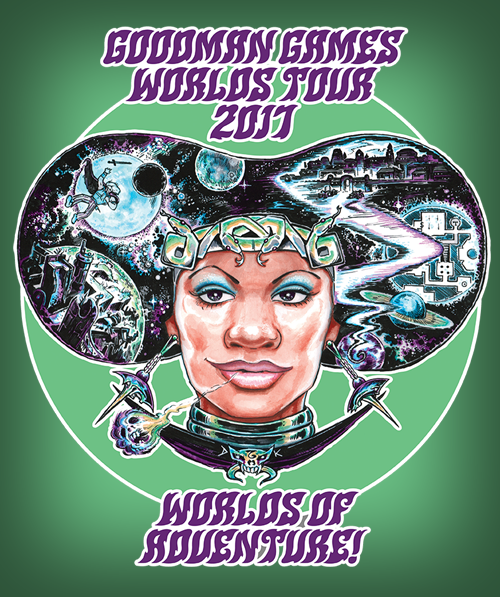 We have the best fans in the world. And, as an extension of that fact, we also have the best Road Crew in the world. Our fans spread the love of Dungeon Crawl Classics and all things Goodman from one end of the globe to the other. As such, we get some wonderful stories that we get to share. This is one of those stories….

Thirteen players –  yes, thirteen –  gathered to find lost children in the Carnival of the Damned. I ran it tournament-style, with each player controlling one character and pulling a new villager at random if they died.

We went through 32 villagers, with only one player surviving the Carnival with her beginning villager. My players loved the funnel! My store was filled with burst of laughter, screams of fear, sighs of disappointment, and cheers of victory.

In the encounter with the Ball Pit Horror, when one player made to attack, I remarked that he better get a crit.  The dice fell and landed on a 20….the table erupted in shouts of victory from every player. Customers in the store all turned to the table to see what was going on.  From that moment on, we had a crowd gathered around watching us.

In the same combat, a player took his club, threw up one of the small leather balls in the pit, and hit it at the Horror.  He wasn’t expecting to do anything just annoy it. He rolled the dice and a 20 appeared again.

The table erupted again. The moment was so stunning, that the attack turned into a line drive that penetrated the Horror’s huge single eye, exploding it, finishing the horror.

This is the kind of fun that DCC can generate. The type of energy that our fans bring to the game. And you can be a part of it! Join the Road Crew! Get free swag for running events! And, if you sign up to run an event in June, you might even win a trip to Gen Con!

We await YOUR story….