Adventures in Fiction: Fritz Leiber, H.P. Lovecraft, and the Origin of Sword-and-Sorcery Stories

Fritz Leiber, H.P. Lovecraft, and the Origin of Sword-and-Sorcery Stories 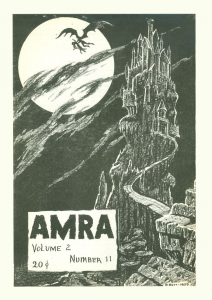 In the May 1961 issue of the fantasy fanzine Amra, future stalwart of Appendix N, Michael Moorcock, wrote a letter to the editor in which he proposed the term “epic fantasy” for the literary genre pioneered by Robert E. Howard in his stories of Conan the Cimmerian. In the July issue of that same year, however, Fritz Leiber offered another term in reply, writing, “I feel more certain than ever that this field should be called the sword-and-sorcery story.” Leiber elaborates a bit on his coinage, adding that this term “accurately describes the points of culture-level and supernatural element,” as well as being useful in distinguishing these stories from other popular pulp genres.

Leiber began corresponding with Lovecraft in November 1936 and immediately impressed the older writer. Lovecraft described Leiber, in a letter to R.H. Barlow, as “a genuine find” and took a great interest in both Leiber’s poetry and fiction. Lovecraft read “Adept’s Gambit” and wrote a long letter to Leiber in which he praised the tale and commented on it extensively. Among Lovecraft’s criticisms were numerous historical errors and anachronisms. No doubt long time fans of the stories of Fafhrd and the Gray Mouser must be wondering what sort of errors and anachronisms HPL could possibly have found in a story set in Lankhmar, a wholly fantastical city. The fascinating truth is that the story was not set in Lankhmar at all but in the city of Tyre during the time of the Seleucid dynasty. 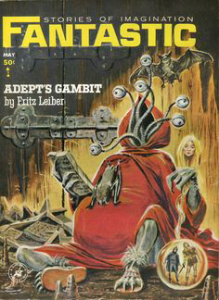 Lovecraft urged Leiber to rework his story so that it was not a historical fantasy but rather a straight fantasy without any real world references. In addition, he suggested that Leiber excise allusions to elements of his own Cthulhu Mythos. While it might be a stretch to say that H.P. Lovecraft was inadvertently responsible for the creation of Nehwon, the fact remains that, prior to receiving his critiques of “Adept’s Gambit,” Leiber was seemingly more interested in using the world of Late Antiquity than in creating his own original setting. On the other hand, there is evidence that Lankhmar (sometimes spelled Lankmar or Lahkmar) already “existed” in some fashion as early as 1934, though why Leiber chose not to use that name and location in “Adept’s Gambit” is anyone’s guess. In any event, after his correspondence with Lovecraft, Fafhrd and the Gray Mouser became firmly ensconced in Nehwon, appearing in more than three dozen short stories, novellas, and novels between 1958 and 1988.

Of interest to roleplayers is the fact that Leiber and Fischer were ahead of their time when it came to considering the possibility of using Nehwon as the basis for a game. Sometime in 1937, after Leiber had begun his correspondence with Lovecraft, the two of them created a wargame set in the city they had imagined together. The game board depicted the city of Lankhmar and the surrounding areas of Nehwon and was quite large – about five feet long and two and a half feet wide – and constructed of multiple layers of cardboard, enabling differentiation between high and low elevation. Individual heroes were represented with corks, while mercenaries, mounts, and weapons were represented through the use of other tokens. 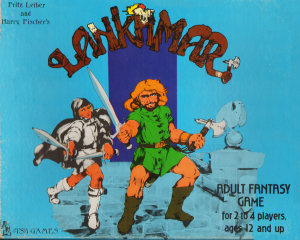 The goal of the game was to amass wealth and power in Nehwon, but what makes it especially noteworthy in hindsight is its individual focus. Players assume the roles of heroes in their adventures and quests rather than abstract military commanders, as was common in wargames of the time. While not explicitly a roleplaying game in the sense we understand that term today, Leiber and Fischer’s game does look, with the benefit of hindsight, to have been yet another example of a wargame used as the basis of a proto-RPG, years before David Wesely’s first Braunstein scenario or Dave Arneson’s first Blackmoor session. Gary Gygax may well have recognized this, too, leading to the formal publication of the game by TSR in 1976 under the name Lankhmar.

Remarkable though Lankhmar is from a historical perspective, its influence on RPGs is non-existent, postdating, as it does, the initial publication of Dungeons & Dragons. Fritz Leiber’s more direct influence comes in the form of the many adventures of Fafhrd and the Gray Mouser that he penned over the course of three decades. Like Abraham Merritt mentioned in a previous installment of this series of essays, Gary Gygax consistently singled out Leiber as being an author whose works he especially enjoyed. There can be little wonder why this might have been the case. Unlike Howard’s Conan, who was by nature a loner, Leiber’s duo were (with one notable exception) inseparable, fighting side by side against all manner of foes in pursuit of gold and glory. They could, in fact, quite reasonably be called archetypal player characters. 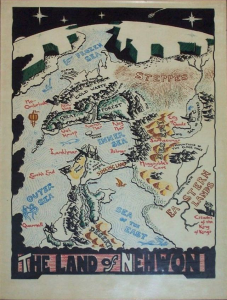 Above all, however, Fritz Leiber’s stories are rollicking good fun, filled with exotic locales, perilous dangers, and witty dialog – everything that a good fantasy adventure should contain. These stories are fast paced and engaging, yet not without depth. Indeed, one of Leiber’s most notable qualities as a writer is his ability to create believable characters whose virtues and flaws propel the story. The world of Nehwon is a fascinating one, to be sure, but, for my money, it is Leiber’s characters, from Fafhrd and the Gray Mouser to Pulgh the Overlord to Krovas of the Thieves’ Guild and more. These characters help to ground the fantasy of his stories, which gives him leave to let his imagination run wild when it comes to his descriptions of strange lands, horrific beasts, and wondrous magic. Fans of fantasy, whether literature or games, would do well to spend some time with this master of the genre.