Come out to these upcoming game conventions and play with the Goodman Games crew! There will be great new road crew swag for all participants, along with the usual Dungeon Crawl Classics, Xcrawl, and Metamorphosis Alpha shenanigans. There might even be some Mutant Crawl Classics going on in Texas. 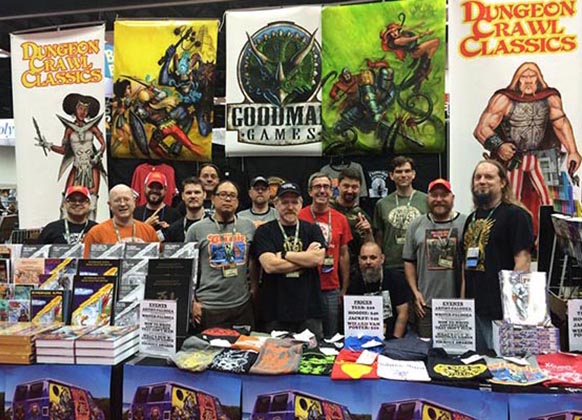