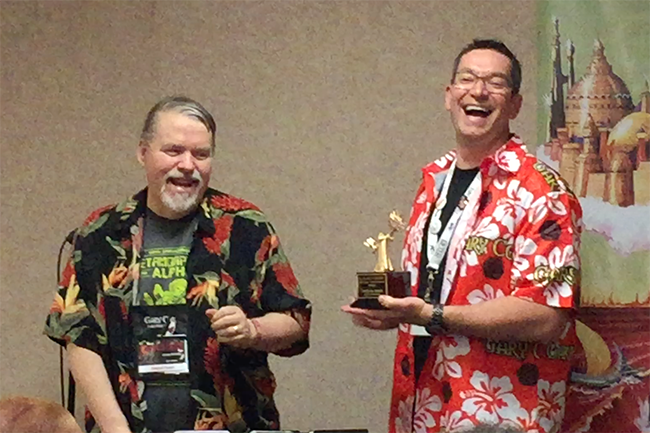 Metamorphosis Alpha creator James M. Ward was honored with the first-ever E. Gary Gygax Lifetime Achievement Award. The award was given out Saturday night at Gary Con this past weekend in Lake Geneva, WI, the birthplace of TSR. Luke Gygax officiated and presented the award to Mr. Ward. 2016 is the 40th anniversary of Metamorphosis Alpha, and Mr. Ward’s lifetime of achievement in game design is a fitting tribute to his friend and mentor, Gary Gygax, after whom the award was named. Luke’s speech on Mr. Ward’s credits and accomplishments was quite lengthy – he really does have a lifetime of achievement, of which Metamorphosis Alpha is just part. We’re honored to work with Mr. Ward and publish his products. 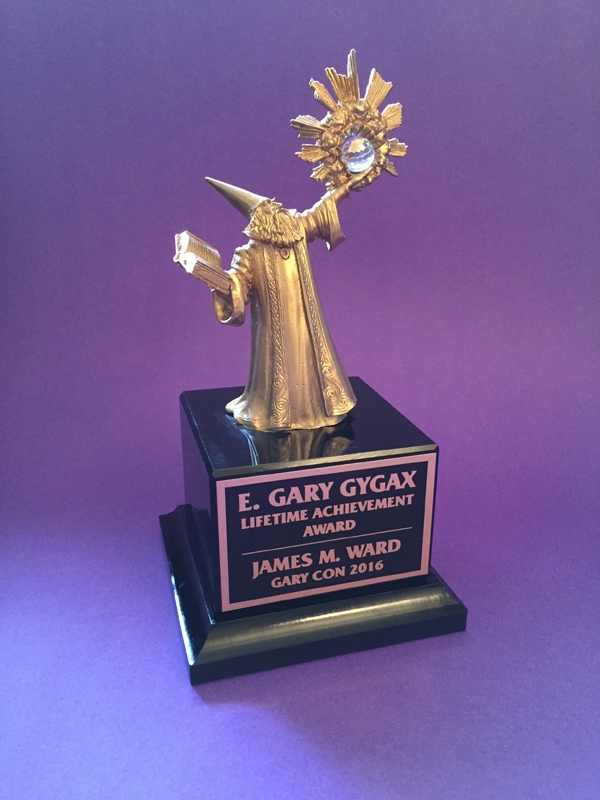