General talk about Goodman Games. If it doesn't go anywhere else, post it here. Includes news, announcements, questions, gossip, and so on.

Another awesome Gen Con under the belt!

I can't possibly recap all the awesomeness. It was a great four days. As a way of covering a lot of ground fast, here are some fun photos that will get across some of the highlights. 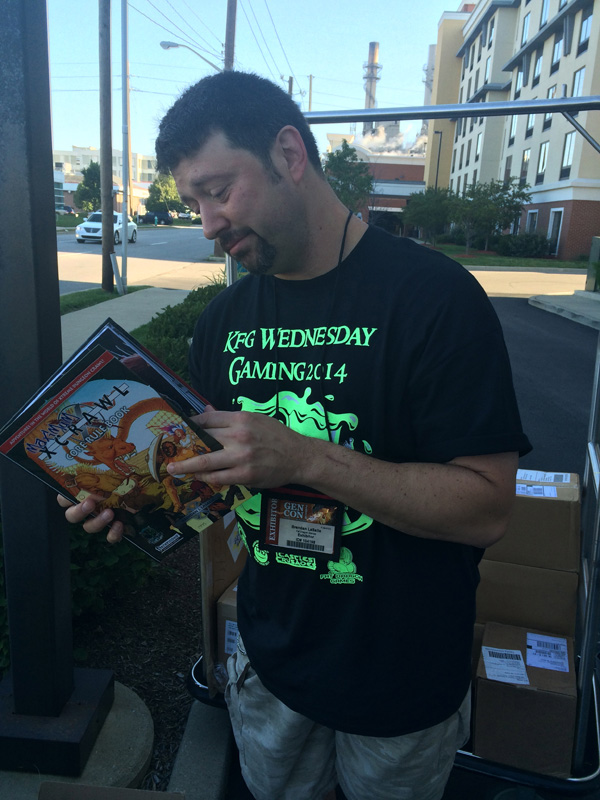 Brendan falling in love with his own creation, Maximum Xcrawl, after unboxing the very first copy. 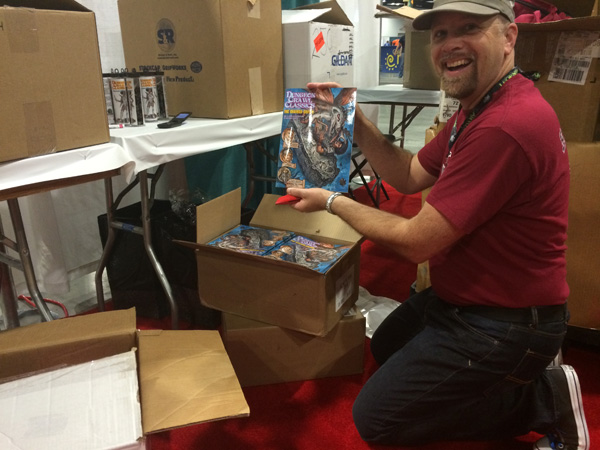 Steven Bean pulling out the first copy of DCC #83: The Chained Coffin, including his mini-adventure The Rat King's River of Death! 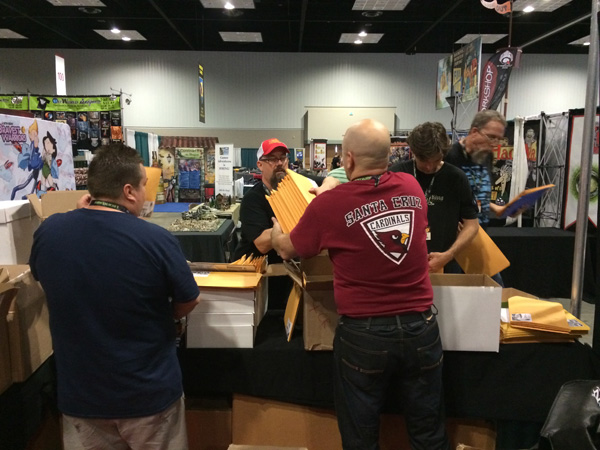 The crew processing the giant stack of Kickstarter backer copies. 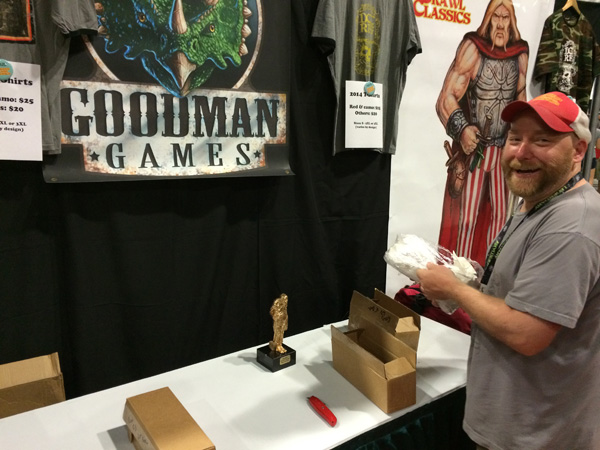 Harley unboxing the beautiful trophies for his tournament. 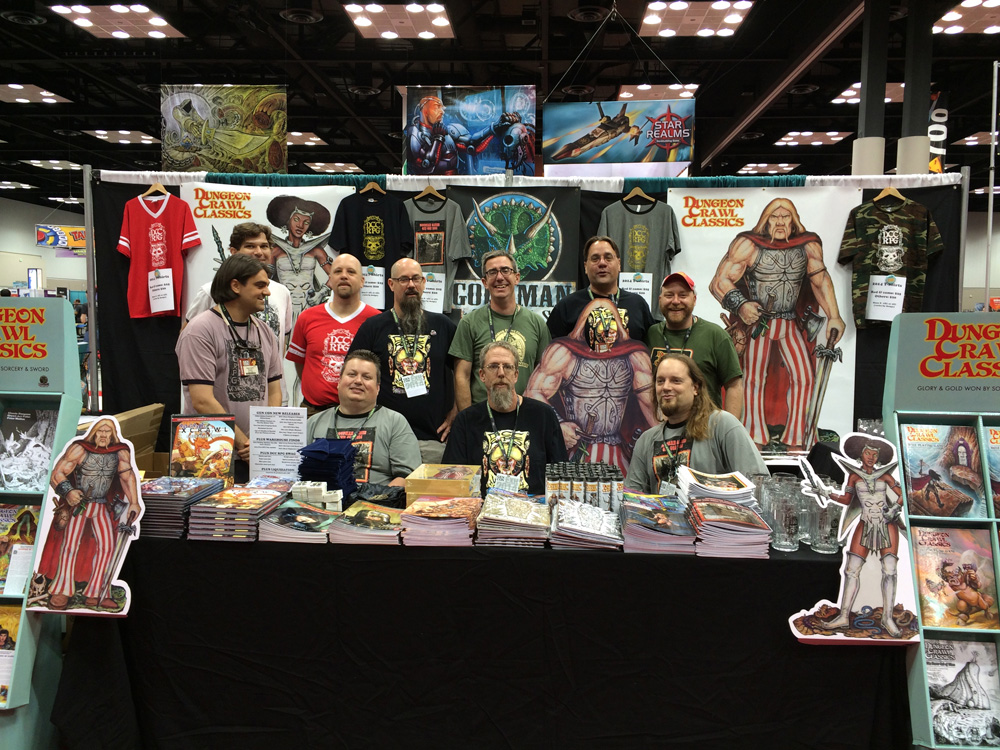 Team photo at the booth right before opening! 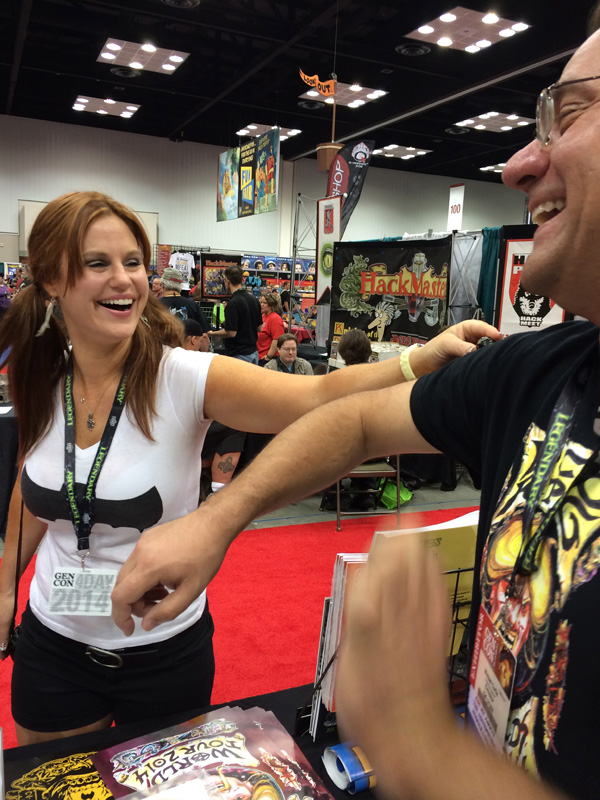 Fans who bought the Gen Con Program Guide got a lucky roll. One result was to rub a die on the Goodman Games writer of your choice. Rub for luck…and Mike gets chosen! 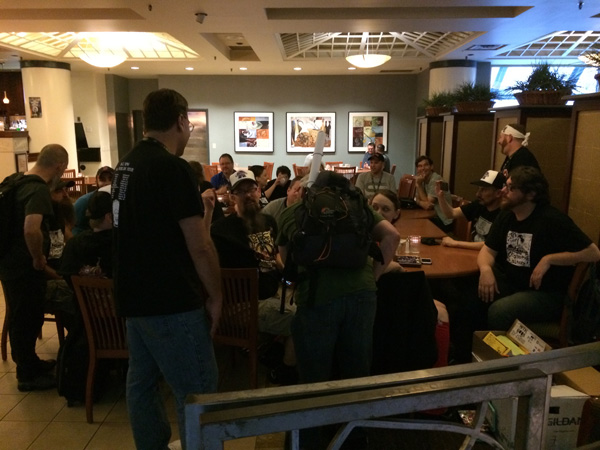 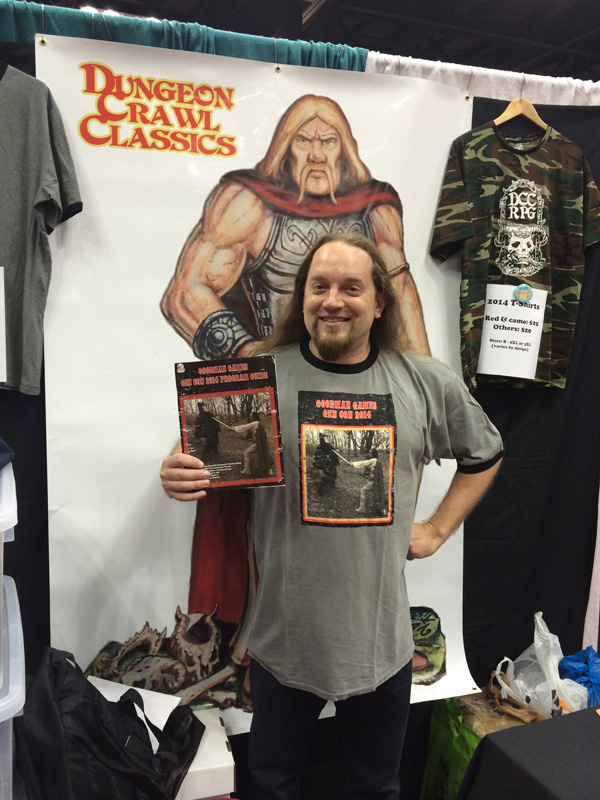 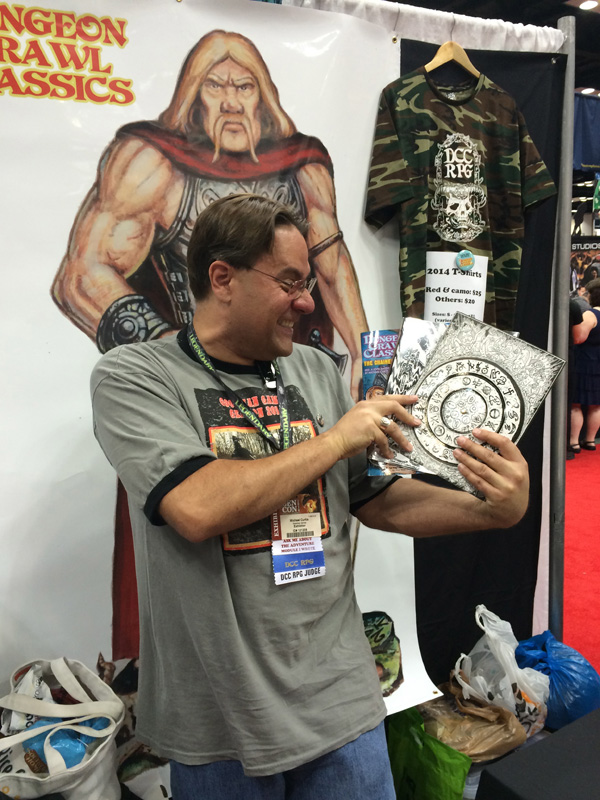 Michael Curtis cursing the module that has consumed so much of his life! 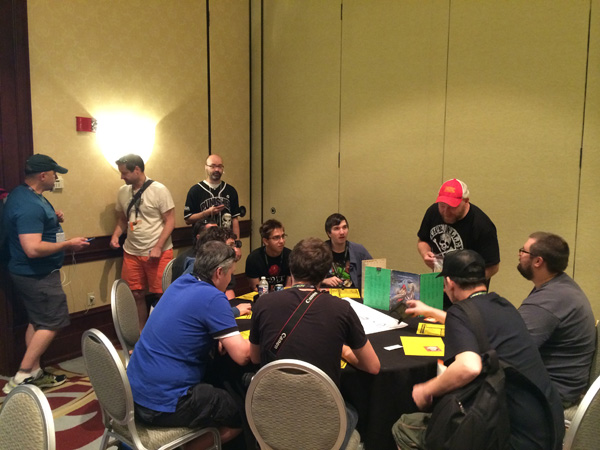 A moment in Harley's tournament. There were lines out the door for every session! 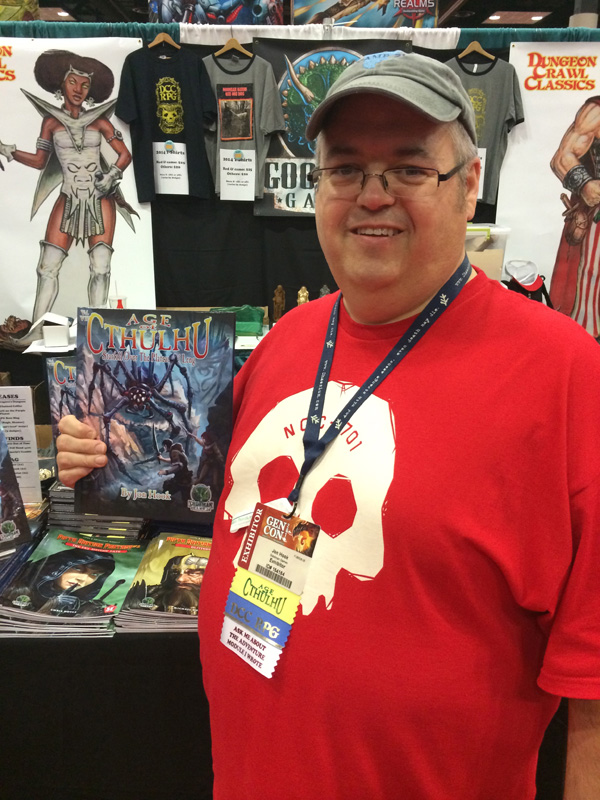 Jon Hook with a copy of his AOC8: Starfall Over the Plateau of Leng. 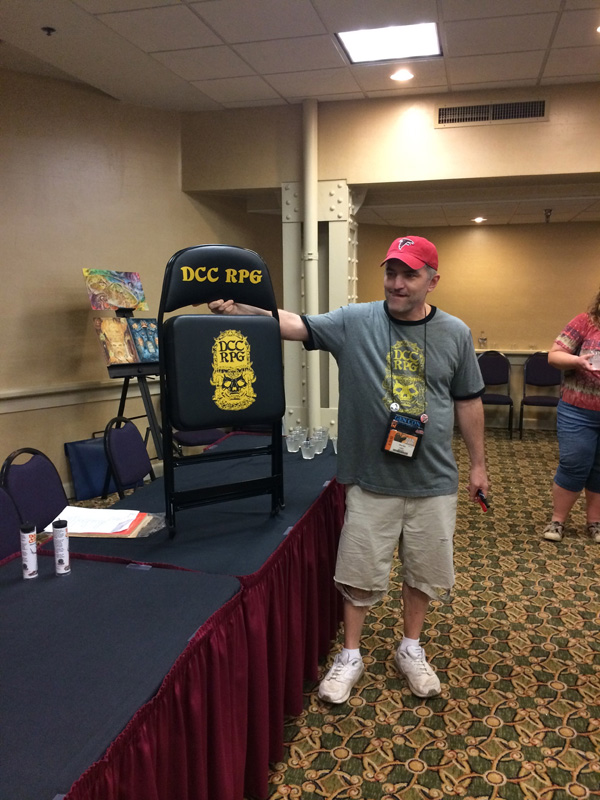 Rick Hull with his custom-printed DCC RPG chair. Who brings their own chair to our seminar? Rick does! 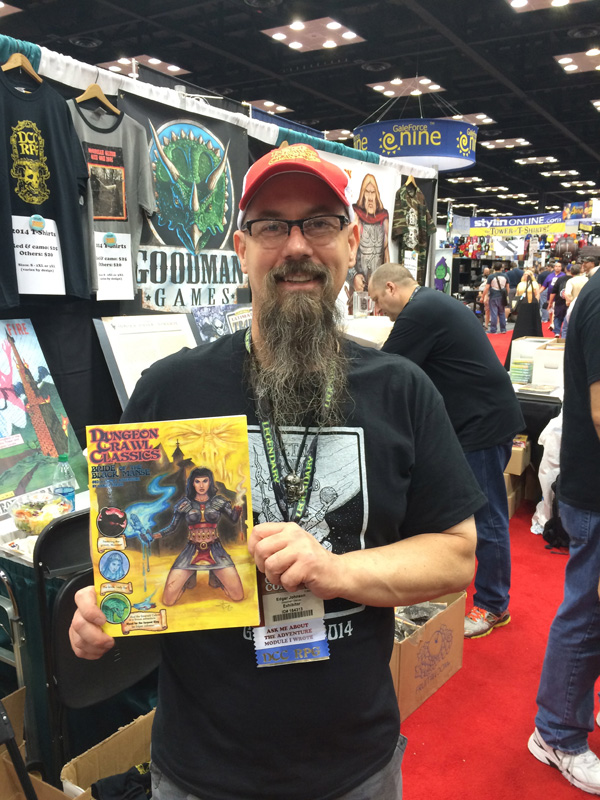 Edgar Johnson with a copy of the module featuring his adventure, Blood for the Serpent King. 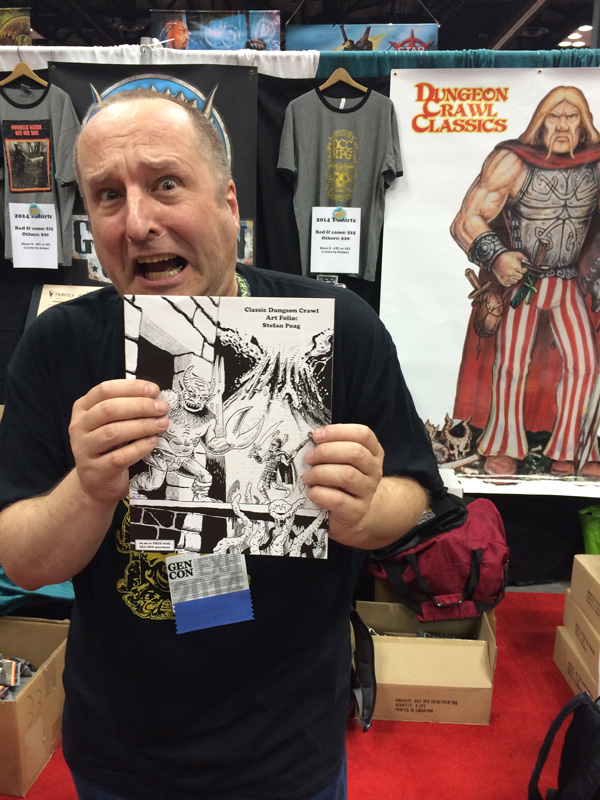 Stefan Poag horrified by his own creation. 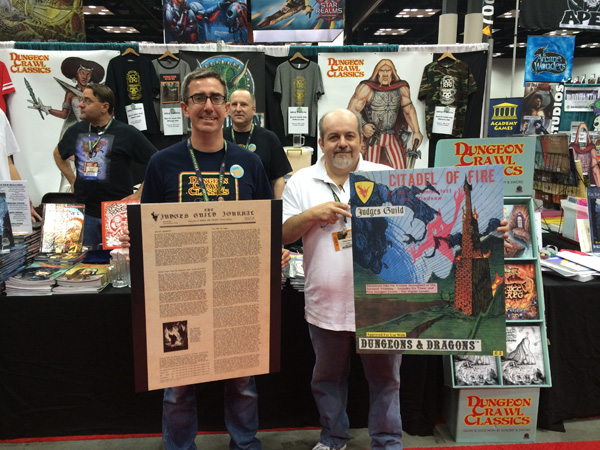 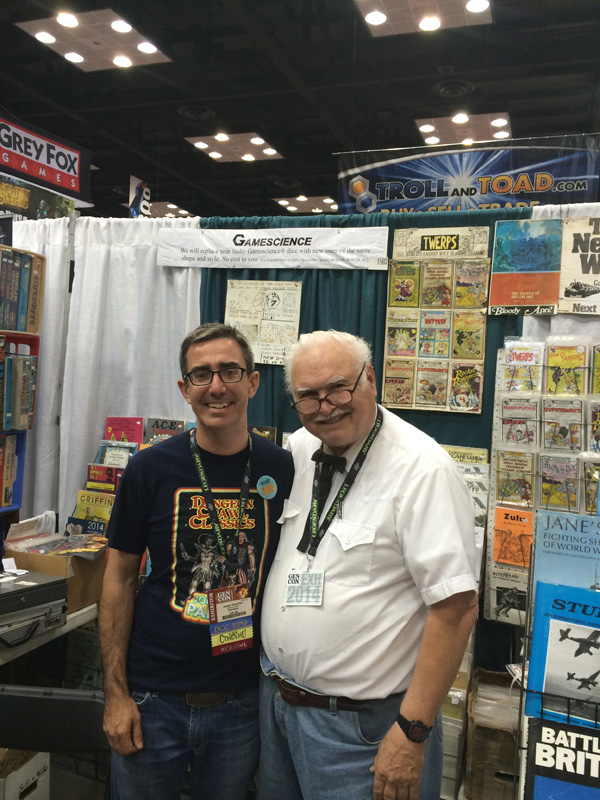 Joseph and Lou Zocchi. We had a chance to chat about a few things. 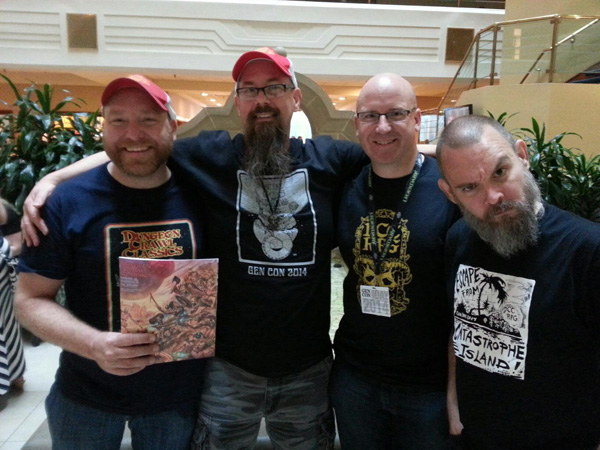 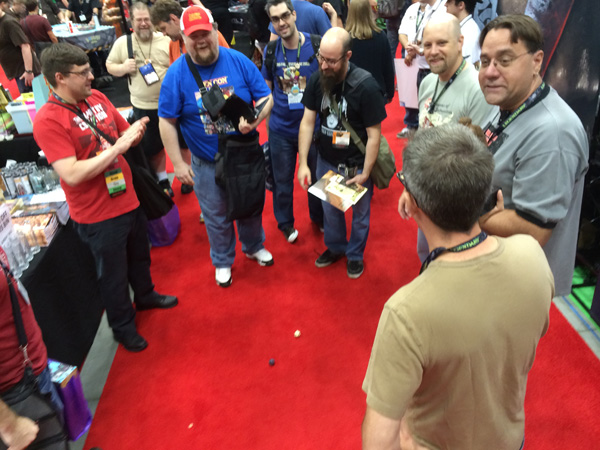 Harley's tournament ended with a three-way tie! The only solution? Dice off! 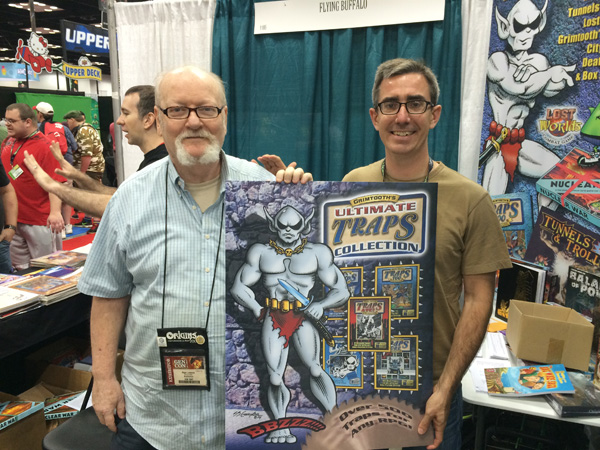 Joseph and Rick Loomis after announcing the Grimtooth's Traps compilation. 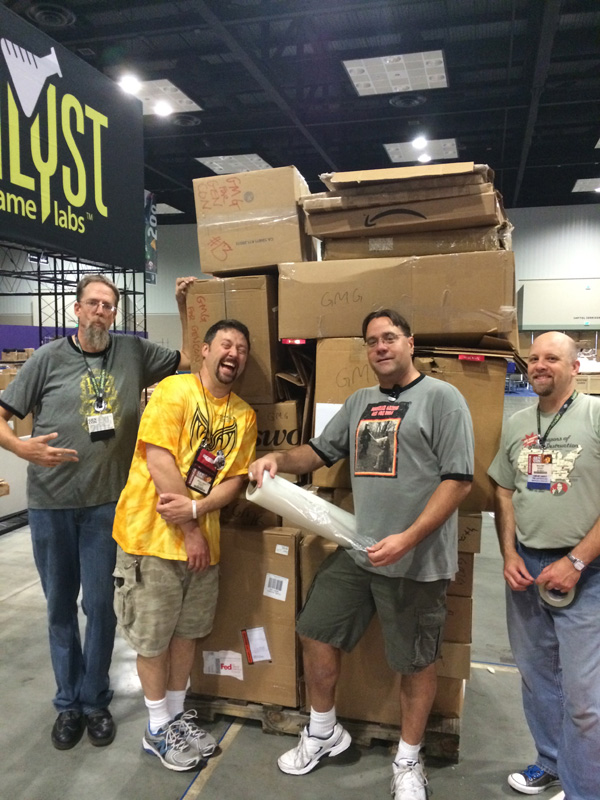 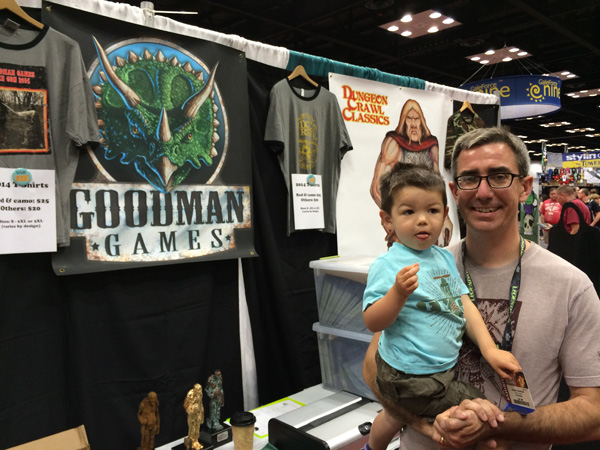 Awesome captures. It was a pleasure to work with the team, however briefly. I will work on my credit card-swiping skills!
~Judge Jen
Spellburner, Keeper of Mysteries, and Chief Acolyte* for DCC RPG
*the Dark Master said so!
Top

Someday, hopefully before I die, I would love to attend.
Top

Now that I've had a couple days to recover, I'm ready to do it again.
Dieter Zimmerman
[[Faceless Minion of the Dark Master]]
Top

Man, I wish my plane landed early enough so I could've participated in the set-up of the booth. Next time, guys... next time for sure!
Top
Post Reply
6 posts • Page 1 of 1